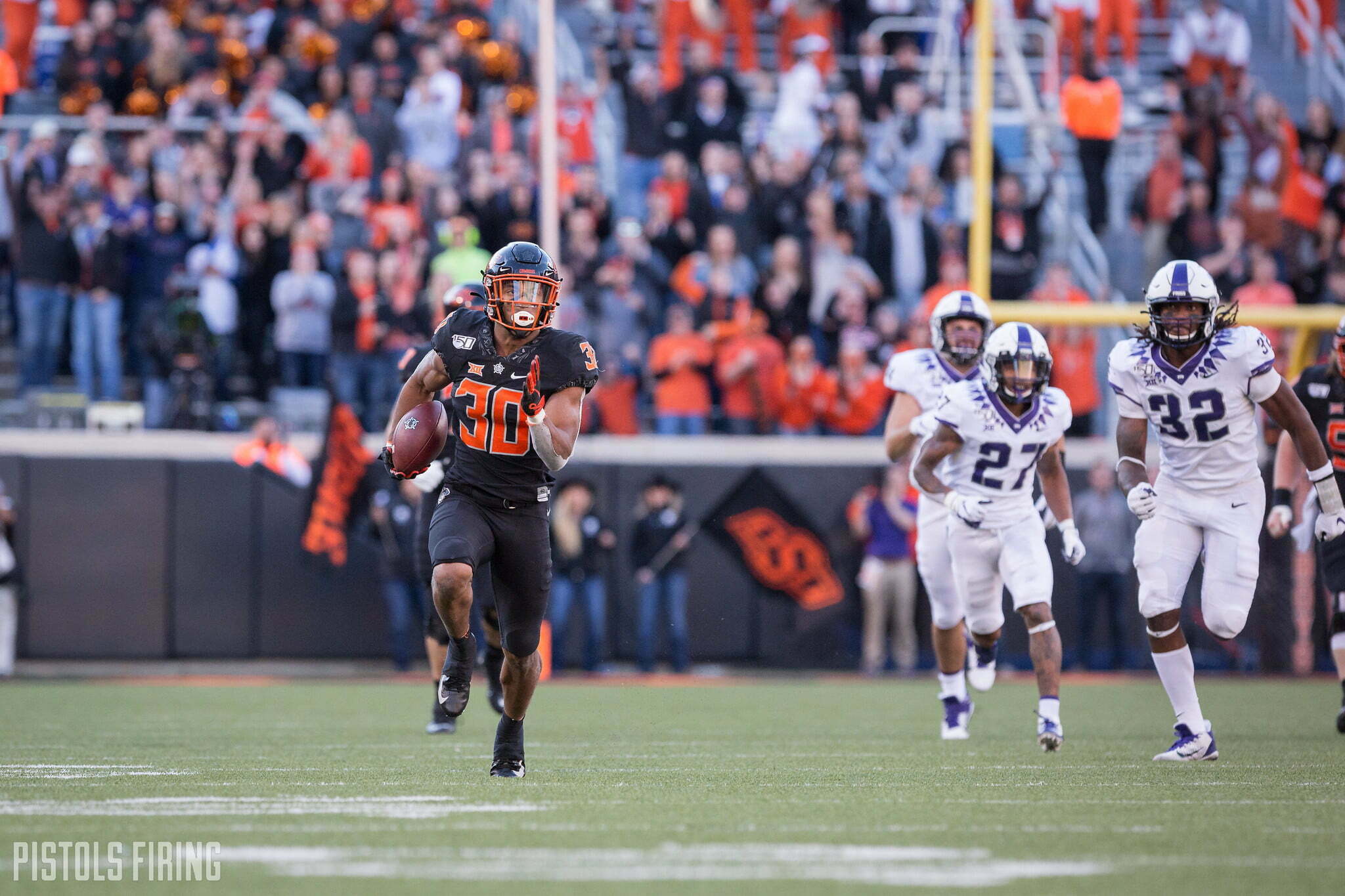 Chuba Hubbard is off to the Queen City but not before leaving his mark all over the Cowboys’ record book.

Hubbard proved himself a Top 10 rusher in Oklahoma State’s program history during his three seasons of playtime. Let’s update OSU’s rushing records and see if any 2021 Cowboy rushers (mainly LD Brown) have the chance to break into these lists this upcoming season.

Hubbard’s 625 yards in 2020 moved him to eighth in program history in career rushing yards. The majority of his 3,459 rushing yards came during his NCAA-leading 2019 season.

Thurman Thomas still seems to be in untouchable territory.

It’s unlikely anyone will crack into this list in 2021 unless LD Brown goes full 2019 Chuba Hubbard. Brown has 1,044 career rushing yards to this point, meaning he would need 2,041 rushing yards next season to tie for 10th. That would be the third-best rushing season in program history.

Hubbard scored five rushing touchdowns in 2020, moving him out of a tie with Bob Fenimore and ahead of his predecessor, Justice Hill.

Barry Sanders’ 53-touchdown record is ridiculous, especially considering 42 came in 1988. With that said, the 53 in a career could be caught at some point. It would take someone averaging 14 touchdowns a year for four years, which would be impressive, but is doable.

Brown would, again, need to have a sensational year to end up on this list with eight rushing TDs to date. The 20 touchdowns he would need to tie Bob Fenimore would be the No. 6 rushing TD season in program history.

Hubbard was second on this list entering 2020 at 6.27 yards per carry, but his 5.91 is still well among the elite in program history.

This is a list that Brown could break into next season, as he would be on it now if he had the minimum 200 carries. He has averaged 5.7 yards through his 183 career carries.

Hubbard is just one of four running backs in program history to average more than 100 yards a game. His naysayers talk smack on his 2020 season, but he averaged 89.3 yards in the seven games he played in, which is still a respectable number with guys like Brown and Dezmon Jackson backing him up.

Unfortunately for Brown, he isn’t going to crack this list because of his work as a spot-duty back to this point in his career. He has averaged 29 yards a game through his 36 career games.