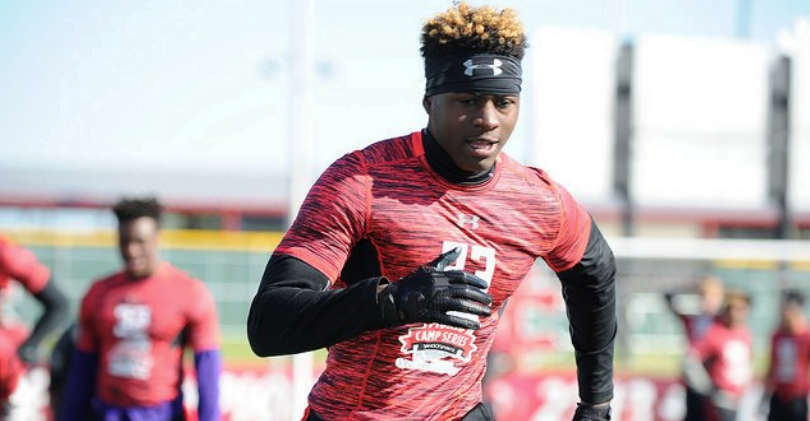 With a Big 12 title on the line Saturday, both teams have a lot riding on the outcome on the field. Off it, though, there’s some large implications as well, specifically in recruiting. The Sooners and Cowboys have typically strayed far from one another in recruiting, but at times they do battle for the same targets. Which makes the stakes all the more higher. Here’s a look at several recruiting battles that could be won (or lost) in Bedlam.

Fields is perhaps the biggest name of the bunch. He has an OSU offer, but OU is lurking in the trenches as they appear to be waiting on other targets on the board. Fields will be in Norman for Bedlam, so a win would go a long ways in potentially swaying him.

The former Baylor commit has gotten a ton of attention lately after OU jumped on board with an offer. He is a big-time athlete who could play anywhere in the secondary. He named OSU and OU in his top five earlier this week, so the outcome of the game could play a huge factor.

Lott is the latest offensive line offer from Ardmore (OK). OSU wants to take another offensive lineman in the class, winning could help in his recruitment. Especially with an in-state prospect.

Morton is an Oklahoma State commit who has gone somewhat radio silent from Gilmer, Texas. He’s an ultra talented prospect who I think is getting some serious interest from Texas — which is very concerning for OSU. A win over OU may not be a swaying point to keeping him locked in, but a Big 12 title rock would help.

The 6-foot-5 monster from Beaumont is another OSU commit. But I’m told he hasn’t completely shut down his recruitment. He hosted Missouri coaches for an in-home visit this week. As one of the more vocal leaders in the 2017 class, keeping Moore on board is critical. Again: Show him the bling and it could help keep him set with the Pokes. At the moment I don’t think OSU has any reason to worry about his commitment, though.

This Georgia linebacker is a superstar in the making, but his recruitment is under-the-radar for such a blue-chip recruit. He has offers from Alabama, Georgia, OU, and OSU. The interest between OU and Taylor is very high; however, with their scholarship numbers, it’s unclear to me if they have the room to take him. Oklahoma State would love to swoop in on this kid.