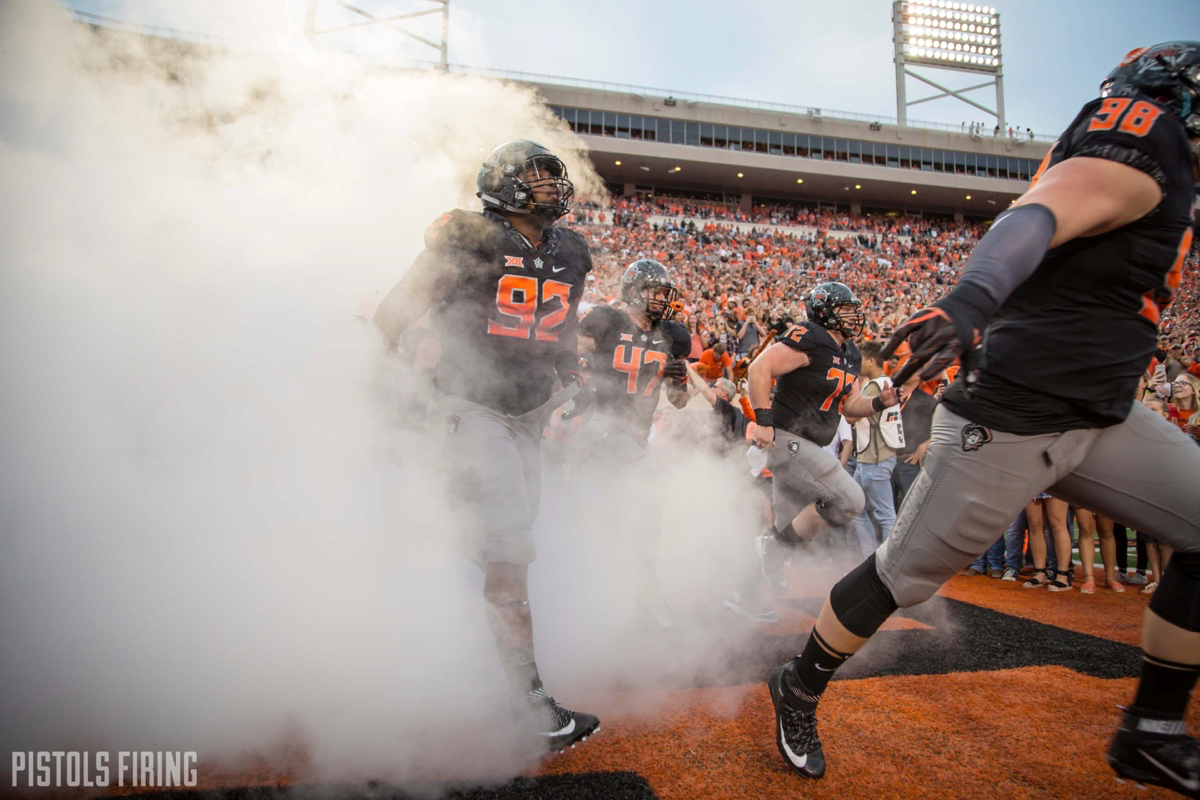 How much it matters can vary, but generally speaking, more talented teams win more games than lesser talented teams. I’m not breaking any news here. That’s a staple of why Bama > South Bama, even if South Bama had Nick Saban roaming the sidelines.

So to test this theory, I crunched the numbers for this weekend’s tilt against Boise State to see which team — OSU or Boise — has the more talented roster based solely off high school recruiting rankings. First up: a comparison of the Boise offense to the OSU offense based off the most up-to-date depth charts released by each team. (Note: OSU released its depth chart on Monday; Boise’s most recent depth chart is from last week).

I was surprised to find here that, despite OSU being ranked higher on average, Boise had more consistently ranked players. All of Boise’s starters, in fact, had some sort of high school ranking. That’s not the case with OSU, which has two starters — QB Taylor Cornelius and Cowboy back Britton Abbott — who were not ranked by 247Sports coming out of high school. The one decided advantage in this game may be at QB, where the Broncos bring in a talented former four-star in Brett Rypien.

Now let’s move to the defense.

Unlike the Boise offense, where each starter had some sort of ranking in high school, the defensive unit has two formerly unranked prospects in Avery Williams and Sonatane Lui, a corner and a defensive tackle. Its unit ranked on average 82.90 — a low three-star ranking by 247Sports.

The Cowboy starting unit boasts ranked players at every position, the highest-rated of which is DT Darrion Daniels. Its overall ranking compared to the OSU offense ranks a tad lower, at 86.40, but it’s still a definitive upgrade from Boise on the defensive side of the ball.

Maybe star rankings mean nothing if you’ve got a great scheme or an elite quarterback or a decided advantage in the turnover game. We’ll know what the deal is on Saturday when Boise comes to Stillwater for a 2:30 kick, but for now, it’s safe to say OSU — which is a 3.5 point favorite in this matchup — has the undeniable edge when it comes to more touted high school prospects.