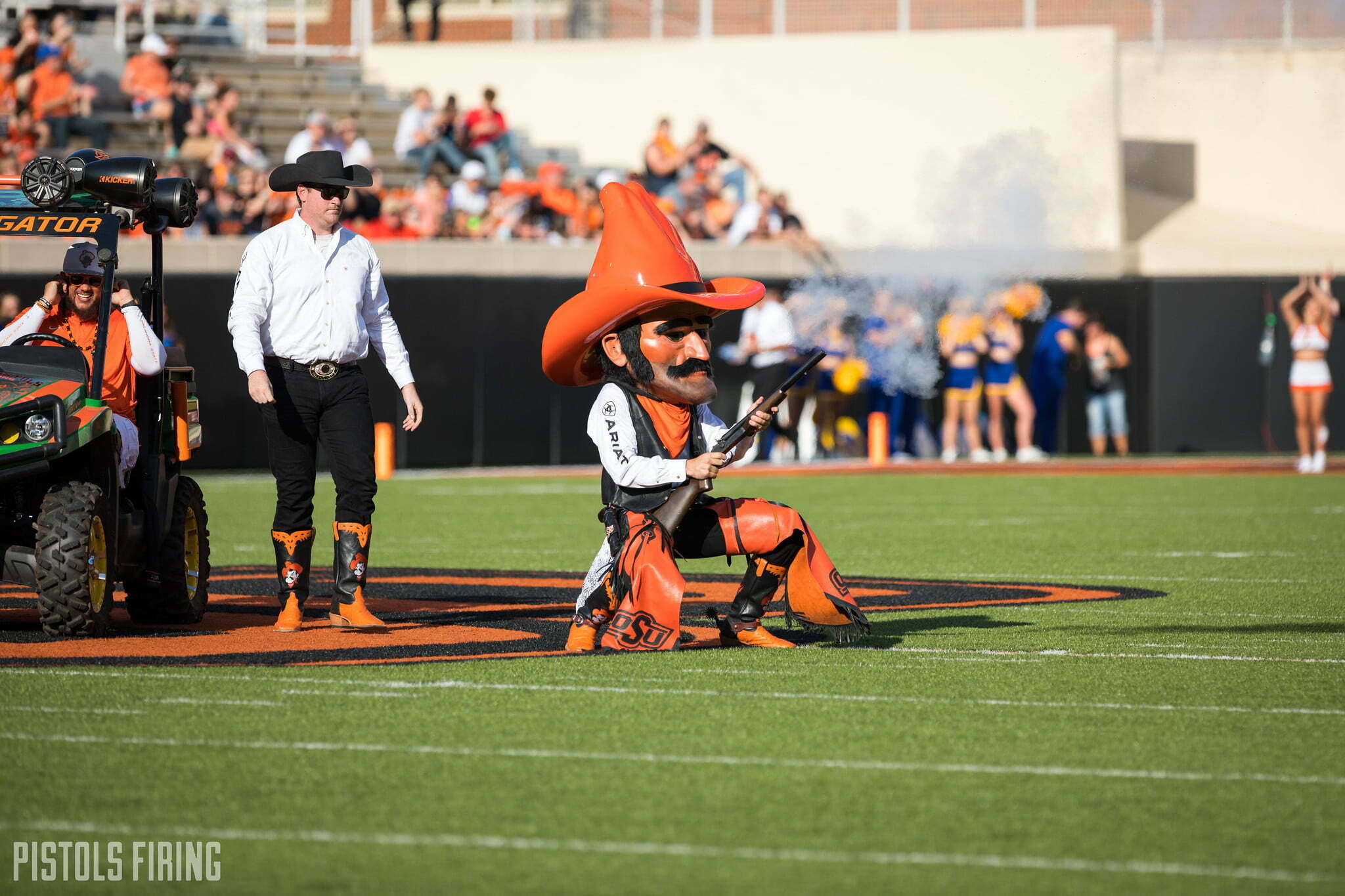 Oklahoma State’s coaching staff has been hard at it on the recruiting trail of late with new offers to 2022 prospects and 2023 prospects, plus at least two new commitments: one a preferred walk-on and another that’s yet-to-be-announced.

Let’s take a look at the latest on the trail with those offers and that new addition.

Alvin Ebosele, Class of 2022, OL: A 6-foot-5, 280-pound prospect from Copppell, Texas, Ebosele’s had one heckuva month. OSU is the fourth Division I program to offer this month alone (and all have come within the last week.) Good sign here that OL is going to be a priority this cycle.

Hunter Erb, Class of 2022, OL: Erb is another 2022 tackle from Texas who, like Ebosele, is just absolutely blowing up right now on the recruiting trail. The 6-foot-6, 305-pound prospect now has 15 offers (and counting) with USC, Oregon, TCU, OSU, Texas A&M and Houston joining the mix in just the last week. Baylor, Kansas and Ole Miss also in the mix.

Jaquaize Pettaway, Class of 2023, WR: OSU is the first Big 12 program and second Power Five to offer Pettaway, a 5-11, 170-pound pass catcher from the Houston area. He went for over 1,000 receiving yards last season as a sophomore and has some serious speed that makes him a dynamic downfield threat. (His 1,004 yards receiving came on just 55 receptions, which is Tylan-esque in efficiency.)

Trey Wilson, Class of 2023, DE: Oklahoma State is the first — and thus far, the only — program to have offered a scholarship to 2023 DE Trey Wilson. Probably won’t be his last. 6-4, 230-pound pass-rusher with good size who earned Newcomer of the Year honors in his district last season as a sophomore at Lakeview Centennial.

Kaleb James, Class of 2023, DE: An unranked recruit from Texas, but not for long, Kaleb James is soon to be the flavor of the month in college football recruiting. As a sophomore last season he had 10 sacks, 16 tackles for loss and 57 tackles for Nolan Catholic in the Fort Worth area. A 6-4, 235-pound DE/OLB, he’s going to be a hot commodity in short order. OSU, Tech and Baylor already in the mix here.

Deldrick Madison, Class of 2023, CB: One of two recent cornerback offers, Madison, a 6-foot, 170-pound talent from Duncanville, is another of the fast-rising prospects on this list. In fact, OU offered shortly after OSU did the same. Mizzou and Michigan have already done the same.

Jayden Rowe, Class of 2023, CB: Tulsa Union’s produced a ton of great talent over the years, and Jayden Rowe appears to be next in line. The 6-3, 210-pound corner has great size and length and has already garnered offers from the likes of OU, Texas Tech, Iowa State, Baylor, Arkansas and Tulsa … this month alone.

Earlier this week, Mike Gundy tweeted the bat signal hinting that a commitment was imminent. “It’s a great time to be a Cowboy! #LetsRide22,” he said. That news was followed shortly by a commitment Thursday from Tulsa Edison DE Holden Martinson. However, the two aren’t connected — meaning OSU is expecting another commitment in short order — and we’re told it is indeed a big one.

As for Martinson, he’s a 2021 talent who had offers from Abilene Christian and Central Missouri State but turned it down for a chance to be a preferred walk-on for OSU. Nice little under the radar grab for a developmental prospect who could add some scout team depth and, perhaps in time, become a contributor.