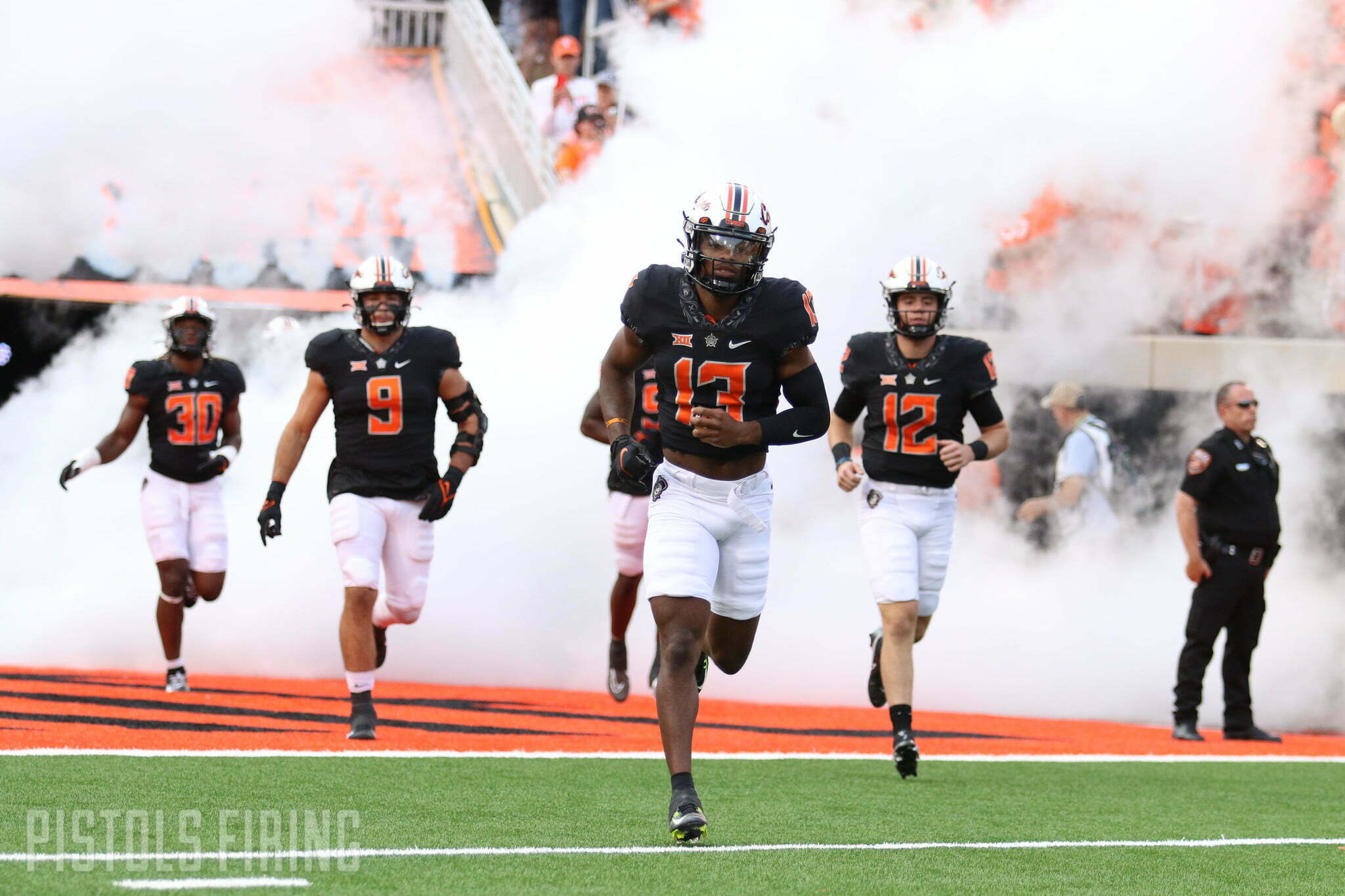 If you saw the Cowboys’ depth chart from this past weekend, you’ll understand the urgency for reinforcements.

Oklahoma State has yet to land a pledge for its 2024 class, but here are some of the prospects the Cowboys have extended offers to for that recruiting cycle and beyond.

Brinkley is a four-star linebacker with the measurables, production and family history that make him an enticing prospect at the next level. The 6-foot-3, 220-pound senior racked up 36 tackles, one-half sack and a pass breakup as a junior for Seven Lakes in Katy, Texas last season. Brinkley is the No. 226 national prospect, according to the 247Sports Composite rankings, the No. 20 Edge in the 2024 class and the No. 36 player out of Texas.

He’s the son of former NFL linebacker Jasper Brinkley who played his ball at South Carolina, though the Gamecocks have yet to extend an offer. OSU joins the likes of Baylor, Texas, Texas A&M and Texas Tech as Power Five schools to offer so far.

Take a peek at his highlights.

Johnson is a touted defensive tackle out of Westgate High School in New Iberia, Louisiana with an offer sheet headlined by bluebloods, and it’s easy to see why. The 6-foot-2, 275-pound junior gobbles up double teams and frequents opposing backfields. As a sophomore last season, he recorded 67 tackles, 36 (!!!) tackles for loss and six sacks.

OSU is just the latest to offer Johnson, joining a list that includes Alabama, LSU, Miami, Texas, Texas A&M and Oregon. He’s a four-star prospect and the No. 23 defensive lineman, according to 247Sports Composite ranking. His current 0.9098 rating would make him the No. 5 DL or edge prospect to have signed with OSU.

Another big defensive tackle with a mean streak, January showed out as an underclassman for Duncanville High (Texas) last season and his offer sheet continues to grow. The 6-foot-4, 325-pounder junior moves well for his size, can shed blockers and has shown a knack for diagnosing a play.

January holds 13 other offers from the likes of Georgia, LSU, Baylor, Michigan State and Auburn. His father Mike January played linebacker for Texas in the 1980s, but the Longhorns have yet to come calling. The Cowboys offered Oct. 9 and TCU followed two days later, then doubling down to have January out for the double-OT win over OSU.

Following the Cowboys’ comeback win over Texas, a 2025 in-state receiver prospect announced an OSU offer. The 6-foot, 170-pound wideout hails from Checotah High School (Okla.). He’s yet unranked being just a sophomore, but he is not unrecruited. Arkansas became the first to offer Thomas back in August.

According to his Max Preps profile, Thomas has been on a tear of late. He posted back-to-back triple-digit performances grabbing seven catches for 107 yards and two touchdowns in Checotah’s win over Locust Grove a week ago and then followed that up with an eight-catch, 171-yard performance in a loss to Berryhill this past week.

Check out Thomas’ ability to break tackles and toy with Berryhill defenders as just an underclassman. Cowboy coaches might be glad they got in early on him.

Out of Moore High School, CJ Simon announced his Oklahoma State offer shortly before Saturday’s game, as OSU joins Texas Tech as teams that have offered the 6-foot, 165-pound high school sophomore. Simon has played a variety of positions for Moore, but with Kasey Dunn being mentioned in his tweet, that probably eludes to OSU recruiting him as a receiver.

Thus far in his sophomore season, Simon has 38 catches for 587 yards and seven touchdowns. He also has 12 carries for another 66 yards and a score.

Here are highlights from his freshman year.