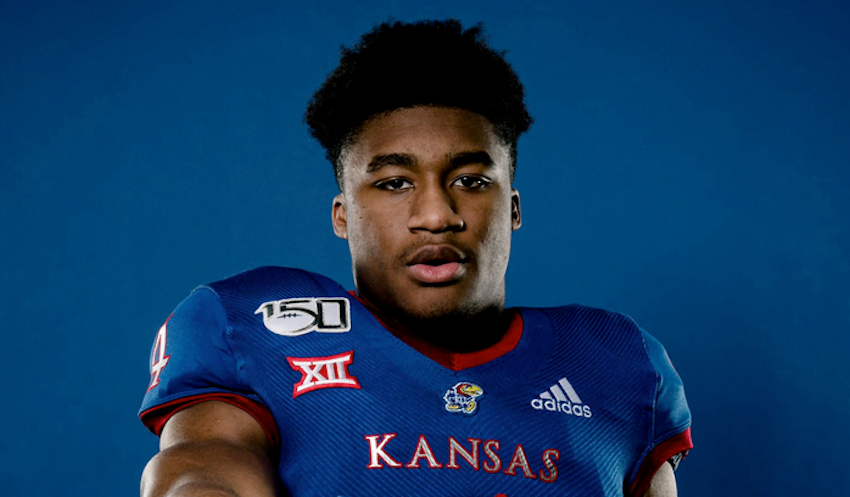 Since the NCAA effectively suspended recruiting 10 days ago and implemented a dead period until April 15, it’s no surprise that the recruiting world has all but halted. Commitments have slowed to a crawl, contacts have been limited (and face-to-face contact eliminated.) The football world is dealing with the coronavirus much the same way many other Americans are.

It’s not been completely silent, however, on the recruiting trail. Ohio State’s been wrecking shop. Miami (Ohio), too. Here’s an update on all the activity in terms of commitments that has gone down since the dead period was implemented.

The only team in the conference to have landed a commitment since the newly implemented dead period is Kansas. And the list of commitments Kansas has gotten during that time is singular. One.

The commitment is nonetheless a big one. Class of 2021 running back Devin Neal, a three-star from Lawrence, Kansas, committed to the Jayhawks on Friday over Iowa, Kansas State, Nebraska and Oklahoma State. Neal rushed for 1,687 yards and 26 touchdowns as a junior last season.

Ohio is effectively on lockdown after issuing shelter-in-place orders this week, but incredibly, Ohio State’s operating efficiently as over. The Buckeyes landed commitments from RB Evan Pryor (four-star), safety Andre Turrentine, CB Devonta Smith (three-star) and CB Jakailin Johnson (four-star) all within the last 10 days. They hold the No. 1 recruiting class in the Big Ten and No. 1 in the country for now.

Vanderbilt is the most recent SEC school to get on the board during the dead period, landing a commitment on Saturday from Louisiana receiver Jack Bech. LSU also landed a commitment this past week, from three-star safety Dakota Mitchell. The happiest SEC program right now is probably South Carolina, which landed a commitment from 6-foot-3 quarterback Colten Gauthier last week. Gauthier chose S.C. over Arkansas, Duke, Florida State, Ole Miss and others.

Oklahoma State in the 2021 rankings

Oklahoma State’s 2021 recruiting class currently ranks last in the Big 12 overall but sixth on a per-commitment basis (OSU has one commitment in the class). Its 14.66 score on the 247Sports composite ranks 63rd in the team rankings for the recruiting cycle just behind Appalachian State and just ahead of Cincinnati.