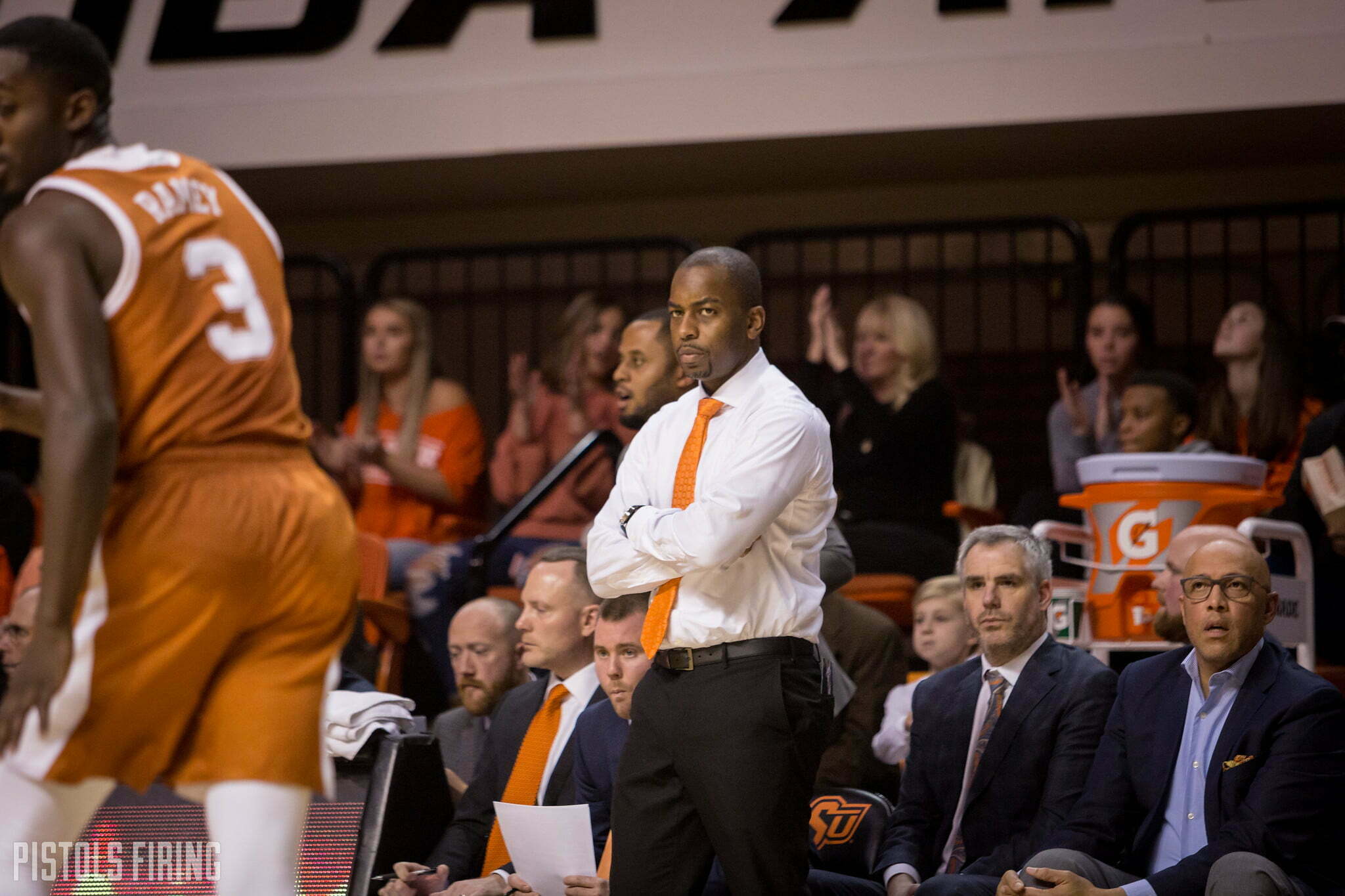 As of Tuesday, college coaches were allowed to reach out to rising high school juniors, the talent that will make up the 2023 recruiting class. No surprise, Mike Boynton didn’t waste time reaching out to prospects that he’s had his eye on.

Here’s a list of some of those 2023 recruits that Boynton and his staff have reportedly made contact with.

Evans is the No. 5 player in the 2023 class, according to 247Sports Composite ranking, and the top small forward. At 6-foot-8 and 190 pounds, he looks more like a college underclassman than a preps underclassman — and he still has two more years to go. But his game has been ready for the next level for some time.

Check out this clip of him as a freshman.

The Cowboys have reportedly reached out to five-star big man Akil Watson. The Don Bosco Prep (Middletown, NY) product currently holds offers from Auburn, Creighton, Nebraska, Stanford, West Virginia and others. There is no official Cowboy offer listed, but don’t be surprised if you see that coming soon.

Watson has a well-rounded offensive game. He’s impressive off the dribble (especially for his size), has a workable jump shot and can rebound and finish down low (thanks to that size). Those measurables also make him enviable as a defender at the next level.

Oklahoma State was just the second school to offer this dynamic scorer whose stock has skyrocketed in recent months.

The 6-foot-4, 180-pound Griffith is the No. 3 shooting guard in the class and the nation’s No. 25 prospect, according to 247Sports’ Composite ranking.

It’s not hard to see why several schools, including UCLA, Kansas, in-state Cincy and Ohio State followed suit and extended scholarhips to Griffith. The scintillating Cincinnati native can create for himself and others, but his true calling is putting the ball through the hoop.

Walter was popular on Tuesday night. He heard from OSU as well as Arkansas, Gonzaga, Michigan, Kansas State, Baylor, Tennessee, Memphis and Texas, within a half hour of midnight.

Walter shows a nice touch from deep and can attack off the dribble.

Johnson has already been up to Stillwater to visit this month, and the Norman North guard reportedly heard from OSU, Gonzaga, Tennessee, Oklahoma, Kansas, SMU and Iowa State when things opened up Tuesday.

Johnson is a 6-4 guard who averaged 22.5 points a game last season for Putnam City North. He is a long, three-level scorer who is lethal from deep.

The Pokes already had an offer out to this sharpshooter, but it never hurts to check in.

Boynton was the first to reach out to Memorial High (Frisco, Texas) product Drew Steffe this week, but he wasn’t alone with the likes of Michigan, UCLA, Memphis, K-State, Butler, Oregon State and others all contacting him.

It seems like OSU has made an impression after offering back in October, and continues to.

“Coach [Mike] Boynton is a really good coach and is great to talk to,” Steffe told Stock Risers. “It’s interesting to watch how they play their freshman in big games and how they use each and every one of their players in different ways. As well, I like how they don’t back down from competition and how they get up and down.”

Another in-state standout, Brandon Garrison is a 6-foot-9, 205-pound center at Del City. Oklahoma State was his second offer (behind Tulsa), but he has since added Kansas, Texas Tech, Oklahoma, SMU and Houston to his list.

He reportedly also heard from Gonzaga, Georgia, Arkansas and others on Tuesday.

The Cowboys have reportedly been in contact with 2023 small forward, CJ O’Hara. The 6-foot-4 wing hails from Totino-Grace High School in Minnesota and is unranked.