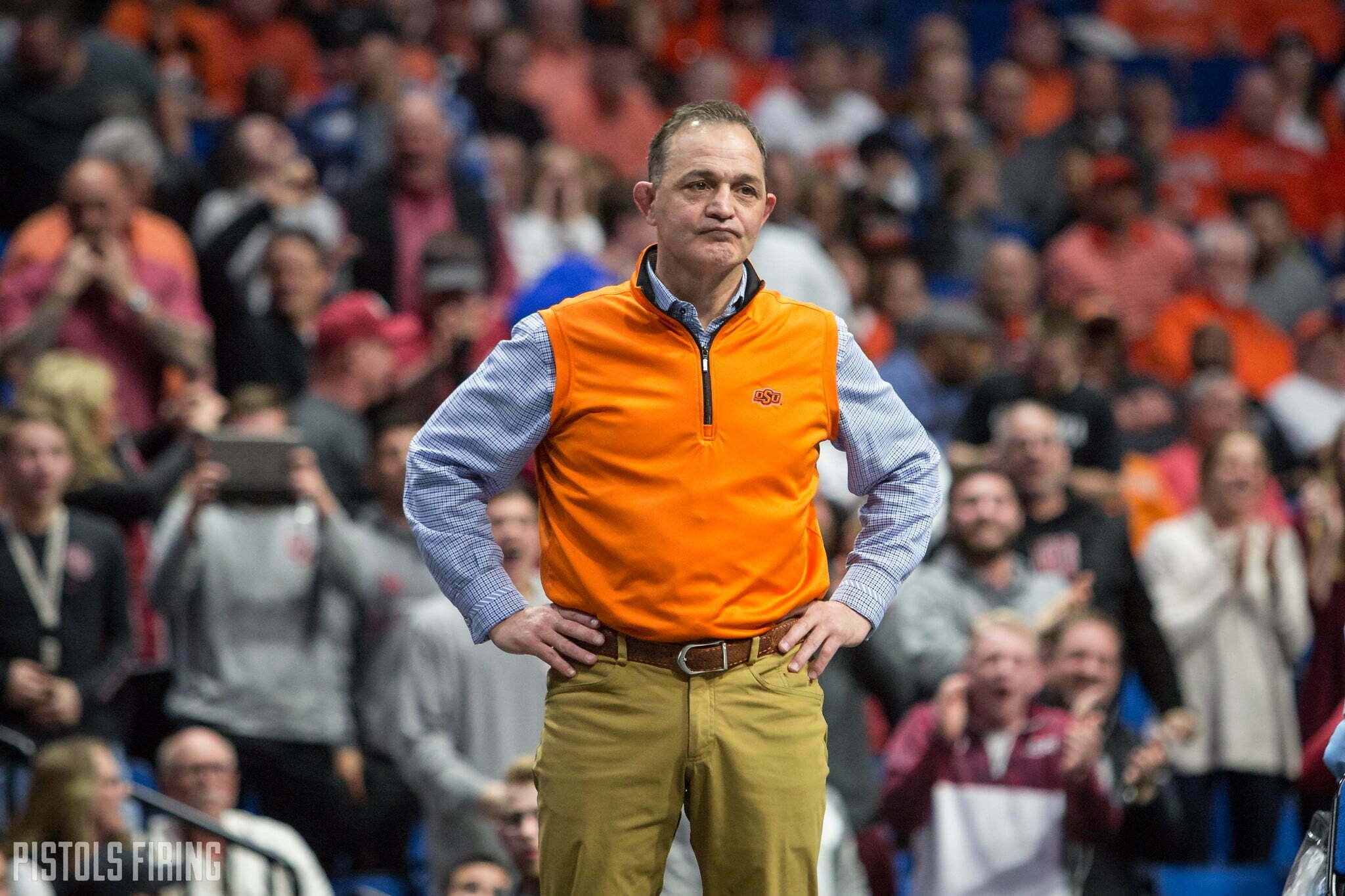 On Saturday, Oklahoma State lost its first dual since the 2017-18 season when the Cowboys fell to Lehigh on the road 21-20. The score was tied at the end of the dual, but went to criteria which gave the win to Lehigh.

There were a number of stories surrounding this and I’ll touch on those in the coming week. There was one that greatly impacted the dual and I felt deserved some immediate attention.

At 133, true freshman Reece Witcraft was scheduled to wrestle in the second dual of his career vs. Lehigh. That didn’t happen after a failed skin check for Witcraft. On Twitter, I had quite a few questions about what exactly a skin check is, so let me start with that.

Skin issues and fungus are a thing in wrestling. It’s an unfortunate reality that nearly all wrestlers have to deal with at some point in their career and it’s a constant battle to maintain your skin, clean mats and clean the locker room to try and avoid or minimize those issues.

At wrestling weigh-ins, each opposing team’s physician or trainer checks the other team’s skin for any possible skin fungus or other issues that could be transmitted to the opposing athlete. Understandably in a sport with such close contact, the rule requiring skin checks makes sense for the health of the athletes. The rule of having someone from the opposing team’s camp check the skin sometimes does not (for obvious reasons).

On Friday, the Cowboys wrestled Drexel and the Drexel physician cleared Witcraft with no issues and the true freshman went on to wrestle and make his college debut.

The following day, Witcraft weighed in vs. Lehigh, was checked by their doctor, and was initially cleared to wrestle. They simply told him to cover up whatever his skin issue was. Presumably, it wasn’t super serious as it was not even mentioned by the Drexel physicians.

Note that fellow teammate Conner Wilson did not weigh in here as Witcraft already had his redshirt pulled and had been cleared the night prior.

Later, Witcraft was called back in, and the physician reneged on his original decision to clear Witcraft to wrestle. This took away OSU’s only competitor available at 133 and gave them no option but to forfeit here. This also went against a decision that was made by another team physician just the night before in which they saw no issue and allowed him to wrestle.

It was also decided that the weight at which the dual would start was 141, the weight just after Witcraft, which would place him as the final match of the evening.

There are obviously a lot of questions to be asked here.

Why was Witcraft cleared the night prior at Drexel but not here? Why was he initially cleared, then called back in and told he couldn’t go? Did the skin issue worsen? Did he fail to cover it up properly? Was it just random that the weight chosen somehow placed him as the last match of the evening? Why are the rules such that an opposing team’s doctor could make such an impactful decision on the outcome of the dual?

The entire situation is something I’ve never seen that resulted in a very questionable outcome between two top 10 teams in which OSU unfortunately came out on the losing side.