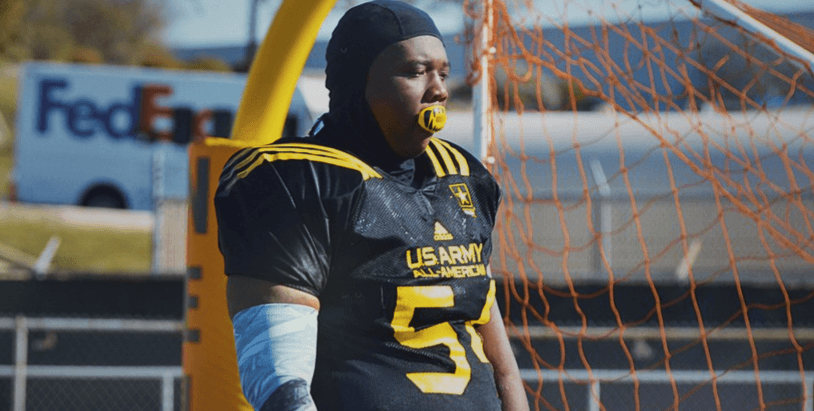 The Reload is PFB’s recruiting recap, catching you up to speed on the latest news and rumors surrounding Oklahoma State recruiting, with an ear to the ground for what to expect in the future.

There’s been whispers that 2016 four-star offensive line signee Tramonda Moore is a 2017 recruit, which is a bit confusing because he would have only attended Independence Community College for one year, whereas most recruits spend two years at a community/JUCO. I don’t know the specifics of his classification, but I did confirm that he is indeed a 2017 prospect. My guess is that he had minor academic issues that needed squared away, and the one year will give him the time he needs to correct whatever is necessary — Although that is purely speculation on my part.

Regardless of his situation, he has already picked up a scholarship offer from UCLA. And once again, OU appears to be in the mix.

How would y'all like to see this big fella in Norman? ? #SoonerNation pic.twitter.com/4Ic4kU8rrO

I wouldn’t read too much into it (that’s an old picture of T. Moore visiting OU), but Moore being a 2017 prospect rather than a 2018 is a big development. I would surmise we’ll know something sooner rather than later on Moore’s status and where OSU stands with him.

Mike Gundy outchea being super generous like Oprah with his Pokemon edits — which seem to be going strong on the ‘crootin trail.

This is the benefit of having a verbal pledge fully vested in the program. OSU has the luxury of having twin standouts doing some of the dirty work on their behalf, hitting up recruits on twitter to recruit them to play at OSU.

2018 dual-threat quarterback MJ Rivers, the son of a former OSU and NFL tight end, made an unofficial visit to Stillwater this week and tweeted his thoughts shortly afterward.

Had a great visit at Oklahoma state university!! Great campus and staff ? #GoPokes

It appears he came away without a scholarship offer, but with the family ties to OSU and what appears to be strong mutual interest, Rivers will be one to keep an eye on this fall.