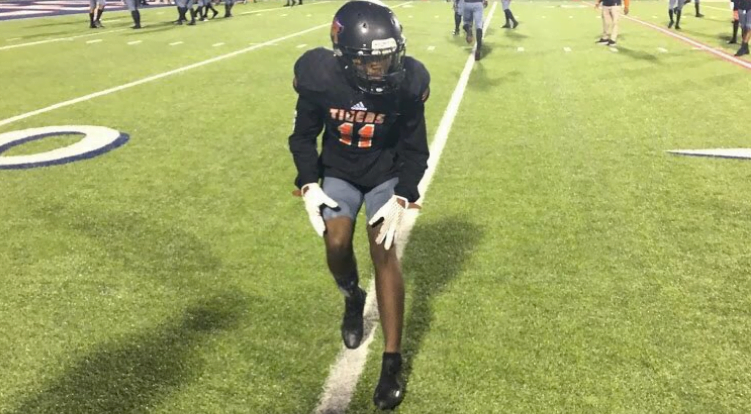 The Reload is PFB’s recruiting recap, catching you up to speed on the latest news surrounding Oklahoma State and recruiting, with an ear to the ground for what to expect in the future.

Ford also has offers from Arkansas and Southern Illinois.

As a high school wide receiver/linebacker/tight end, Ford is an underrated prospect whom Oklahoma State likes at the tight end position. He’s just so tall, it’s almost awkwardly hilarious how dominant he is over other high school competition.

It’s never too early, apparently, to get involved with recruits. Oklahoma State pulled the trigger on 2020 (freshman) Lancaster defensive back Lorando Johnson — his first Division I offer.

I’m all about early offers out of the OSU staff. It shows a proactiveness and diligence in the coach catching film on prospects and a willingness to give a player a chance he didn’t have before. The second “first” offer went out this week to 2020 running back prospect Quinshone Bright from Cedar Hill, Texas.

Being from Cedar Hill, Bright is up against some of the top high school competition not only in Texas, but the entire country. This is an offer I love, and one that will make Gundy look smart in the coming months.

Brad Underwood is still filling out his 2017 recruiting class, but he’s already made offers all the way out to 2020. And one offer to a 2019 target, Jordyn Adams, was denied quickly after he committed to Baylor. But he announced this week that he was committing from the program and re-opening his recruitment.

No questions or interviews please pic.twitter.com/Prim9ihYi4

Adams, a 6-foot-2 recruit from Silsbee, Texas, also has an offer from TCU and is listed as a highly-rated three-star prospect.