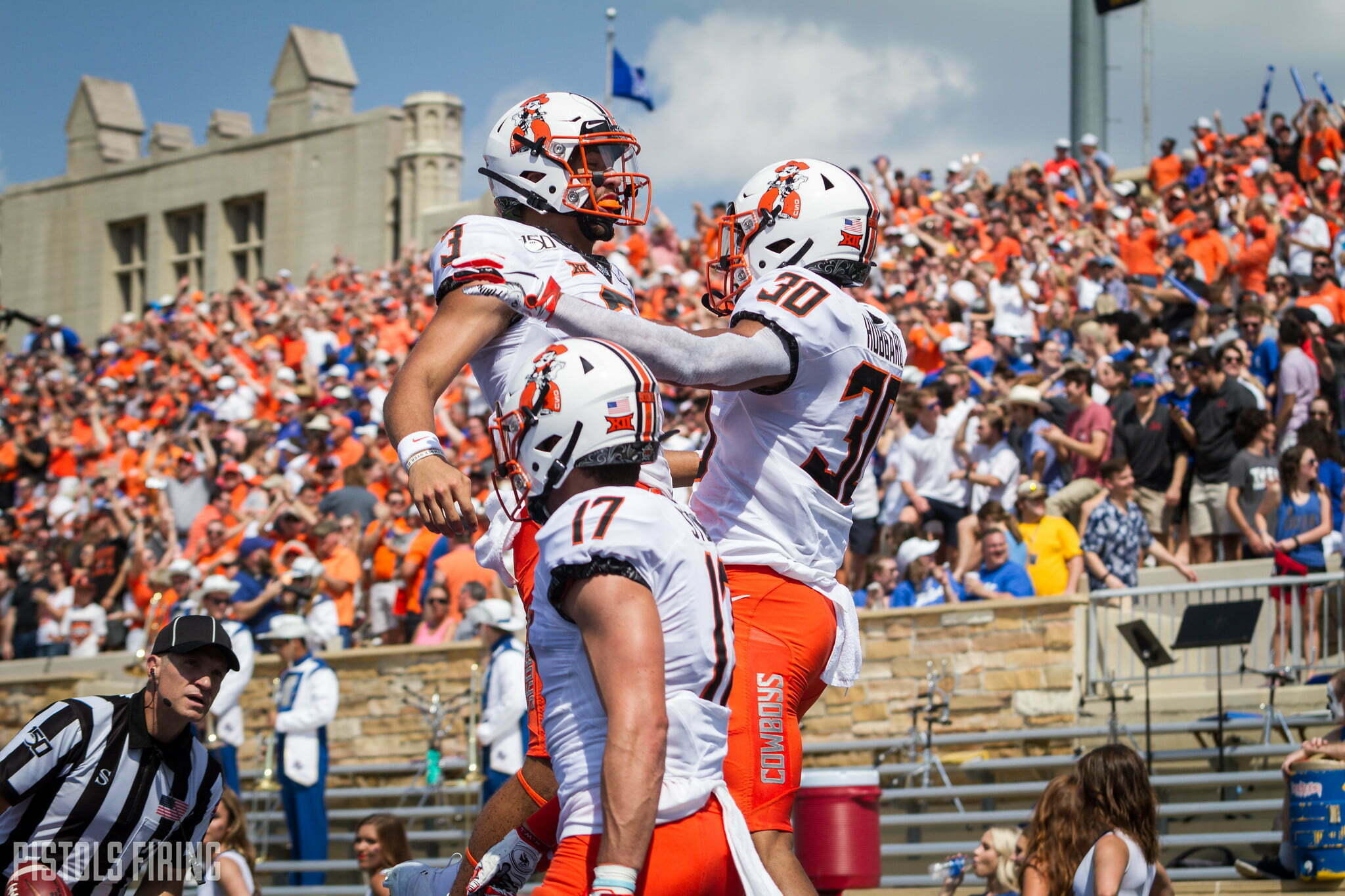 Any semblance of a 2020 season has seemed to be in the Big 12’s hands all week, and it looks like (for now) there is still hope to watch the Cowboys in some capacity in 2020.

After a meeting Tuesday evening, Big 12 presidents have decided to allow the conference to move forward toward a season with a revised schedule, according to SoonerScoop’s Eddie Radosevich and Carey Murdock.

The revised schedule has already been prepared, according to Yahoo’s Pete Thamel, and it will be released soon.

This means the Big 12 has joined the SEC and ACC, meaning three of the Power Five conferences will still work toward a season this fall. The Big Ten and Pac-12 each postponed their football seasons Tuesday.

This season is set up to be an exciting one for the Cowboys, a team that returns Chuba Hubbard, Tylan Wallace, Spencer Sanders and 10 of its 11 defensive starters from 2019.

If there isn’t a season, OSU (like any FBS school) would be hit hard financially. OSU’s athletic department had a revenue of $95,335,482 last fiscal year, according to USA Today data, with a majority of that coming form the football team.

The Big 12 cancelled its men’s basketball tournament March 12, and it’s been since March 11 that any OSU team has played a game.