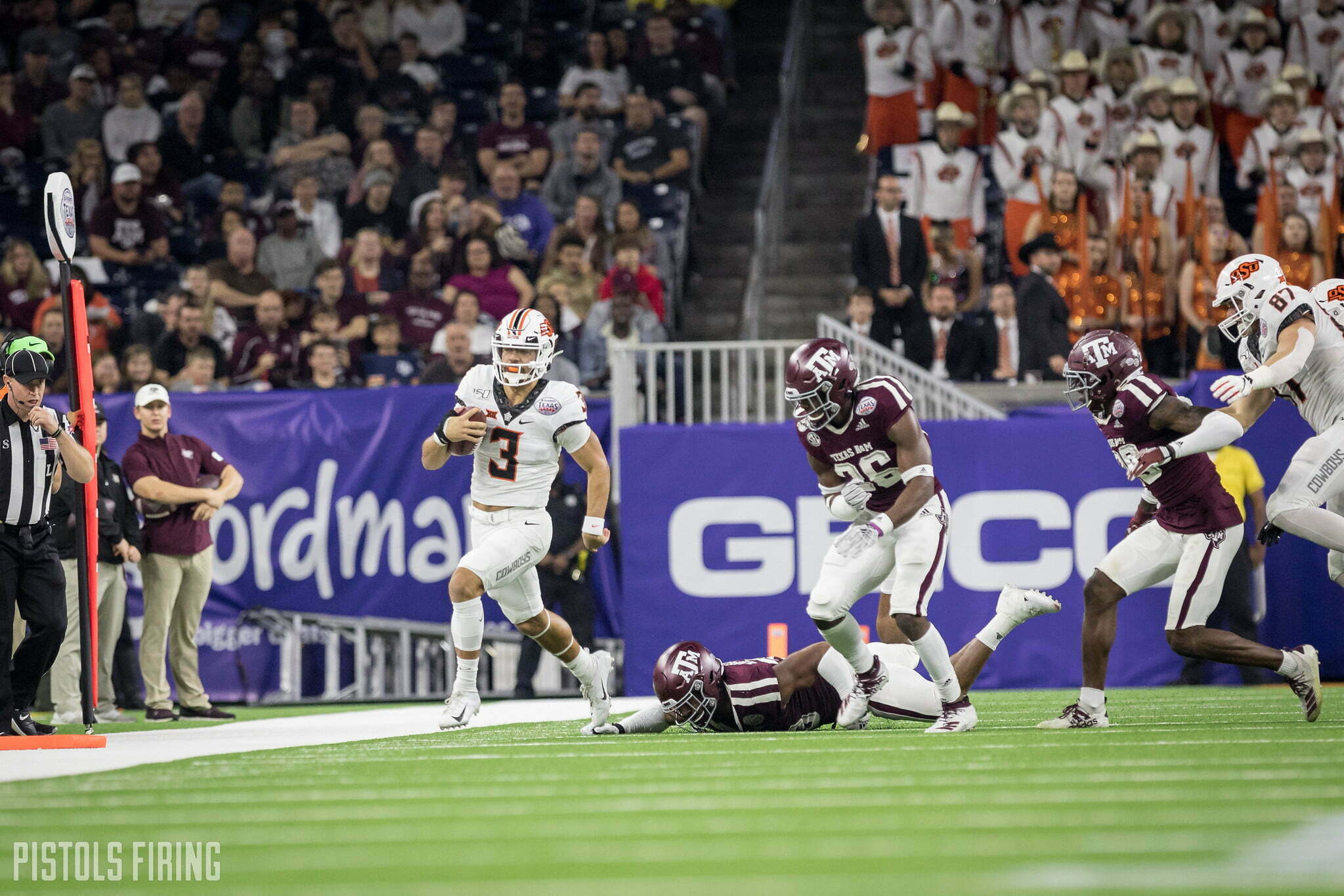 It looks as if at least two Power Five conferences will opt out of a fall 2020 football season.

According to Dan Patrick, the Big Ten and Pac-12 will “cancel their football seasons [Tuesday].” Patrick goes on to say that the ACC and Big 12 conferences are on the fence, while the SEC is “trying to get a delay to have teams join them.”

Update: it appears as if the Big Ten has already gone down with a formal announcement coming on Tuesday.

DP was told an hour ago that the Big 10 and Pac 12 will cancel their football seasons tomorrow… The ACC and the Big 12 are on the fence.. And the SEC is trying to get teams to join them for a season.

We’ll start with the Big Ten, which, according to Patrick, voted 12-2 in favor to not have a fall college football season. Nebraska and Iowa were the two who voted to play.

The SEC portion of Patrick’s reporting is the most fascinating part in all of this. Patrick said the SEC might “go in alone and bring in other schools.” He goes on to say the SEC is trying to by time to see whether the Big 12 and/or ACC will go along with the SEC for a fall season.

With how widespread this all is, reporters’ sources likely span a wide variety of people, but here is what Bleacher Report’s Matt Hayes reported:

Could there be world where only a few conferences are playing football in the fall? Could certain schools opt out, leaving room for conferences to poach other schools for a season? Can any of this even get done before the season? It’s chaos on Aug. 10, which speaks to the lack of unity across the big five conferences.

Amid all of this, John Hoover put out an interesting idea.

I mean, that could work. Nebraska was in the Big 12 for 15 years. It’s also in a state where it’s the only player. Iowa shares its state with Iowa State, a Big 12 school. You could even do regionalized divisions.

In that scenario, the south is quite a bit tougher than the north, but if it somehow helps games be played, I’m sure someone would be for it.

Would the Big Ten let something like that happen? Could it stop it? All good questions that seem crazy considering how close we are to what is supposed to be the start of the season.

The way Patrick said “the SEC trying to get a delay to have teams join them,” is also interesting. Is it looking for straggler teams or just another conference to say, “Hey, let’s do this together.”

Asked if it's looking less and less likely there will be college football this fall, Bob Bowlsby said, "I don't have anything other than our experts' opinions to draw upon. Have we made progress? Probably not. Have they told us to shut it all down? No, they have not."

The SEC has already announced a 10-game conference-only scheduling model for the season, meaning it doesn’t really need anyone else to have its season. The SEC also has the most weight tied to it in terms of football of the Power Five conferences.

If other teams became available, would the SEC pick and chose and try to wiggle an Oklahoma or Texas into its 2020 schedule? Could a school on the level of Oklahoma State also find its way in?

If the SEC were to add any Big 12 schools for this chaos of a season, it would start by picking OU and Texas because … money. From there, they could set up a 16-school conference that might look something like this.

That would suck for OSU, but sheesh that looks like a lot of fun to the neutral party CFB fan.

But let’s play some more fantasy land, shall we? What if the ACC also canceled, leaving Clemson free? That’s when maybe the Pokes could fight their way in because, aside from Clemson, the ACC has been a sorry football conference in recent years, and with OSU boasting a star like Chuba Hubbard, maybe OSU would be the fourth team selected if the Big 12 and ACC teams were all of a sudden available in some sort of schoolyard pick-em (I know this would never happen, but it’s been a tough 2020 so indulge me!).

So the new mega-SEC 2020 conference could look something like this:

Sign. Me. Up. In that scenario maybe you play your eight division games then two or three our of division matchups?

Is any of this even legal? I don’t know. Maybe the SEC plays and a ragtag group of teams from canceled conferences gets together. Or maybe no one plays at all (which seems the most likely at his time).