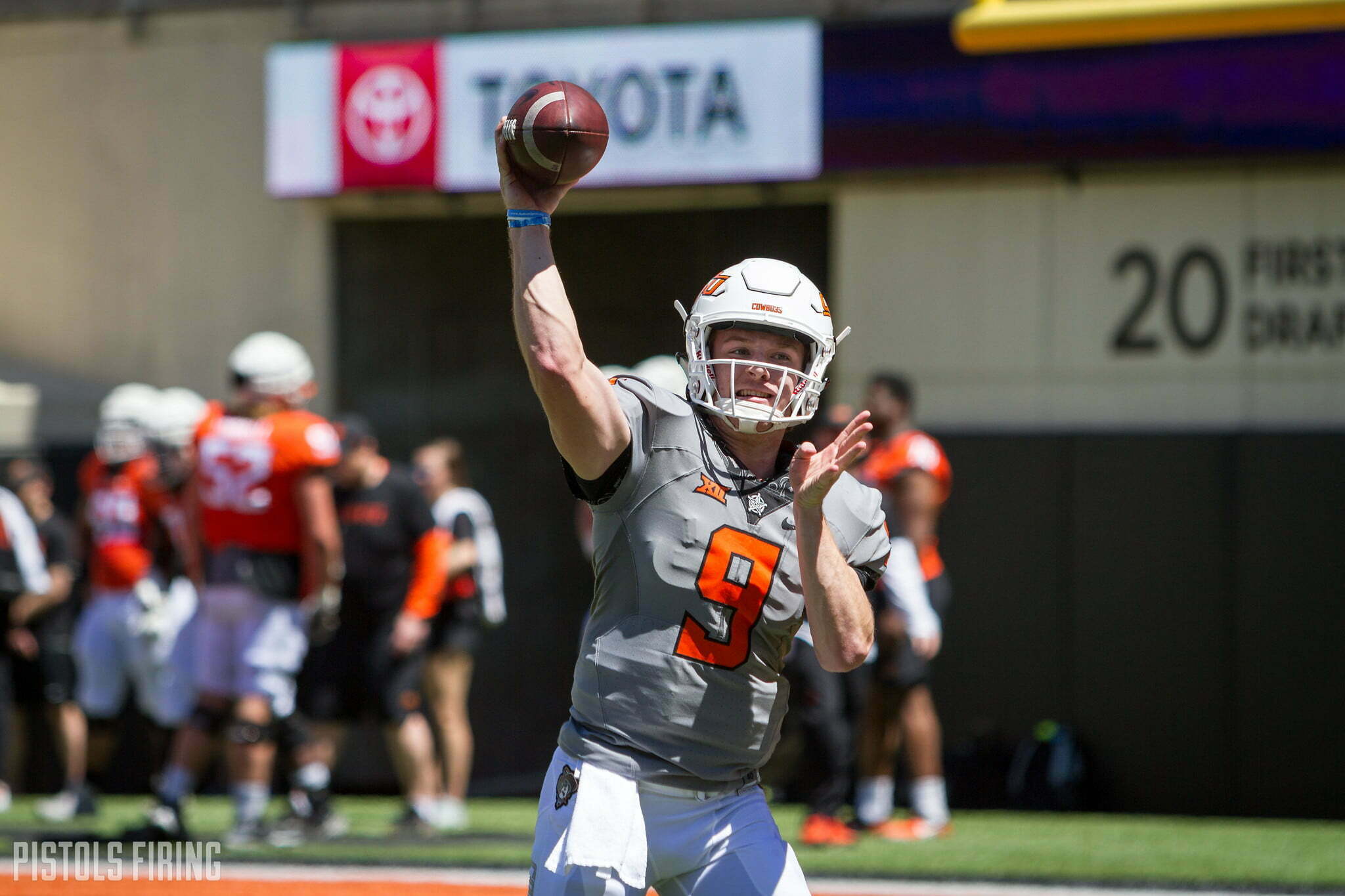 It’s always viewed as big news when a quarterback commits to Oklahoma State, just like it is when one leaves.

Brendan Costello will transfer away from the program after a year, according to Yahoo Sports’ Pete Thamel. Costello entered OSU as a three-star recruit from San Clemente, California, as part of OSU’s 2019 class. He was the fifth-highest signee for OSU in the cycle, behind Grayson Boomer, Deondrick Glass, Langston Anderson and Trace Ford.

He redshirted in 2019, spending time on the depth chart behind Spencer Sanders, Dru Brown and even walk-on Shaun Taylor. Not much was said of Costello in the fall, but he seemed to be doing well in at least parts of spring ball last year as an early enrollee.

“He hasn’t been out there a lot in the reps,” OSU coach Mike Gundy said last April. “He’s not getting that work, but we did work him last Friday, and he played very well. I don’t know what his numbers are, I think he was like 5-of-6 for 120 yards. He played better than you would expect of a high school kid.”

The writing was somewhat on the wall for Costello when OSU brought in two quarterbacks in their 2019 cycle in four-star Shane Illingworth and junior college transfer Ethan Bullock.

So, despite losing Costello, the Pokes do have some depth at QB, though unproven. Apart from Sanders, Taylor is the only player on OSU’s roster that has thrown a pass as a Cowboy when he went 4-for-4 for 21 yards against McNeese.

It’s likely that either Illingworth or Bullock will be Sanders’ backup heading into 2020 depending on how quickly either would be able to pick up the playbook, having lost reps in spring ball because of the Covid-19 pandemic.