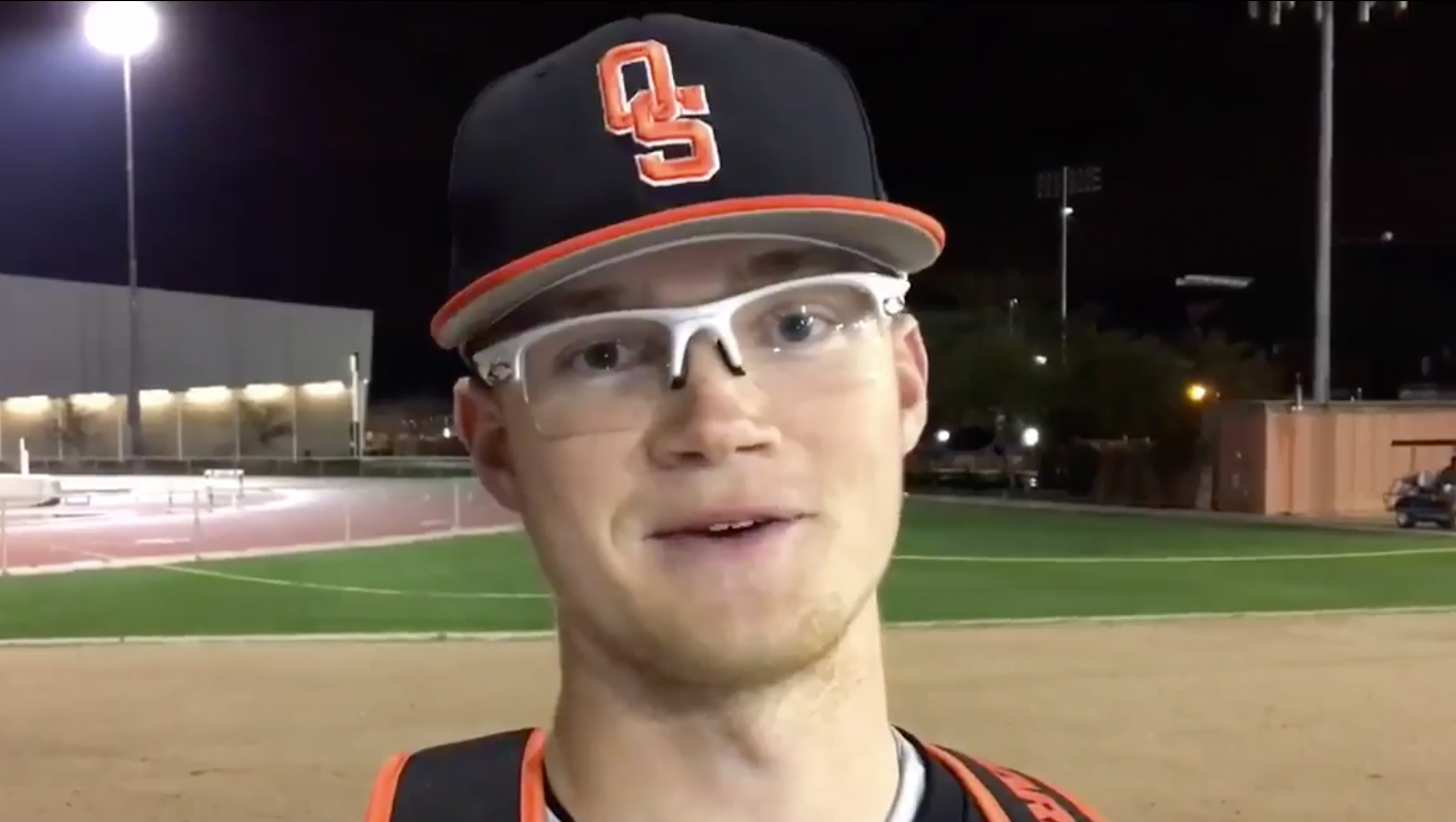 The Oklahoma State baseball team got four hits and lost in its opener against Grand Canyon University on Friday in Phoenix. But Sunday, the Cowboys got nine and won 6-5 vs. GCU.

Here’s how they did on their second day of play.

Garrett Benge went 2-for-5. Andrew Rosa was 2-for-4 with two RBIs, and Ryan Sluder was 1-of-4 with a pair of RBIs. Newbie catcher Travis Wacker whacked (yeah, get used to it) a home run in the top of the eighth for OSU’s first of the year.

All sounds good here except there were 11 runners left on base. That’s bad, but four extra-base hits is encouraging.

Exceptional first start of the season for who I thought, and still think, would end up being OSU’s ace for the 2017 season.

He was good, not great, but check this out: Specs faced 22 batters Sunday. He threw first-pitch strikes to 19 of ’em.

Elliott has the size, strength and consistency to make it as a Big Leaguer, so he definitely can do it for the Cowboys this year.

Only reason this isn’t an ‘A’ is because of an E4 in the bottom of the third.

Rosa has been, unexpectedly, the most consistent Cowboy through two. He’s 3-for-6 at bat with pocket doubles and walks with only one strikeout.

Sunday, he knocked two RBIs early, which set the tone and cracked the ice at the plate for OSU.

Dude is just a freshman, so I feel bad, but, man, that was tough. Heasley came in for the eighth, and Grand Canyon was all over him from the start. The Lopes were 3-of-6 against him.

This is particularly rough because senior Trey Cobb, who is out with elbow soreness, told me Heasley is one of the guys who he thought would take some of his innings. Cobb said Heasley could earn the closer role, and when he came back, he wanted Heasley to be so good that coach Josh Holliday would have to put Cobb elsewhere.

The series finale is at 2 p.m. Monday.