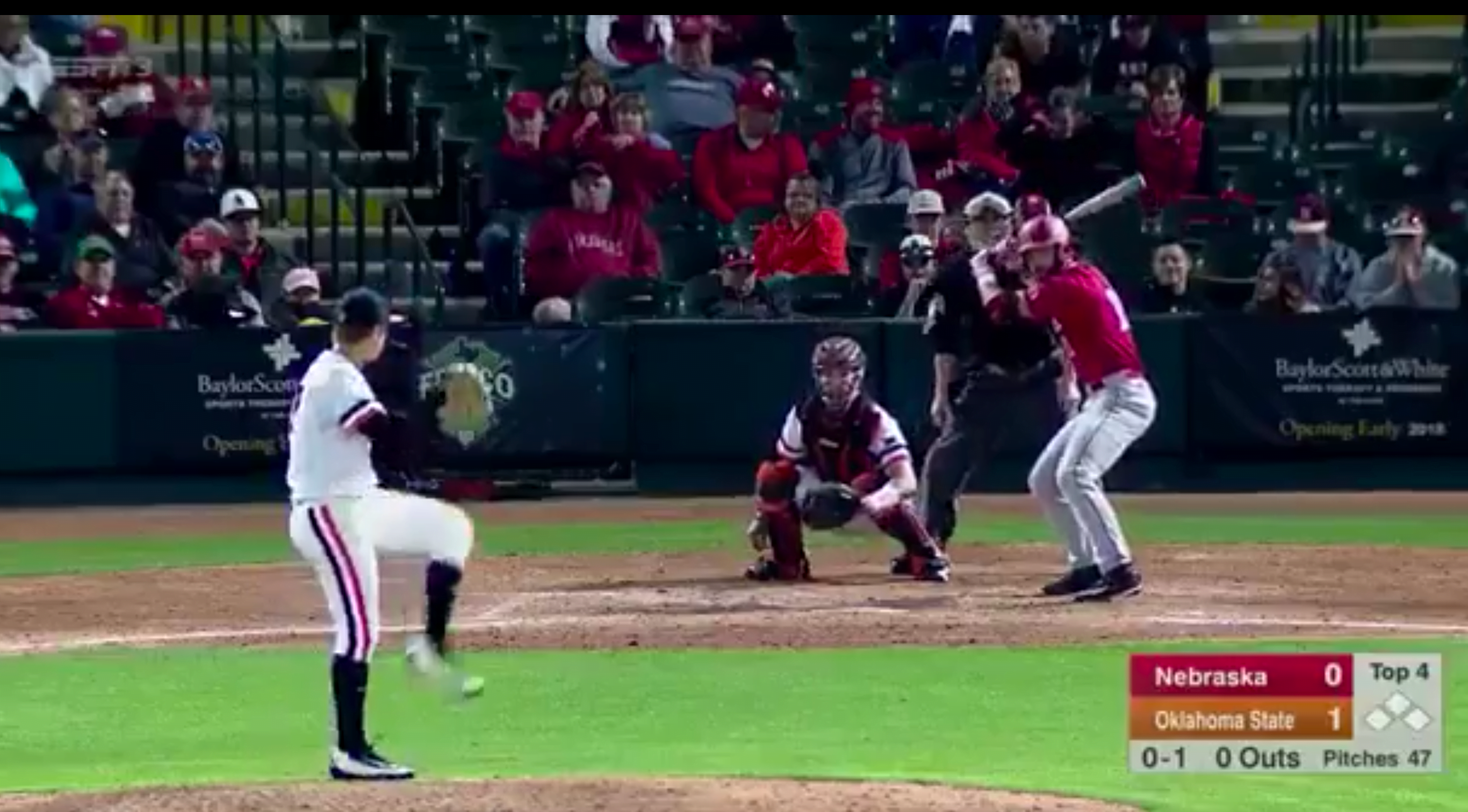 In the first game of the Frisco Classic, the Oklahoma State baseball team showed remnants of the magic that got them to the College World Series last year.

The Cowboys beat Nebraska 1-0 on Friday night after a night of stunning pitching and (barely) enough offense to get by.

Here are some grades on who/what stood out:

Channeling his inner Thomas Hatch, Buffett looked like a preseason All-American, something he hadn’t done this season.

In his first two starts, Buffett racked up 10 runs on 14 hits in nine innings. Those outings came against Grand Canyon in the season opener and Texas State in the home opener.

ICYMI: Highlights from the Pokes' win over Nebraska last night to whet your appetite for today's game vs. Arizona pic.twitter.com/tY6dsnuLTk

Wednesday was a smidgin different.

It passes in college, but just barely.

The Cowboys tripled the Huskers hit total, but that resulted in only one more run, which isn’t encouraging. It’s good that OSU showed it can win low-scoring games, but runs are cool, too.

In fairness, Derek Burkamper was on the mound for Nebraska. He was the Red Sox’s 20th-round pick in 2013 (!)

If not for a Burkamper wild pitch in the bottom of the third inning, we might still be playing baseball.

With OSU third baseman Garrett Benge at first and outfielder Ryan Sluder at third, Burkamper’s accuracy went wayside, and Nebraska catcher Jesse Wilkening was sent chasing. Sluder scored, and the Cowboys won because of it.

Caliber of win: A-

All things considered, this was a pretty important victory for the Cowboys who are still trying to learn how to win.

Nebraska went 37-22 last year, and though the Huskers are now 2-5 this season, they got to the Clemson regional in the NCAA Tournament last year, where they were beaten by … OSU.

The stage also increases the value of this win. Playing in Dr. Pepper Ballpark where the Texas Rangers’ AA affiliate plays, this was a tournament game, and a 1-0 win looks all right given the circumstances.

Things don’t get easier as the Cowboys face Arizona at 4 p.m. Saturday in game 2 of the Frisco Classic. Arizona knocked OSU out of the College World Series last year.