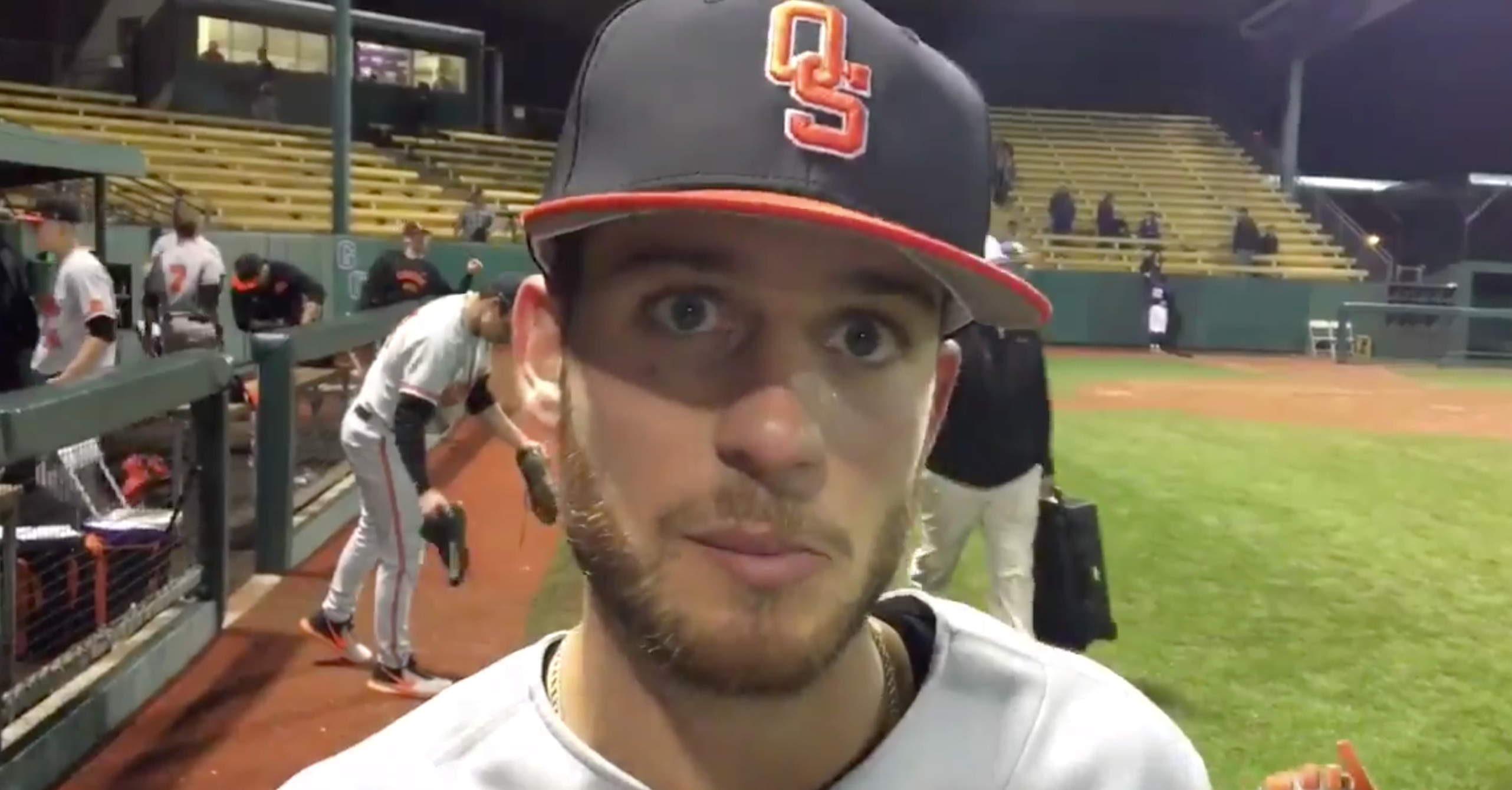 This certainly wasn’t how Oklahoma State baseball fans envisioned the start to the Cowboys’ first series after playing in the College World Series.

OSU dropped its series finale 4-0 against Grand Canyon on Monday in Phoenix. The good news is that this isn’t the first time the Cowboys have lost a season-opening series. In fact last year, OSU, the team that won seven straight postseason games including two in Omaha, was swept in its first series on the road in Chapel Hill, North Carolina against the Tarheels.

That said, let’s hand back some grades.

OSU had only one fewer hit (7) than Grand Canyon in the finale, but the Lopes scored four runs that the Cowboys didn’t.

Nine guys were left on base for OSU. Runners got to third in the second, third, fourth and seventh innings. Every one of those times, there was one out or none on the board. The Cowboys were 1-for-10 at the plate with runners in scoring position.

In his first career start, Teel was pretty solid throughout.

Teel gave up two home runs, one in the third and another in the sixth. The other two Grand Canyon runs came in the fifth. A double to the right corner scored one, and the other came off an error on a steal attempt. Three earned runs in your first career start should mean you’re 1-0, not the other way around, but here we are.

I definitely didn’t see this coming.

Rosa nabbed another 2-for-4 outing Monday. He batted .500 in the series. Rosa follows J.R. Davis from last year, who was named to the All-Big 12 First Team. Davis could hit, and clearly Rosa’s got the bat, too.

He filled in nicely at times as the Cowboys’ designated hitter last year, but, I think, never got a long-term chance in the lineup. He’s got his chance, and like Davis did last year, he is making the absolute most of it.

Last year’s Cowboys lost two of their first four games against Stephen F. Austin and UT-Arlington. Those teams finished around .500 in 2016. Grand Canyon was close but couldn’t reach an even record.

This OSU team is still learning how to play. The Cowboys lost their top three leaders from last year. There isn’t a clear Donnie Walton on the roster this year, but there probably shouldn’t have to be against Grand Canyon, no offense, Lopes.

OSU will drive 30 minutes to Tempe, Arizona, to face Arizona State on Tuesday before the home opener Friday.