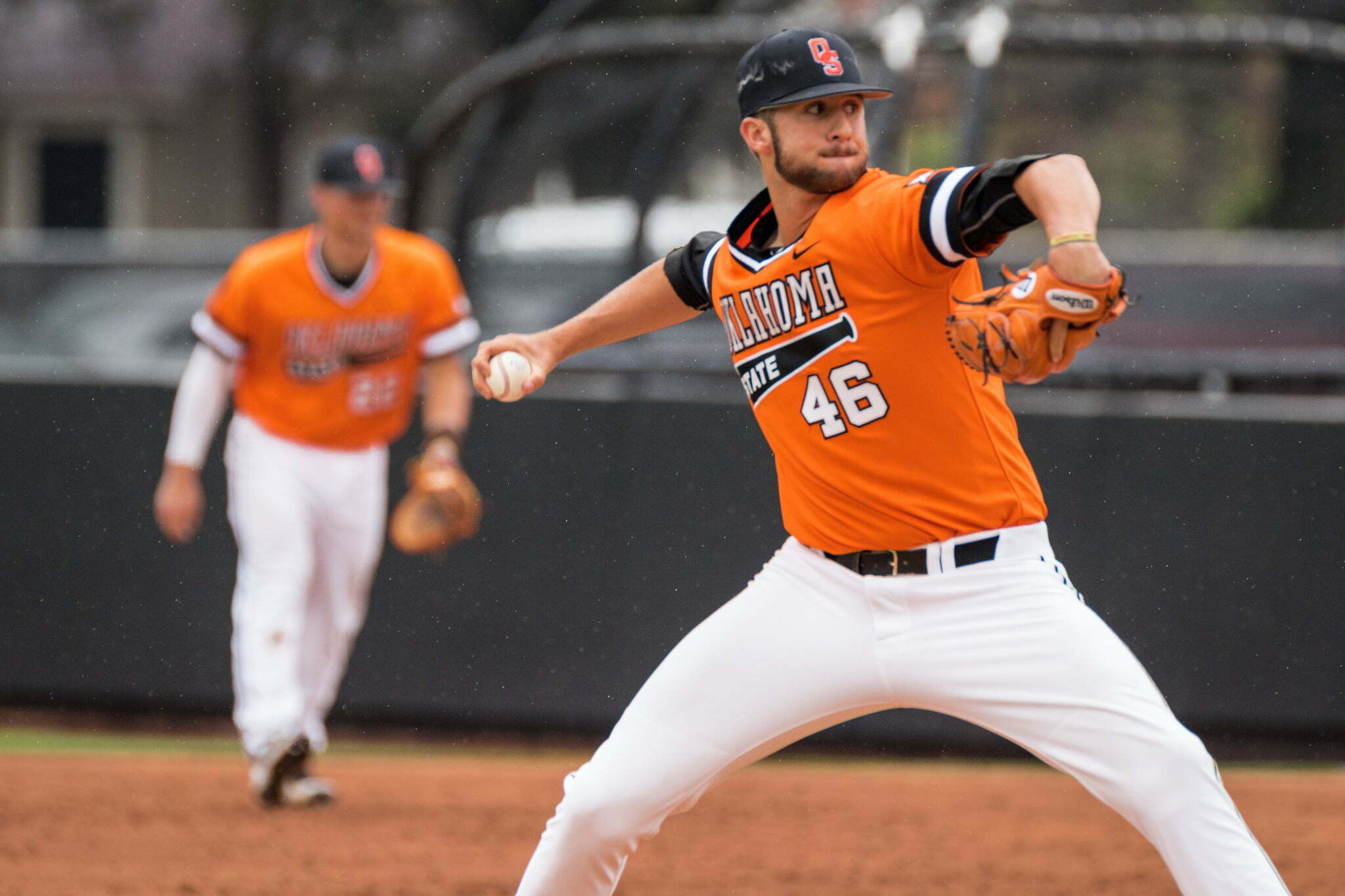 We’re officially three weeks into softball season and two weeks into baseball season. The rain and clouds seem to be gradually moving away, which calls for more days at Allie P. and Cowgirl stadium. Speaking of which, the Cowgirls host five games this weekend beginning Friday, and the Cowboys play a pair of games against Little Rock on Tuesday and Wednesday.

The Cowgirls (9-6) have played more games than the Cowboys (4-1), but it’s never too early to look at some progress reports for the season. Let’s take a peek at where the teams stand as February comes to a close.

The Cowboys haven’t been able to get into much of a rhythm offensively, and part of that is because of the sporadic Stillwater weather. Inclement weather has canceled two of OSU’s games, both of which were at home. I’d imagine losing those opportunities inhibits one’s ability to maintain a good feel at the plate, especially early in the season.

The Cowboys have a lowly .218 batting average five games into the year, which ranks 245th in the country. They also have a .341 on-base percentage, which ranks 175th. They’ve scored only 4.2 runs per game.

Keep in mind with such a small sample size, these numbers could raise dramatically in a short period of time. But for now, OSU isn’t getting quite what it wants at the plate.

The Cowgirls began the season as one of the hottest teams in softball, but they’ve cooled down the past couple of weeks. Still, Kenny Gajewski’s crew is hitting .309, which ranks inside the nation’s top 50.

Last year the Cowgirls averaged 4.9 runs per contest, but this season they average 5.8, which ranks 39th in the nation.

They’ve also improved in batting average. In 2017 OSU batted .288. They still have to figure out ways to compensate for the loss of Rylee Bayless, but the Cowgirls’ offense should be one of the better units in the Big 12 in 2018.

The Cowboys rank 69th with a 3.27 ERA, but that number would be even higher if Josh Holliday’s pitchers weren’t able to pitch themselves out of a jam, which happened frequently in the pair of games against Marist. Joe Lienhard is allowing opponents to bat .368, but he still has a remarkable ERA of 1.80.

Jonathan Heasley has impressed early in the season with 15 strikeouts in two starts, and Carson Teel has looked like a formidable closer, earning three saves in four appearances. Reza Aleaziz hasn’t allowed an earned run during his four stints on the mound this season.

Gajewski’s rotation, comprised of mostly transfers, has been solid early on against some top-level competition. However, to make the leap into the next echelon of softball squads, the Cowgirls have to give up fewer runs. They rank 127th nationally with an ERA of 3.19, but I expect that figure to go down after a slate of games in Cowgirl Stadium. OSU has played all 15 of its games away from Stillwater, and it’ll be much easier to settle down and get into a rhythm in the circle at home.

At the end of the day, scoring more runs than your opponent is what’s important. But having the ability to shut an opposing offense down on a day where OSU is slumping at the plate is beneficial. The Cowgirls have the pitchers to do so, it’s just a matter of consistency.

The Cowboys have been efficient and crisp in their fielding, going 4-0 when they don’t commit an error. However, errors definitely played a hand in OSU’s 10-1 loss against Texas State. Holliday has praised the prowess of his defense early this year, and Heasley also credited his teammates with their performance against Marist. As with most sports, good things will happen if you take care of the ball.