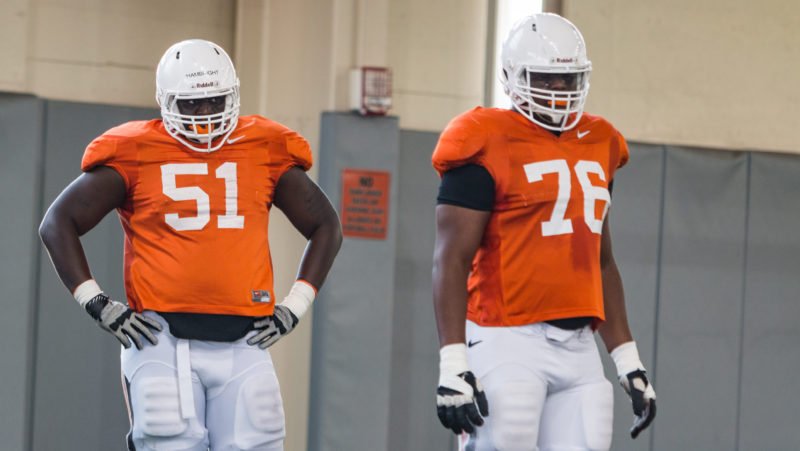 Oklahoma State’s much anticipated offensive attack just took a hit in the trenches.

Former Cowboy starting O-lineman Dylan Galloway is retiring from football, according to a report by Robert Allen which was confirmed by The Athletic’s Max Olson.

Can confirm that Oklahoma State starting LT Dylan Galloway has elected to retire due to injuries and is no longer on the roster. Galloway started 14 career games for the Cowboys. @RAllenGoPokes had it first.

Galloway started nine games last season and boasts 14 total starts over his past three seasons following a redshirt in 2016. He’s battled back through several injuries including a shoulder injury and an ankle injury.

He spoke with SI’s Robert Allen about his decision.

“I’m done with football,” Galloway text to Pokes Report. “I was getting hurt so much and I felt like all of my injuries were piling up to where they were effecting me too much on and off the field.”

Cowboys Have Dates for Rescheduled Games against Baylor, West Virginia