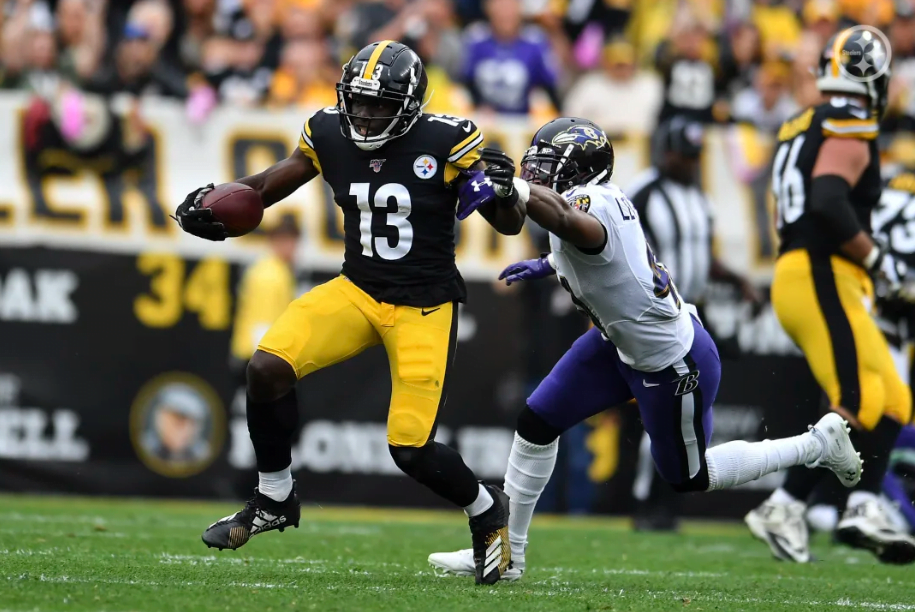 James Washington’s status is “questionable” after the second-year Steelers receiver left Sunday’s overtime loss to Baltimore with a shoulder injury.

According to a report from NFL Network’s Ian Rapoport, Washington could miss considerable time.

#Steelers WR James Washington is expected to miss a few weeks with a shoulder injury suffered on Sunday, source said. Another challenge for either Mason Rudolph or Devlin Hodges this week.

It was the same game in which his fellow OSU alum Mason Rudolph took a scary helmet-to-helmet hit that knocked him out of the game. Rudolph is still in league-mandated concussion protocol and his status for Sunday’s road game against the Chargers is in the air.

Through five weeks, Washington has nine catches for 140 yards. He caught the big third-down converting-catch on the play that saw Rudolph go down. Washington finished with 52 yards on three catches Sunday before leaving the game with the shoulder injury in the third quarter.