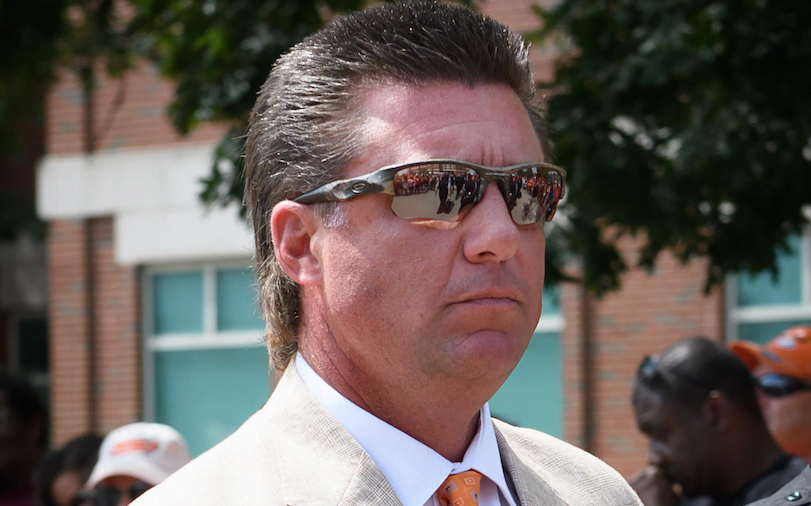 The Baylor-Mike Gundy saga has come to an abrupt end. On Tuesday, reports surfaced suggesting that Gundy and Baylor officials were, or had already met, to discuss the head coach position in Waco.

But that position has now been filled. The school announced that it has hired Temple head coach Matt Rhule to take over.

But it wasn’t for a lack of effort on Baylor’s side.

According to a report from Jim Traber, Mike Gundy turned down a deal that was offered to him worth 10-years, and a whopping $60 million.

If true, that money would put him fourth in highest paid coaches in America. One spot ahead of … Bobby Stoops. That is according to USA Today coaching salaries data available online.

That’s a staggering number. Even more staggering? The Oregon Ducks, who have not hired a coach after firing Mark Helfrich, are considered to be “in play” according to Traber.

The craziest thing: Oregon has said they would be willing to pay $10 million for a head coach. Would Gundy warrant such an offer? It’s doubtful, in my opinion. But if he’s “turning down” $6 million per year, he’s either using that as a ploy to get a raise, or he expects bigger money elsewhere — that a school like Oregon could conceivably offer him.

Is he worth becoming the highest paid coach in America? I’m not sure. But that’s not my decision to be made.