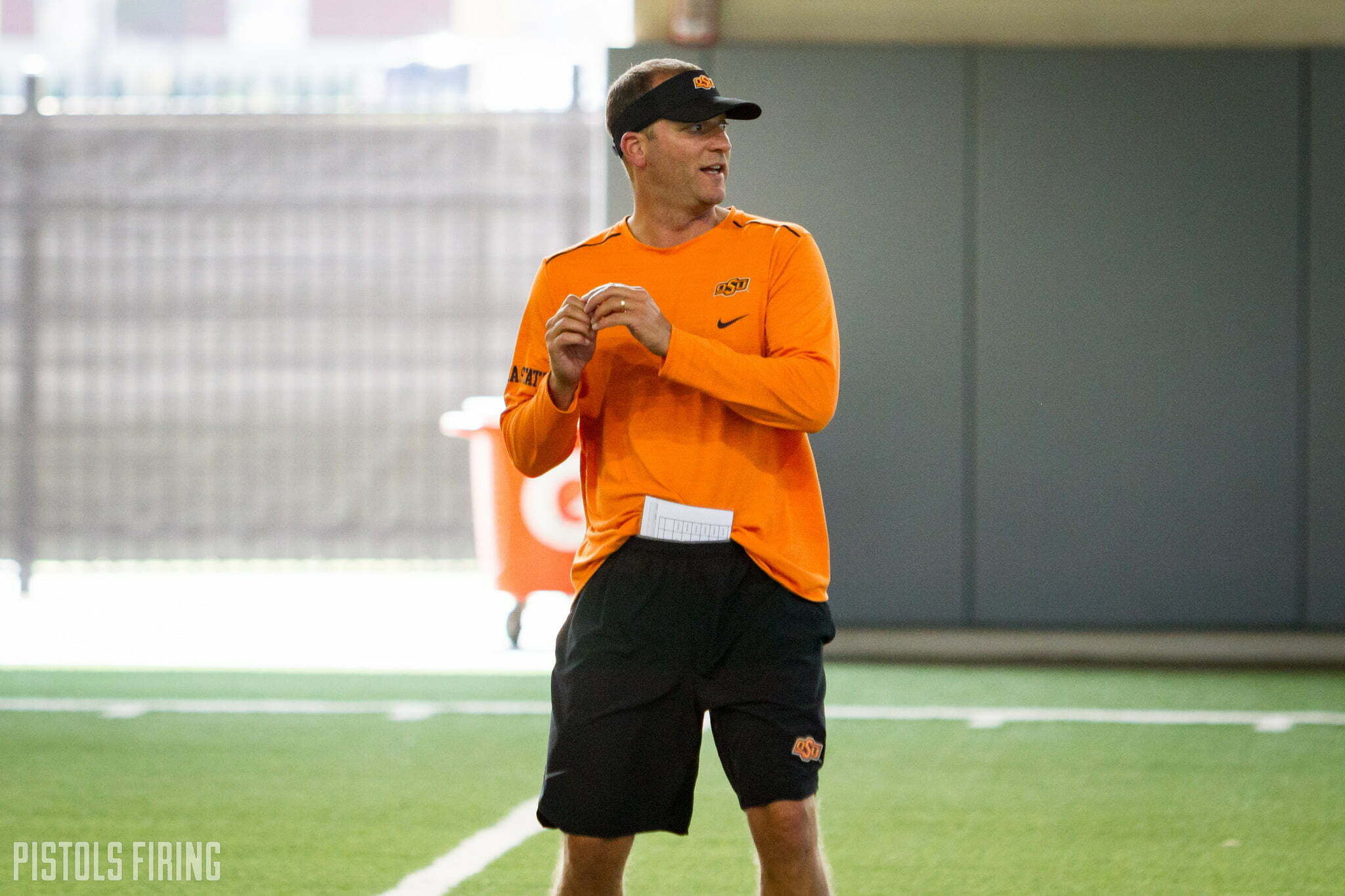 CMU went 1-11 last season (losing to Kansas) with the Chippewas’ only victory coming against Maine, leading to John Bonamego’s firing.

Yurcich, a native of Euclid, Ohio, is from the MAC area. In his sixth season at OSU, Yucich-led offenses have ranked in the Top 20 in total offense five times, the only outlier being 2014. The Cowboys are currently 10th in the country in total offense, and last season OSU finished fourth in the stat.

Samuels’ report primarily talks about Stoops, but notes, “if offensive acumen and ties to the midwest are on the wish list, (Yurcich) can check off both those boxes.”

CMU athletic director Michael Alford went to the university in May 2017 after being the senior associate athletics director for administration and development at OU, explaining all the Oklahoma-related candidates.