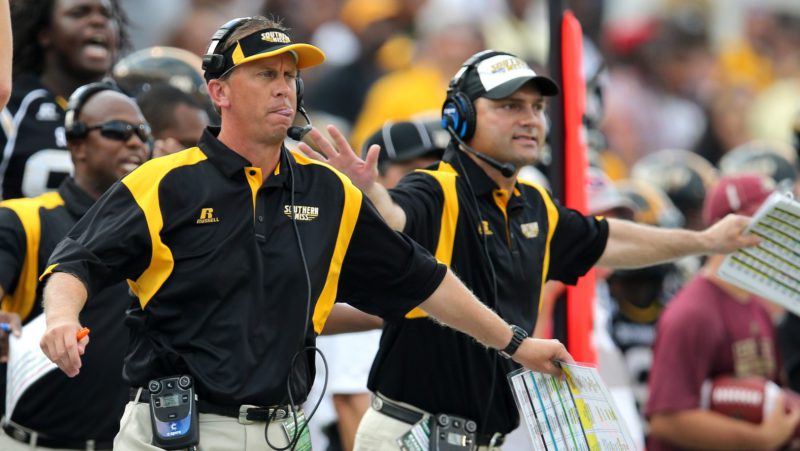 The search for Marcus Arroyo’s replacement (it seems) has ended. Lauren Rew of The Franchise Tulsa has reported that former Southern Miss special teams and wide receivers coach John Wozniak will be the Cowboys’ next running backs coach.

As well as spending time as a graduate assistant with Oklahoma State in 2004, Wozinak had stops at LSU and Alabama and, of course, Southern Miss, where he served under former OSU offensive coordinator Todd Monken.

In 2012, Southern Miss was the 11th-best passing offense in Conference USA with just 2,019 yards, ahead of only Memphis. In Wozniak’s first year, the Golden Eagles jumped to No. 3 in the conference with 2,911 yards and have been in the top four every year since.

No official release has come out but when current OSU staffers are retweeting the news it’s likely to be true.