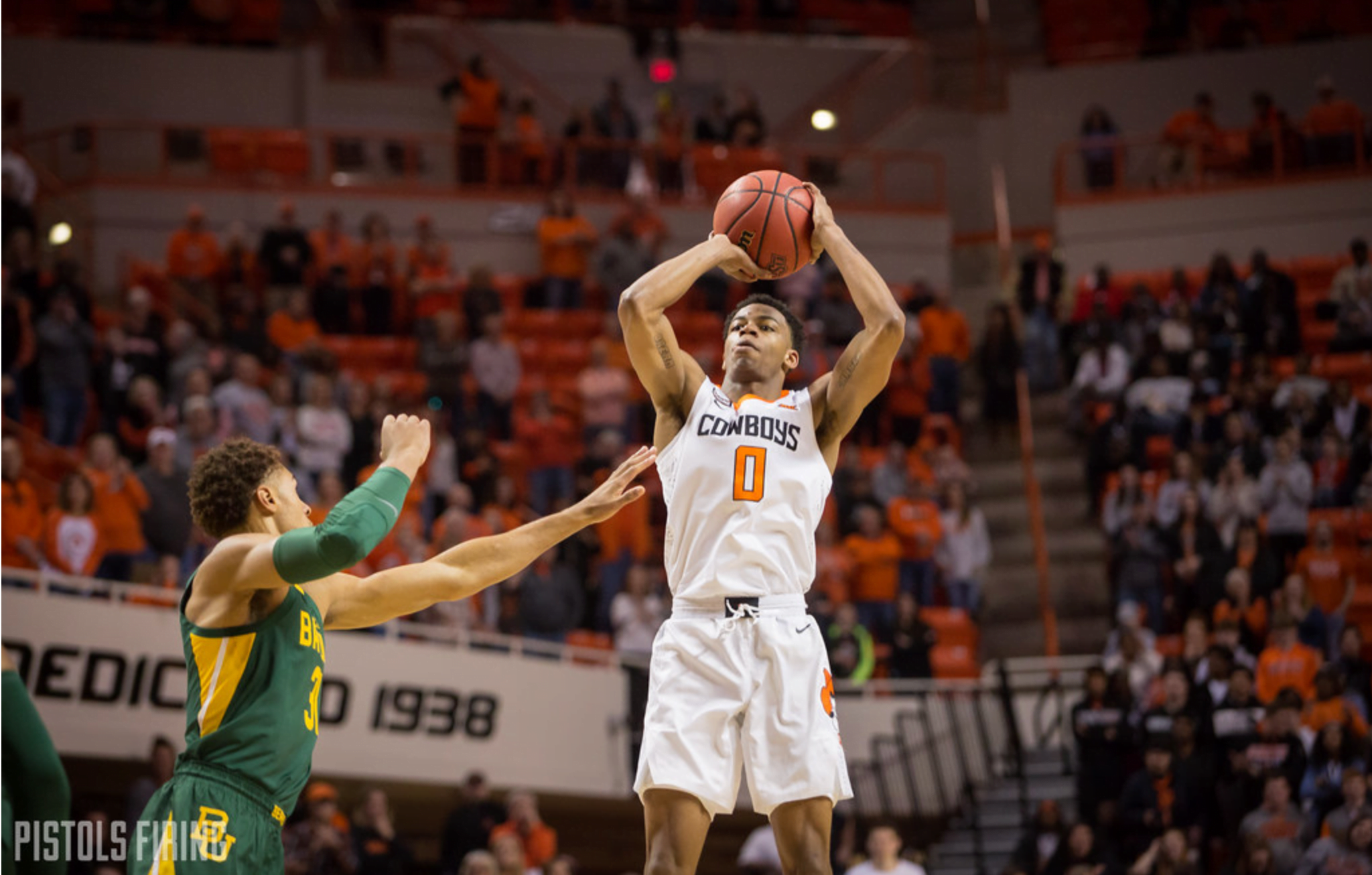 To say it’s been a strange year for Oklahoma State basketball is an affront to strange years. The Pokes started off looking like a Big 12 title darkhorse but have since faded to the point that it’s looked like they’re barely in the derby at all.

Illness, poor shooting and milk-carton levels of disappearance from key players have all contributed to what we’re seeing. Answers only lead to more questions, and we’re left wondering what to root for over the final 13 games of the Big 12 season.

Here are three things I think we should look for and expect over the final month and a half before postseason time.

The timeline for Mike Boynton and this squad was supposed to be a J-curve. That is, they were decent in Year 1 — a borderline tournament team — before bottoming out in Year 2 (this often happens when great culture is being established) and then making a leap in Year 3 and beyond. This is the ideal trajectory. Here’s what it looks like. 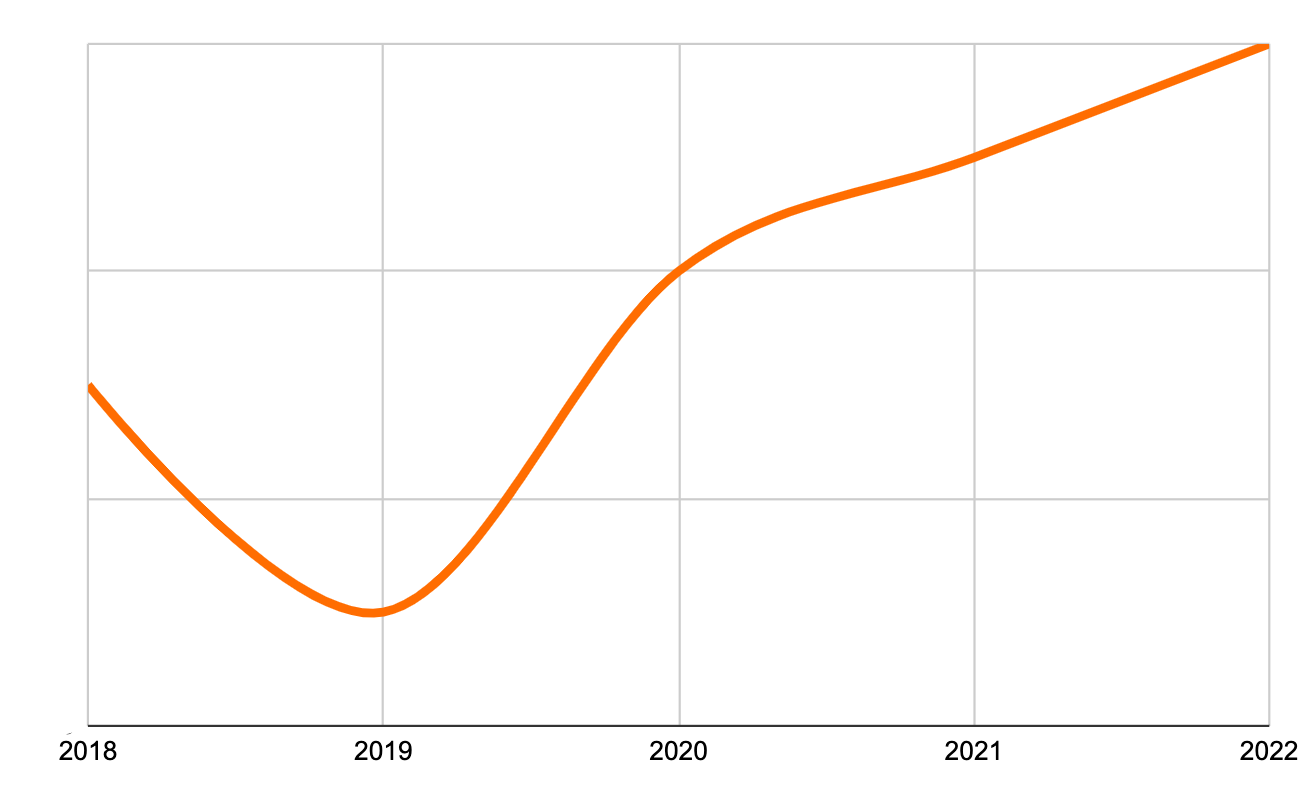 Last year was always supposed to be the basement. This year was supposed to be — at the very least — as good (if not better than Year 1) and then you grab the hockey stick in Year 4 and beyond. Instead, it’s looking more like this. 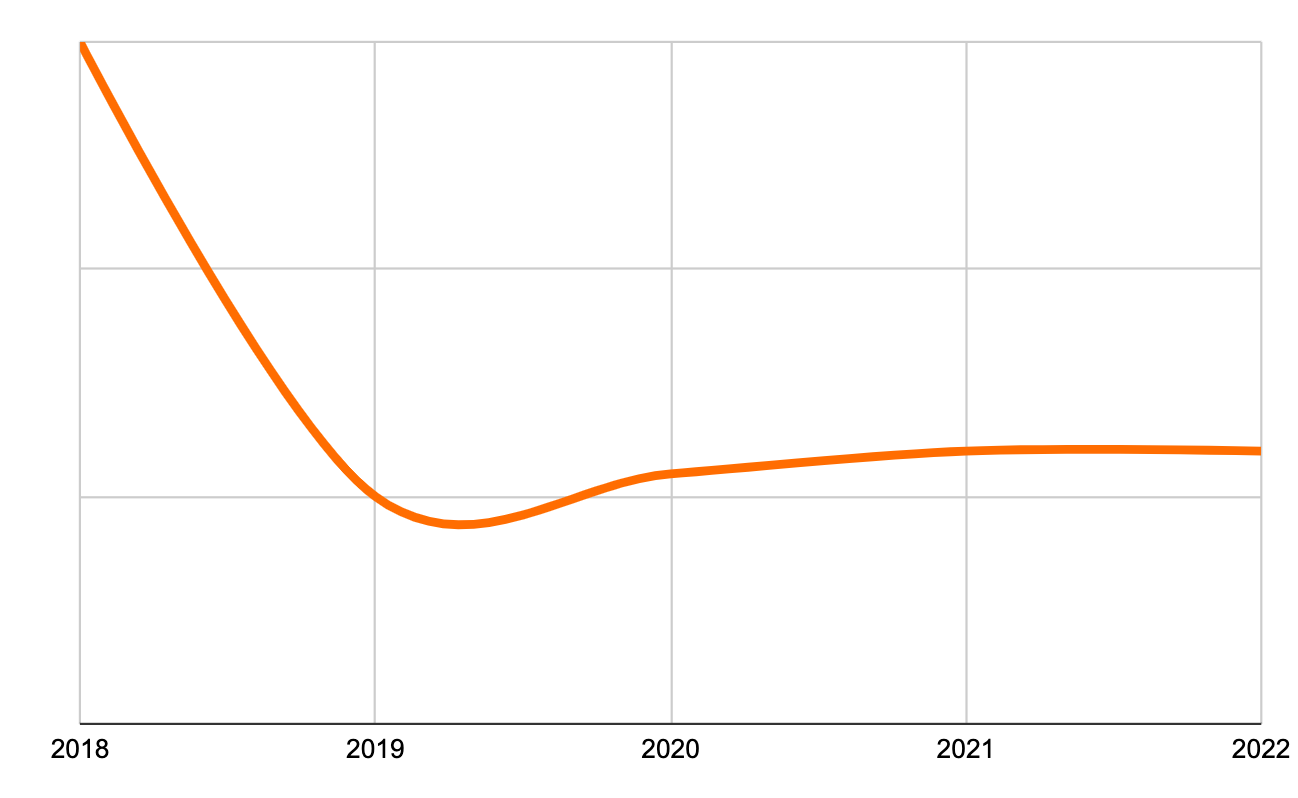 This is problematic. Not a death knell by any means but certainly not the trajectory you want to see at this point in Mike Boynton’s tenure. Over the next six weeks, they badly need to regain some modicum of that trajectory. Win more conference games than they did last season (a bleak proposition at the moment, to be honest). Momentum is mostly meaningless as it relates to connecting each year, but in looking at trajectories, it might be the most meaningful marker. They need some. 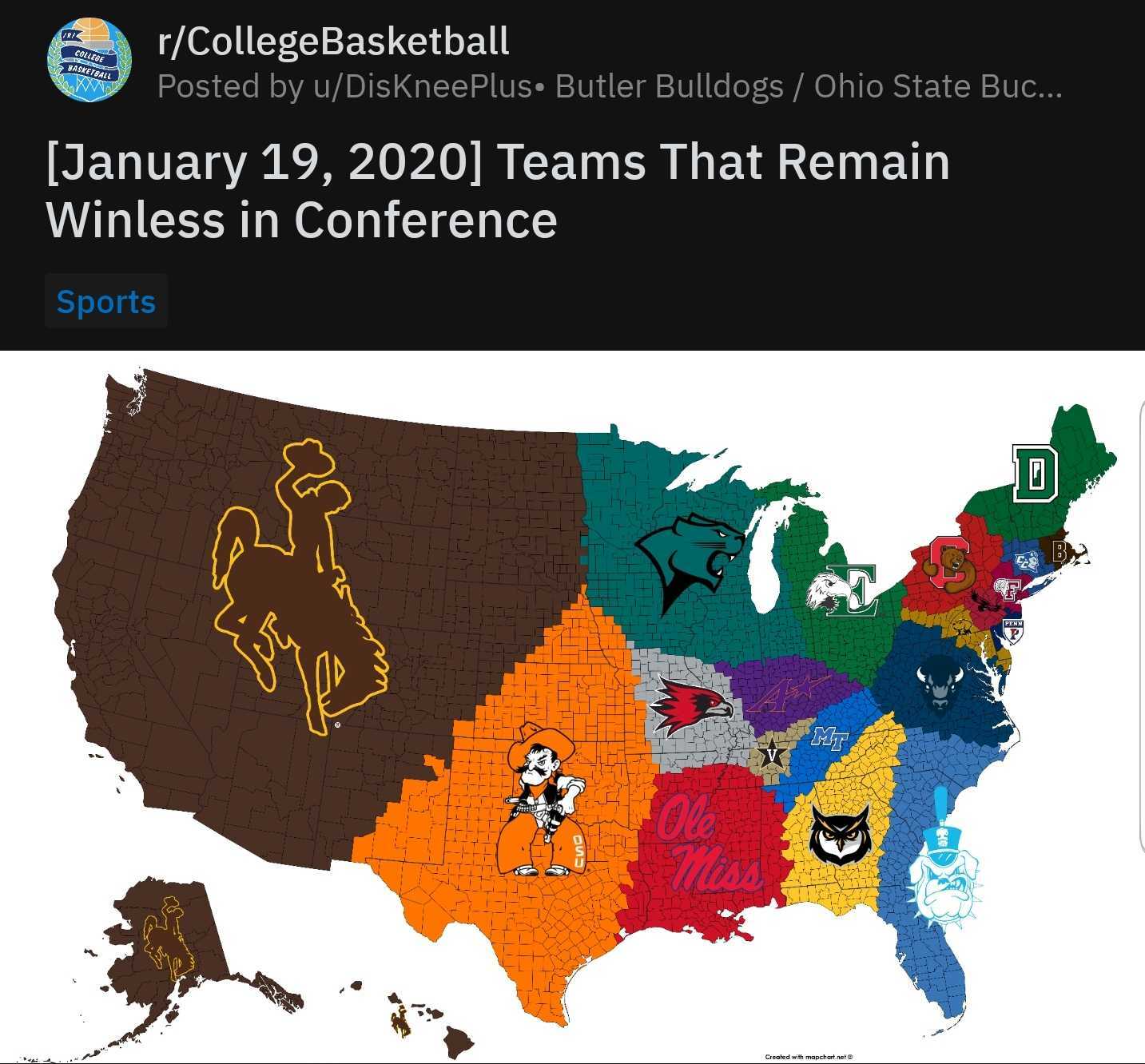 The advantageous thing about end-of-year momentum is that — if you’re able to capture it — it will often make people forget about the middle of the thing. Remember when OSU lost six straight to open the 2017 conference season? You probably don’t. You probably just remember how thrilling it was to be back in the NCAA Tournament against Michigan and how optimistic we were about the future (until Brad Underwood remembered how traditionally elite Illinois is an institution and left Mike Holder in a lurch). There’s still time for 2020 OSU to pull a 2017 OSU. It would be a nice parting gift from a trio of seniors whose legacies haven’t yet amounted to a whole lot.

Listen, I love Mike Boynton. If the ship sinks to the bottom of the ocean, I’m going down with it. That’s well-established. But OSU has not been good offensively since he’s been in charge. Their KenPom numbers are ?, and their half-court stuff does not inspire. Some of that is a personnel issue. Some of it is just the fact that nobody in college basketball runs many good half-court sets. But ultimately, it falls at Boynton’s feet.

Here are national OSU’s offensive efficiency ranks since he took over.

Here are the defensive ones, too, in case you were wondering.

Teams that are 0-5 in conference play don’t normally have great identities, and OSU’s has definitely not been established. Sometimes your stuff changes depending on personnel (see: Mike Gundy, Years 1-5), but OSU needs to figure out who they are offensively with a lot of the key cogs coming back next season. A hope: Anderson distributing, tons of pick and roll with the Boones at the top of the key, Ice roaming, cutting and doing Ice stuff and the shooters posting up in the corners. I realize this is a wildly oversimplified explanation of what needs to happen, but I think it represents how OSU could spread the floor and create more space than it has been creating (which is basically none).

If OSU goes on to have any level of success this season, we’ll look back at the 12-minute mark in Game 4 of Big 12 play against Texas at home when the whole thing turned. OSU rolled with Texas the rest of the way and then mostly looked like the team they were early in the year against Baylor at home in the following game. They balled out against a legit top-five team, Big 12 favorite and national title contender.

What’s different? They’re playing the youngs. It crystallized that the Boone kids can go and that Avery Anderson — while not the offensive player you’d like him to be — is what a real Big 12 athlete at an important position looks like. He’s a piece. So are the Boones. Would you like to have Marcus Watson — your No. 1 prospect from last year’s class — also involved? Sure. Am I convinced Chris Harris and Hidde Doncic are also pieces? No. But if you can get the Boones and Anderson to a “legit players on a real Big 12 team” level and get Healthy Ice and not Does Ice Still Have A Debilitating Illness Ice the rest of the way, you can talk yourself into something next year with the No. 1 prospect (?) in the next two draft classes coming to town.

Finally getting to catch Cade Cunningham courtside for the first time & I'd just start tanking now if I'm an NBA team who doesn't have an MVP on roster already. Reads the floor and executes on his passing/handling at the highest level possible. Neo seeing the Matrix code levels.

Bonus: Somebody solves the case of the Disappearing Yor, and all the high-brow “could win the Big 12 title in 2021” thoughts we thought early on this year are still in play.

Legacies, employment (?) and the future of OSU hoops could (at least somewhat) hinge on this stuff happening. It may or may not happen. I have no idea. But in a year that’s been so high (Ole Miss!) and so low (back-to-back 40-point efforts!), recovering in the second half of the season and adding an NBA player to the fold next year would go a long way in making GIA great again.