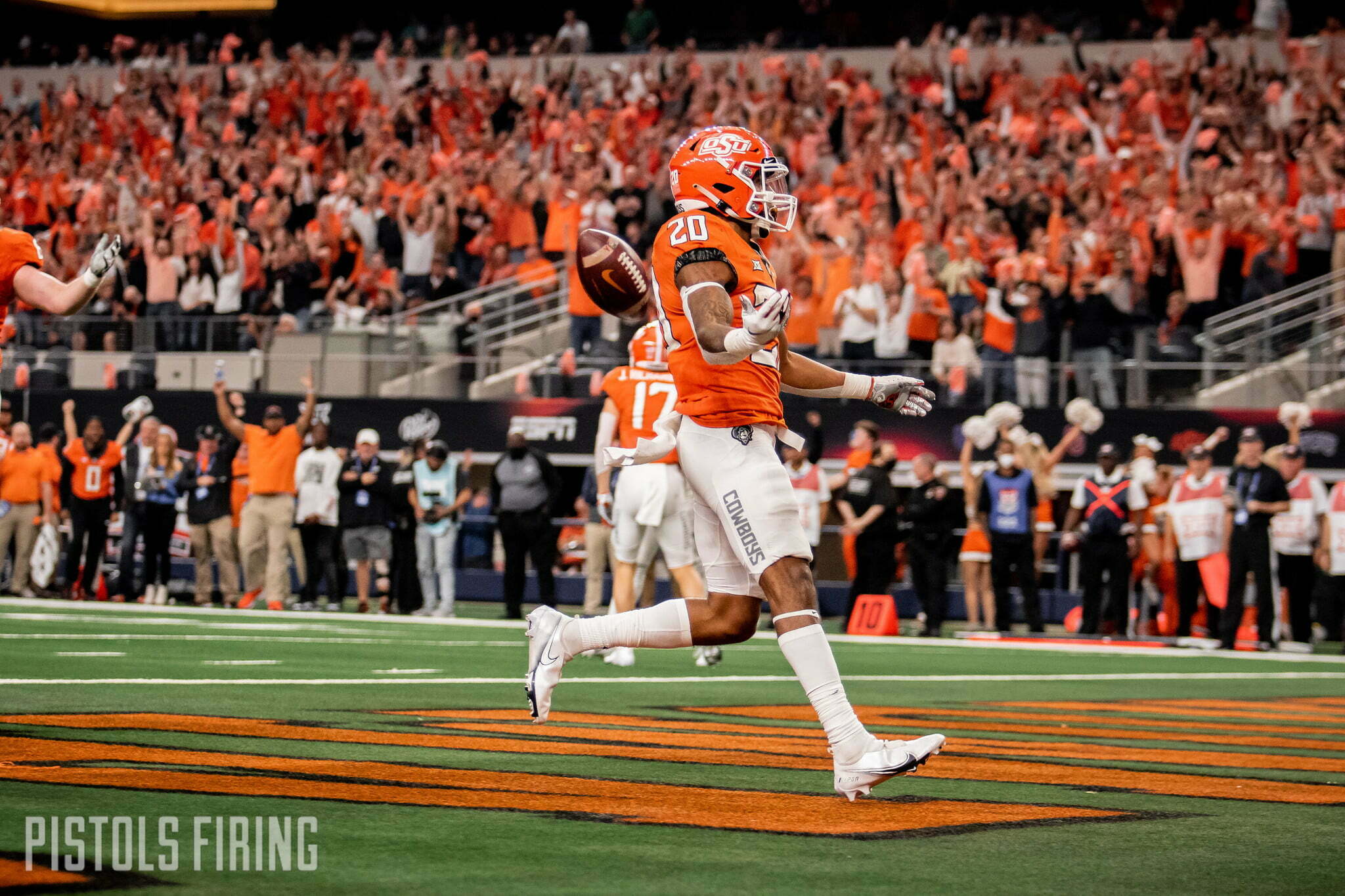 STILLWATER — Dominic Richardson said he is going to tie his cleats a little tighter on Saturday.

Oklahoma State will play Baylor at 2:30 p.m. in Waco in a rematch of last season’s Big 12 title game. In Arlington last season, Oklahoma State got stuffed on the 1-yard line twice in the fourth quarter. The first of those drives ended in a field goal. The second was Dezmon Jackson’s infamous lunge for the pylon that came up inches short.

So, why is Richardson going to tie his shoes tighter? He started the first series the Cowboys were stuffed at running back, but after a carry on the first play, his shoe came off. He hobbled to the sideline. Jackson came in. Jackson made a miraculous catch to get OSU down to the Baylor 1, and with OSU playing with tempo trailing 21-13, Richardson didn’t have a chance to sub back in.

From the 1-yard line, Jackson was stuffed twice before he and Spencer Sanders flubbed an exchange, forcing Brennan Presley to recover a fumble and OSU to settle for a field goal. If Richardson was in there, would things have been different? It’s obviously impossible to say for certain, but Richardson scored on a 4-yard run in the third quarter.

The same question could be asked if Richardson was in on the final plays of the game, where OSU was again stuffed at the 1 and the Cowboys’ hopes at a College Football Playoff berth ended with Jackson’s near-miss at the pylon. Richardson said he thinks about that moment a lot.

“Dezmon is a hard runner,” Richardson said. “I think about it all the time. I would’ve stuck my foot and got up into the end zone. But us running backs see things differently. That’s what Dezmon seen and he picked that option.”

Add it to the long lists of what-ifs not only from that game, but that season — for good and bad for OSU.

What if the fumble in Boise hadn’t been blown dead? Would OSU’s magical season have ever even taken off?

What if Brennan Presley’s forward progress would have been called enough for a first down in Ames?

It’s moments like all of those that make people feel when watching college football. Flat rollercoasters aren’t popular. It’s the ups and the downs you sign up for. But that down at the pylon last season is going to stick with OSU faithful for a while.