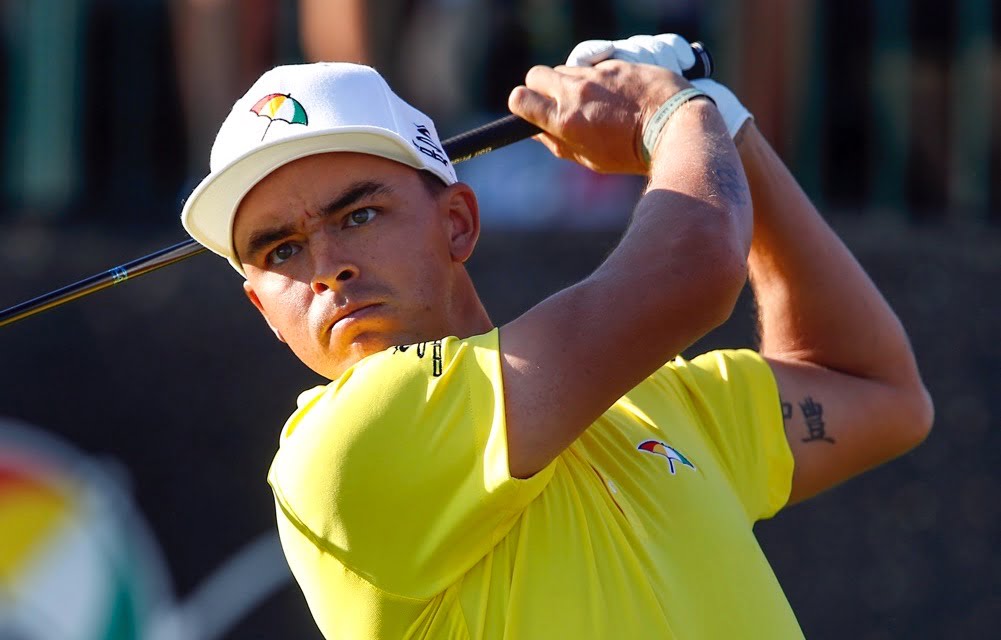 Rickie Fowler rocked some sweet Arnold Palmer kicks last week in honor of the man they called The King at the Arnold Palmer Invitational at Bay Hill. He said then that there were actually two pair, both of which were custom crafted, and he was going to action the others off for charity.

“To have the shoes, something different, it’s kind of a collage of Arnie through his years of golf,” said Fowler last week. “So it’s pretty cool. I told some people I’m not sure if I’m going to take them off. I had to put them on last night to lace them up properly and make sure they were good to go for this morning and, no, it’s going to be a special week and I’m glad I was able to put a couple things together and as well as my sponsors stepping up as well.

“The plan is the second pair of the shoes that were handmade, those are currently being auctioned off,” said Fowler. “Those shoes are going out to the obviously, the highest bidder and then the shoes that I’m wearing I’m hoping that I can keep the left shoe and take that home, I’ve got a little Arnie setup at the house and then I want to leave the right shoe here and hopefully next to the hat (in Palmer’s office).”

On Tuesday the auction ended and Fowler sold the kicks for $25,300 to give to the Arnie’s Army Charitable Foundation. There were 93 bids on the spikes.

“The response to these shoes has truly been phenomenal, fueled by a love for Arnold Palmer and Rickie’s fondness and respect for The King,” said Grant Knudson, Puma’s global head of footwear and accessories, according to Golfweek. “We are honored to have been a part of this touching tribute to Arnold’s legacy along with Rickie and Dominic (Chambrone), helping raise more than $25,000 for Arnie’s Foundation.”

Fowler is skipping the WGC-Dell Match Play in Austin, Texas this week to stay at home in Florida and prep for the 2017 Masters. He will play next week at the Houston Open before heading to Augusta National. Oh, and hey, he’s hanging with the OSU golf team in his down time.

Thanks to @RickieFowler for having us over to his new digs for a little post-round practice session! #okstate #golfschool pic.twitter.com/NIDwoIM1g4