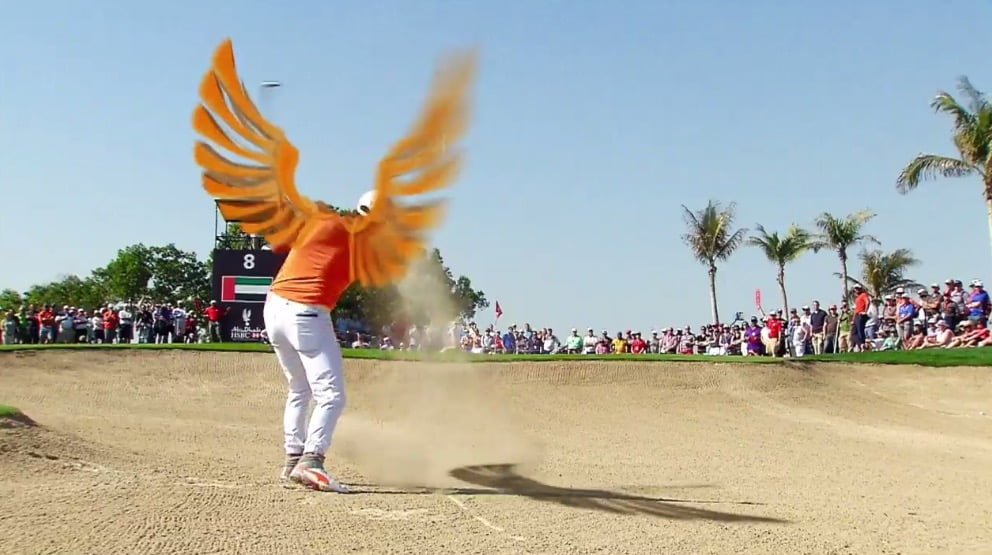 The HSBC Champions is this week in China, and the event always produces some great photo ops for golfers in traditional Chinese attire. Usually it’s a throwback to yesteryear (case in point below).

When your lunch friends insist Moe's is the same as Chipotle. https://t.co/iQIgbytOjb

This year the theme is superheroes.

One of the featured superheroes is Rickie Fowler, dubbed “Eagle Eye.” I don’t know where this came from or why it’s happening, but it’s sort of humorous and a nice addition to the event.

Fowler is one of my four Americans I think could make a leap this season. He finished sixth on the PGA Tour last season in strokes gained overall just behind Rory McIlroy and Jordan Spieth. They both won twice, and Fowler came up empty-handed (although he did win Abu Dhabi on the European Tour).

Strokes gained is essentially how well you scored compared to the competition you played against. Every player in the top five of this stat won at least twice, and it actually probably goes against the odds that Fowler did not.

Golf is weird in that the best players don’t always win. For example, you could theoretically lead the PGA Tour in strokes gained by a wide margin and never win a tournament because somebody had a career week.

I think he gets at least one and probably more in the 2016-17 season which, for him at least, starts tonight in Shangai. Wings sold separately.