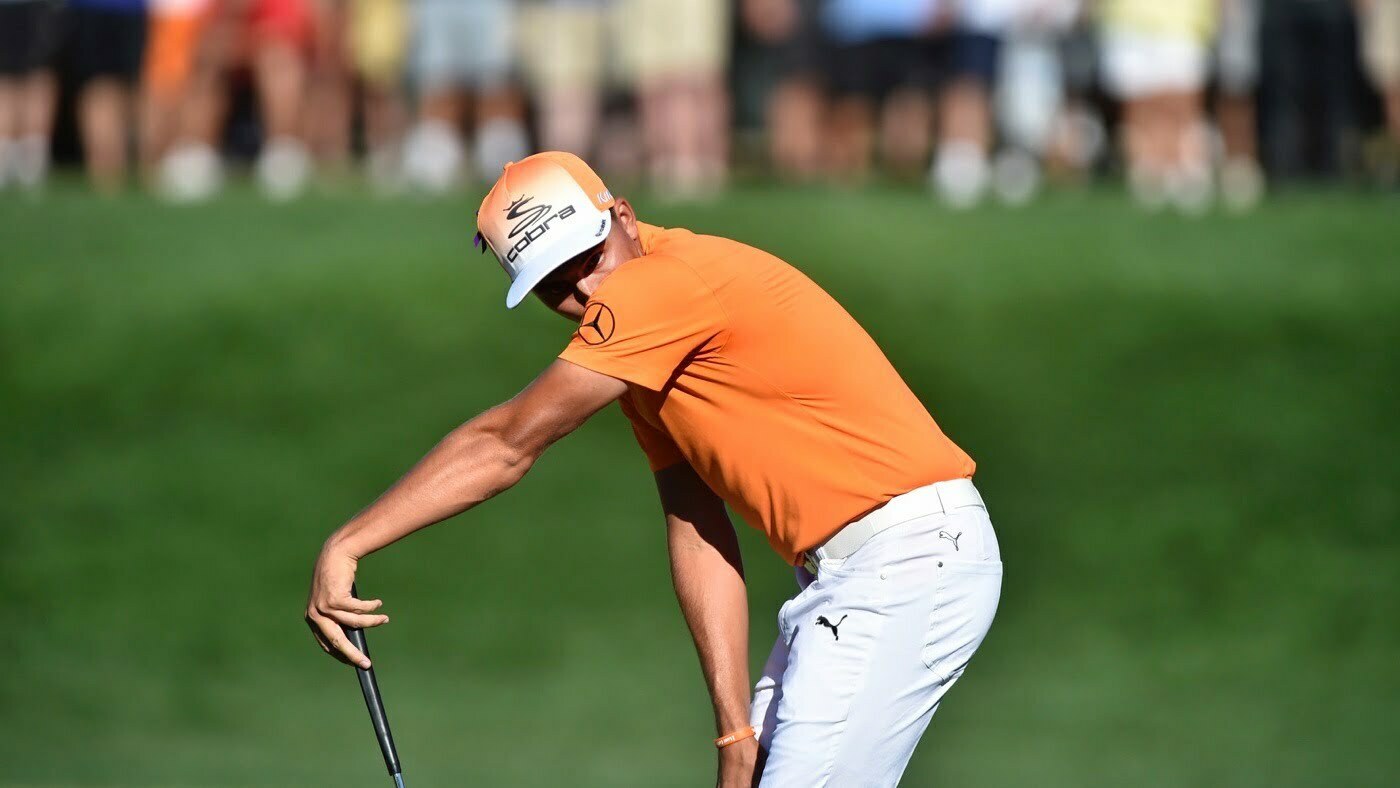 Sunday was not one for the annals when Rickie Fowler sits down at the end of his career. Fowler, who led after 54 holes, gagged over the final nine holes with three bogeys and a double to lose by three to Patrick Reed. He shot a 3-over 74 and 4-over 39 on the back. It gets worse though. Fowler was playing to get on the Ryder Cup team and needed to finish in third or better to do it. He finished T7 and whiffed on being one of the automatic eight players going to Hazeltine.

In fact, Fowler was trending towards being one of the top four until the back nine on Sunday.

Rickie Fowler went from 4th in the Ryder Cup standings to 11th in 8 holes.

Instead he finished 12th in the Ryder Cup standings.

“Disappointing back nine,” said Fowler. “I didn’t drive it the way I needed to. It was just a little off here and there. You had to be playing out of the fairway. So yeah, very disappointing. Not the way I’ve been playing the back nine all week. Coming to the last eight holes, I made one bogey through the week. I don’t know, like I said, just made a couple bad swings at the wrong time.”

Fowler had only made one bogey during the entire tournament coming into Sunday. His scrambling had been downright preposterous, and it caught up to him. But his loss is not what it might initially seem. U.S. Ryder Cup captain Davis Love III is pretty clearly looking for a reason to put him on the U.S. team, and leading the first FedEx Cup Playoff event after 54 holes is plenty of reason.

“I don’t know how far Rickie down was [on the Ryder Cup list] in 2010 in Wales, but he got picked because his putter was hot and everybody wanted him on the team,” said Love at the PGA Championship a few weeks ago.

Everybody wanted him on the team. Fowler is on the U.S. task force for improving the Ryder Cup selection process, is one of Phil Mickelson’s practice round gambling partners and is tight with Jordan Spieth and Jimmy Walker (both of whom are on the team). There was like a 1 percent chance Fowler was going to be left off the team coming into The Barclays even though he’d been trending poorly, and that has now been lowered to zero.

“It’s not for me to worry about right now,” said Fowler. “I’ve just got to go out and get ready to play next week. Coming off a win [at the Deutsche Bank Championship] last year, I feel like I’m in a good spot. I played great is this week, and I’m not worried about resumé or anything like that. I’ve just got to continue to work on the game, continue getting better. It was almost really good this week.”

So despite the fact that Fowler sort of coughed up the tournament down the stretch, he will be on the U.S. Ryder Cup team in two weeks when Davis Love III makes three of his four captain’s picks. There’s just no way he won’t be.

Fowler is too tough and there are no better options for Love at this point. Plus, if Love needs somebody to go full ‘Merica on Sunday to rally the troops, I know a guy.