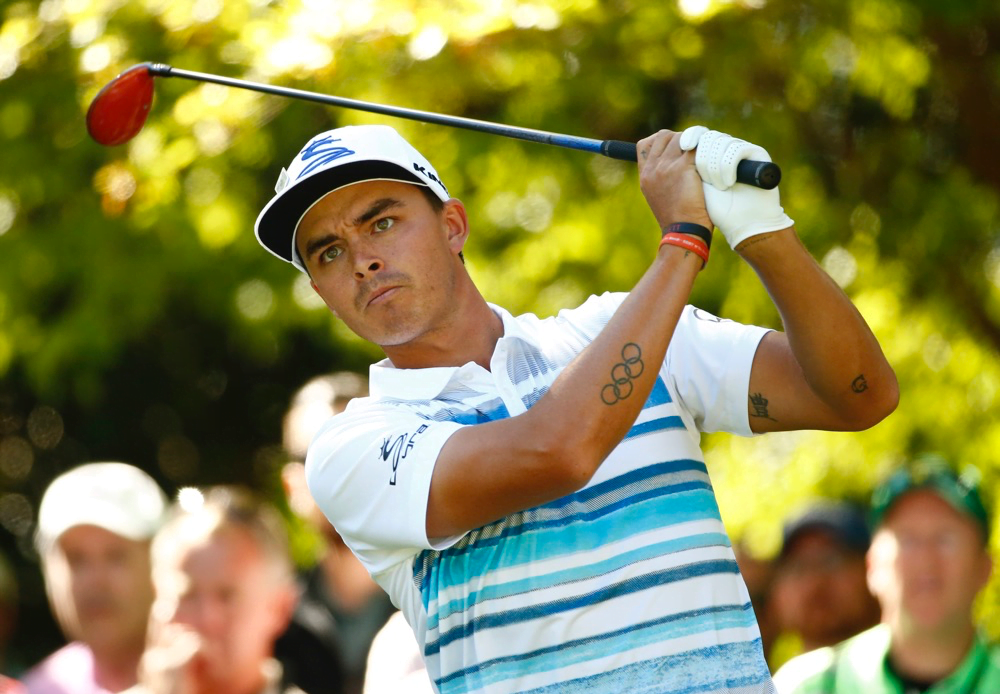 AUGUSTA, Ga. — Rickie Fowler has finished in the top 10 six times in major championships, but the reality is this: He has never had a better chance to win one than he does at this year’s Masters.

There is a difference in golf between charging on Sunday to finish T9 and shooting a 76 to do the same. When the latter happens, you had a chance to win. You were in the heat of it on Sunday afternoon. The trophy (or jacket) was in your sight. Fowler has really only had that once or twice in majors.

Now he’s 5 under and just one stroke back of 54-hole leaders Justin Rose and Sergio Garcia. When the dust settles on Sunday evening, whether Fowler walks away with the win or not, he will at least be able to say he had a chance. In a golf career, all you’re trying to do is give yourself the most best chances to win big boy events.

Fowler shot a 71 on Saturday to stay in the mix despite not having his best stuff this week. He is No. 52 in the field in average proximity to the hole and said on Saturday night he hasn’t truly found his swing over the last few days. His low ball flight let him mix it up on Thursday and Friday, and an improve short game kept him in it on Saturday.

“I feel good about everything,” said Fowler. “The game feels good. I haven’t swung my best this week, or as good as I have the past few weeks. But I know we can pull out our best stuff (on Sunday).

“Short game’s been good. Putting’s been nice. Making good par saves. I’m looking forward to (Sunday). I’m excited about it. This is by far the best I’ve felt in a major.”

Fowler is paired with Jordan Spieth in the penultimate pairing on Sunday afternoon. They will roll off the first tee at 2:35 p.m. ET.

“It’s going to be a good time … it will be Jordan and I going out and having some fun,” said Fowler. I think it’s a really good thing. Him and I could potentially get off to a good start and we could really push each other. We’ll try and pull the best out of one another. It’s always fun when you’re playing with one of your good buddies.”

Fowler has had a gleam in his eye all week. He’s had a look that I’ve not seen from him many times in his career. He has evolved as a golfer and a person. The confidence that you belong on the biggest stage and that you’re comfortable in that position is paramount to winning these golf tournaments.

“Just this week how I feel physically, mentally,” said Fowler. “From how my game feels, how I feel just about life; I feel great on the golf course. It feels like I’m right where I’m supposed to be. It doesn’t feel out of place. Yeah, I get nervous on some shots out there. You get nervous on the first tee. But I’m settling into rounds very well. I’m thinking clearly. I’m not rushing. Just it feels good out there.

“As good as I feel now, all of them before haven’t felt this good. There is somewhat of a learning curve as far as the more you play, the more comfortable you do feel. It’s something where I’ve continued to feel more and more comfortable here at Augusta and I feel like that really started maybe three or four years ago. But this is definitely a different position now.”

This certainly won’t be Fowler’s last chance at winning a major championship, but to date, it’s his best chance. He’ll have to slay some lions of the game to win it. But if he gets his swing at all in Round 4, that’ll be a wrap. Danny Willett will slide the jacket on him, and green and orange will bleed into the Augusta night.

The final test is here, and 69 will be a passing score. Fowler is my pick to win at 280. Spieth will run out of gas, Garcia or Rose will shoot 76 and Fowler will just have to hold the other one off down the stretch. I think Fowler’s swing finds him early, and Oklahoma State toasts a proper Masters champ.