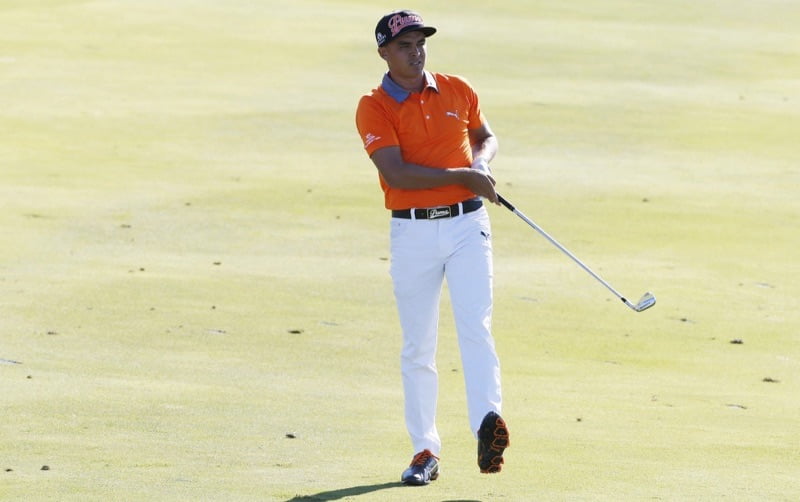 The last of four FedEx Cup playoff events is this weekend with the Tour Championship. A season that feels like it has lasted longer than Lewis and Clark’s expedition across the United States is finally coming to an end.

The frustrating part about all of this is that the FedEx Cup Playoffs are incredibly confusing. They are made up of four tournaments but the winner of the overall playoffs (and $10 million in bonus money) doesn’t necessarily have to win the final tournament (although that’s a rare occurrence).

That’s strange. It would be like the Patriots romping through the playoffs, barely losing the Super Bowl and us giving them the trophy anyway.

Even winning scenarios are difficult to understand. Case in point.

This is why nobody likes the playoffs. pic.twitter.com/gKPvS4HOLD

Thankfully, if you’re a Rickie Fowler fan, things are pretty straightforward. Fowler currently stands No. 3 in the FedEx Cup rankings. If he wins the Tour Championship, he wins $10 million. There are only 28 other golfers in the field.

“I’m here in a good position, unlike my past visits, controlling my own destiny,” said Fowler. “Knowing that if I win, I win the FedExCup. It’s also with where my game is and the wins that I’ve had this year, coming in with a lot more confidence, knowing that I can win here. Just continue to do what I’ve been doing. Only have to beat 28 guys. But they are the guys playing the best.”

Fowler is the only golfer to win a tournament Jason Day has played in since the beginning of August. Regardless, he said he’s not thinking about the $10 million (I’m not sure how this is possible … I’m thinking about it and I’m not even playing).

“I mean, yeah, it’s, it would be a nice little bonus,” Fowler said about the $10 million. “I haven’t thought a whole lot of how a little bit may be used in the near future, but I think the biggest thing is trying to cap off a great year so far. There’s a lot at stake this week. It’s going to be fun. But, no, once we’re out there, not really worrying about the money. You just want to beat everyone this week and get that trophy at the end.”