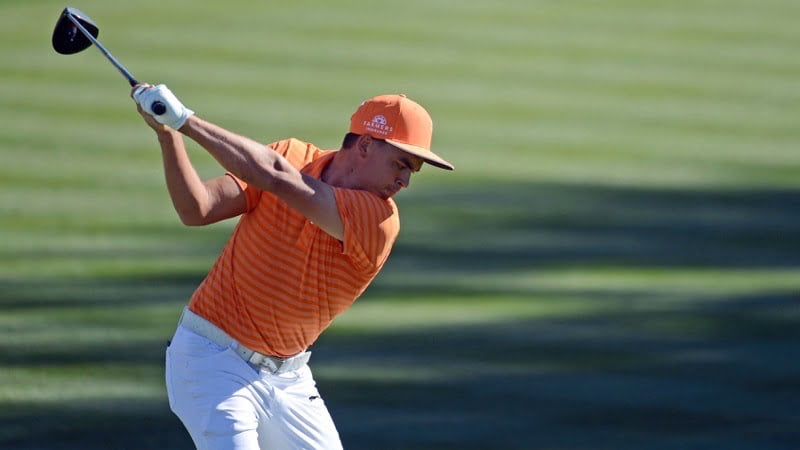 Richard Yutaka Fowler played 36 holes earlier this week with Michael Jordan. They’re buds, apparently, because such is life when you’re the No. 5 golfer on the planet.

“Of course, there was something on the line. The juices were flowing,” Fowler told USA Today. “I compare it to the money games on Tuesday with Phil. You have to be on your toes and there is pressure. Plus, you’re playing with MJ. It can’t get any better than that.”

Fowler said last year he enjoyed getting deep into MJ’s wallet. You know you’ve made it in sports, I suppose, when getting into MJ’s wallet is a thing you do on a regular basis. But Fowler said on Wednesday that he doesn’t talk to Jordan about performing on the big stage.

“I don’t talk to him a whole lot about that. I feel like more so, just watching him and how he handles himself on the golf course. You know, how much confidence he has in a game that is not his profession, but how he can kind of I guess succeed in some of the big moments when there might be a putt on the line, or he needs to get a ball up-and-down.

“It’s definitely fun to see him outside of his comfort zone in a way, even though he can get the ball around just fine. I think I get a lot out of that, and it’s always fun playing with him.”

Fowler will tee it up at the Honda Classic this week with Rory McIlroy and Phil Mickelson. Speaking of Mickelson! He had a great interview with Golf.com recently in which he talked glowingly about his good buddy in orange.

“He’ll face the same challenge in major championships that I’m feeling right now, and that is to kind of be patient with it,” said Mickelson. “Because the tendency is to force that issue that one week. But his game is there, and he knows that his game is there. In fact, I haven’t seen a greater improvement since he went to work with Butch a year and a half ago than Rickie Fowler.”

“His game in the last year-and-a-half, since he’s working with Butch, has taken on a whole different level. His ball striking is at an extremely high level. I played with him some of the offseason, and it’s very impressive. So he’s got a very complete game that, if he’s just patient with it, his game will click at the right moments without having to force it.”

Fowler is currently 13th in strokes gained tee-to-green which is probably the best measurement of elite ball-strikers on tour. He’s been unbelievable this season.

Mickelson was then, humorously, asked about Fowler’s high-top look.

“Well, look, part of it is that I have not seen [that style] in the decades that I’ve been out on Tour. And part of it is jealousy, because there’s no way I could pull that off. Not many people can, yet I feel like he’s doing it.”