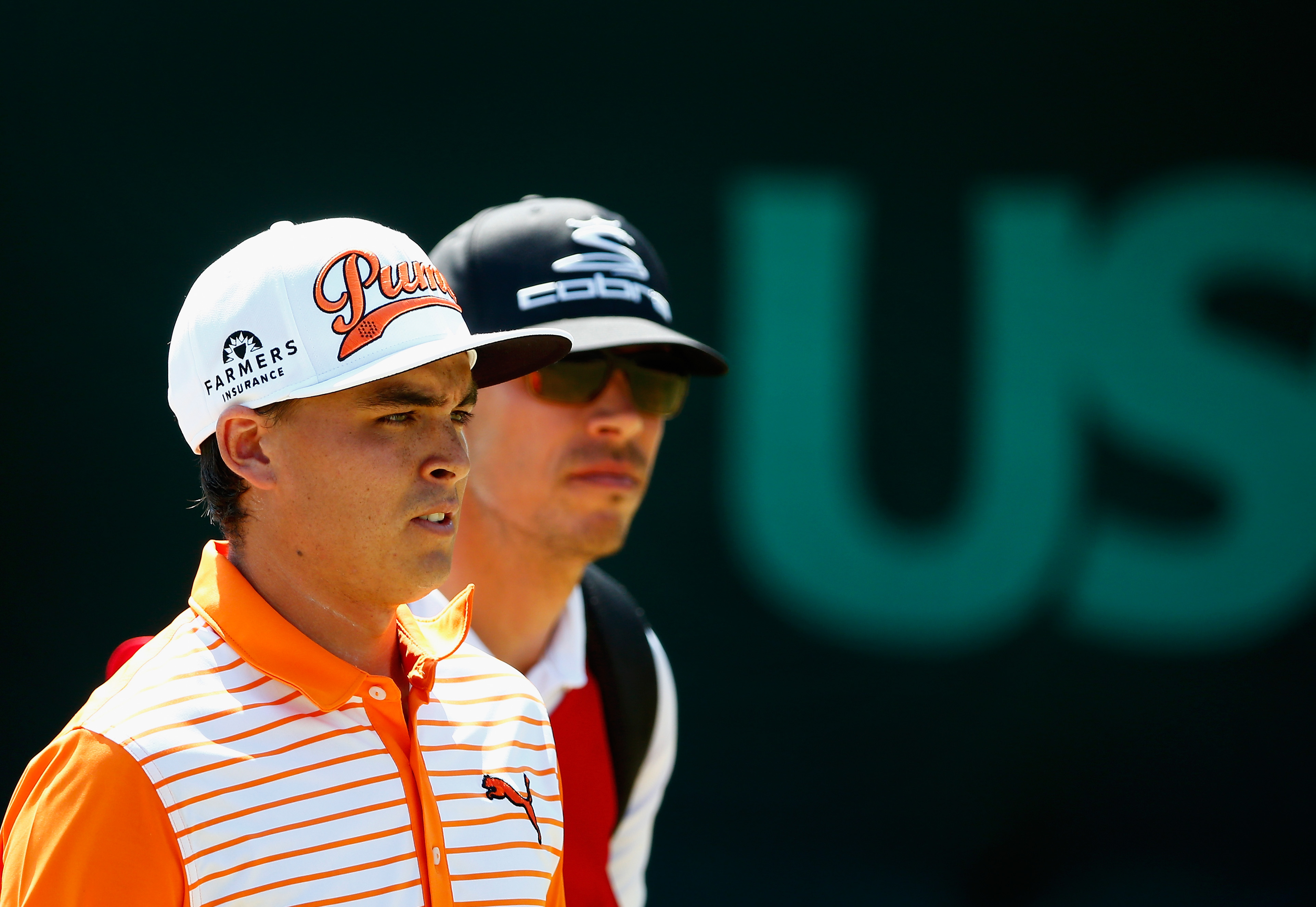 Two of the crazier non-football and non-basketball stats to me in Oklahoma State history are as follows.

Something tells me both could be increasing in the near future.

If it wasn’t for Martin Kaymer’s lunacy Fowler (who shot 1-under 279) would have been in a two-man playoff on Monday with fellow runner-up Erik Compton at this year’s US Open.

How about these two stats?

According to Ryan Cameron, this is the third time an OSU golfer has finished runner-up at a major.

It was a tremendous performance from Fowler that included a Saturday 67 when only one other golfer broke 70.

But it was more than that.

On Thursday Fowler paid homage to Payne Stewart who passed away after winning the 1999 US Open by wearing knickers and plus fours in his honor. It was as cool as it gets for a pro golfer.

Fowler has been working on a tweaked swing with his instructor Butch Harmon and it’s been showing of late. He’s also overhauled his mental approach and says he’s focusing mainly on the majors now.

That’s a curious thing for a one-time winner to say but it seems to be working for him so he probably shouldn’t mess with it.

The best thing about all of this is that he’s probably going to have played himself onto the Ryder Cup team by the end of the season, which captain Tom Watson will be thankful for. Rickie has the swagger America needs going to Scotland with the Martin Kaymer-Rory McIlroy-Justin Rose buzzsaw ready to roll.

It was interesting this week — I guess is is interesting — to see how many traditionalists really dislike Fowler. He’s one of the more polarizing guys on tour and as Jason Sobel pointed out, that’s a bit unwarranted.

Rickie Fowler shoots 67 on a day when no one else has broken 70 yet. But yeah, sure, he's just a flashy punk with crazy clothes. Whatever.

Fowler basically backed that up on Sunday after his finish.

“It doesn’t matter what I do, I’m always going to have critics,” said Fowler. “The amount of people that don’t like what I do or I’m not really worried about them I have so many more people that are supporters of me and fans and awesome people in the media that take care of me and write great stories and I’m just going to keep playing well and keep moving forward. Obviously there’s been some great finishes, but I want to win and I want to win more.”

Full disclosure: I haven’t always loved Fowler. I’ve never outright disliked him, I’ve just preferred the game of other guys. I was neutral towards him and his game.

Then when I played with him at Colonial last month I realized that behind the clothes and the (sometimes) leaky putter lies a guy who’s a professional through and through.

He’s as thoughtful as professional athletes come and whether you like him or not he’s one of the (few) faces of American golf that can carry the sport post-Tiger.

“They talk about prime being early 30s,” said Fowler on Sunday. “I got a little ways to go. So I can gain some experience and maybe I can pick off a couple wins in majors and some tour events before then. But, yeah, with how you feel on the golf course and around the week at a major, definitely it affects like the way you play and the more comfortable you can feel and the more you feel like you should be there and be in contention, the better chances you’re going to have to put yourself in a good position for Sunday afternoon.”

And we can savor the last week of splendid play until it does.