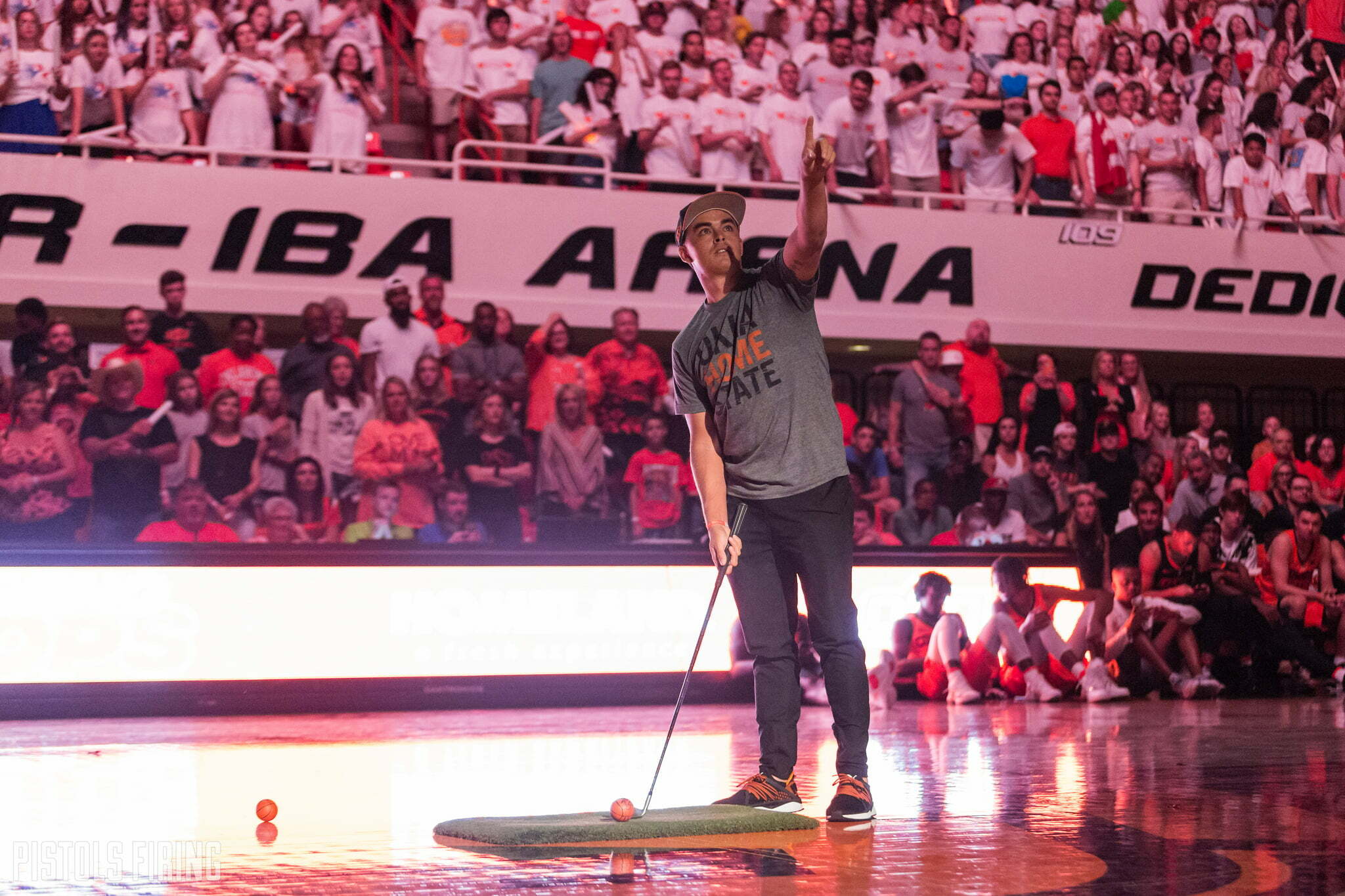 When Rickie Fowler isn’t playing competitive golf among the world’s greats, he is practicing with those same greats and more.

Fowler accepted an invitation to serve as Oklahoma State’s Homecoming Grand Marshal for this year’s Sea of Orange Parade and held a news conference Saturday before the Cowboys’ game against Baylor. During the conference, he laid he right forearm twist on the table, flashing his Olympics tattoo, and he talked about hanging out with Jordan Spieth, Justin Thomas, Tiger Woods and Michael Jordan.

At 28, Fowler is living a more high-profile life than maybe any OSU student in history.

“I get to spend time around some really cool people,” Fowler said. “Spending time with Tiger at home, I play a lot of golf with Michael Jordan when I’m home in Florida — so being around guys like that, it’s cool to see what they did, what they have done and to try and learn from them.”

He tries to make it back at least once a year, he said. Last year was the first time since he left that he couldn’t make it, but this year’s experience has made up for it.

“Definitely been a full schedule, but we’ve enjoyed every moment,” Fowler said.

“I think homecoming weekend, when people see it, they understand a little bit more about what Oklahoma State is, what it stands for, the family, the amount of people that come back and turn out for the Walkaround to the parade this morning. You always feel like you know people in the crowd, and if you don’t, you don’t feel like you’re very far removed from them.”

Fowler was a part of that for two years before he used OSU as his stepping stone into the PGA Tour. Since he earned his card in 2010, golf has gone through a major overhaul that he has been a huge part of. Kids are dressing up in all orange, not black and red anymore. Fowler, Spieth and Thomas are pals and just happen to make up three of the top seven players in the world.

When they aren’t competing against one another, they are practicing together in Florida or grabbing dinner or poking Fowler about how many majors he has won (0). Rickie said the camaraderie at the top of golf has been scrutinized for taking away from the competition, but this is a group of players who grew up together playing junior, college and amateur golf. Now as pros, they travel together, stay in the same hotels and live in the same couple of zip codes.

“I’ve seen stuff now that we’re getting too friendly and spending too much time together,” he said. “So you can’t win, but I know we’re enjoying it. We’re having a great time.”

It would be impossible not to. Imagine at least four or five of your best friends making millions of dollars, traveling the world and playing golf every day. Competition is important, but consider how highly you would value winning with a life like that.

That’s where Stillwater comes back into the picture.

Even with homecoming in full view, even with the population doubling overnight, Stillwater can humble even the seventh best golfer in the world. As he strolled around campus Saturday with his flat-billed cap turned backward and his girlfriend’s hand almost always coupled with his, Fowler was another one of the tens of thousands.

“We’re normal guys,” Fowler said. “We just happen to be a little bit better at golf than a lot of people.”