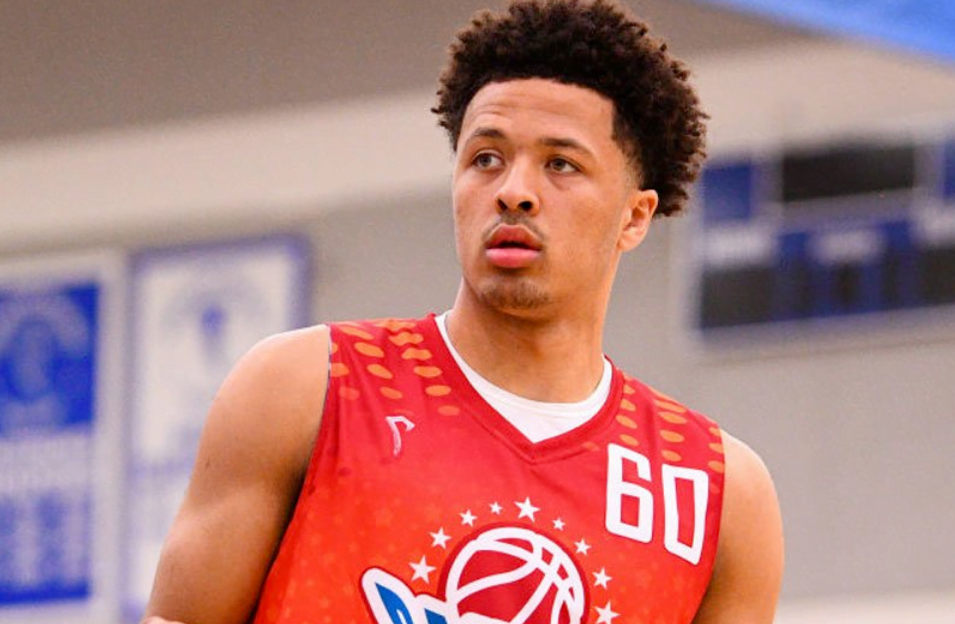 Buzz around basketball circles over the last two weeks has largely centered around five-star 2020 prospect Cade Cunningham for two reasons.

The first is the most obvious: he starred at the Nike EYBL circuit games in Dallas, drawing hype from many decision-makers in basketball that he might, in fact, be the No. 1 player and prospect in his classification. New 247Sports rankings released later today will likely have him at or near the top.

The second is more surprising and it’s a conversation we’ve had lately on this here blog site: that OSU has suddenly and surprisingly emerged as the frontrunner. It (understandably) begs the question everyone at work is shouting from their cubicle: Uhhhh howwhywhatwhenwhere?

Fair question. If he were to commit, he’d be the biggest name to do so in OSU program history. Bigger than Marcus Smart. Bigger than Le’Bryan Nash. Bigger, dare I say, than Gerald Green (who never made it to campus.) We’re not talking about an underrated three-star here.

Rivals analyst Corey Evans shed light on the situation Wednesday morning, and the answer, as close followers of OSU hoops recruiting will not be surprised to learn about, centers around OSU’s head ball coach.

Yes, the noise that you hear connecting Oklahoma State and five-star guard Cade Cunningham is real and legitimate. While he is nowhere near a college decision (he just recently released his top 10 last week), the Cowboys are in a great spot for him. No one has a greater history in recruiting Cunningham than Mike Boynton and his staff, as OK State was the first power conference program to offer him, which came during his freshman year and before all of the big hitters entered the mix. [Rivals]

As everyone anticipates, Cunningham, clearly one of the top 3 players in the 2020 classification, is going to get the full court pitch from all the blueblood schools — Virginia, Duke, Kentucky, Kansas, you name it. But Evans, who has followed him closely for several years and knows him personally, revealed an interesting nugget about his character that could be a boon for OSU down the line:

Others, including Duke, Kansas and Kentucky may be difficult to beat, but Cunningham is one of the more mature, well-thought out type of kids who will not be wowed by the name of a program but rather for what it can offer and the opportunity that it presents. Oklahoma State will be in the thick of it until the end.

As Evans noted and most people have believed, he’s long away from making a college commitment. He has a year to make a decision. But OSU is in pole position for one of the best — if not the best — players in the 2020 class for now. As he wades through his options and goes about his recruitment, he’ll be one of the more interesting and impactful decisions of the Boynton era.