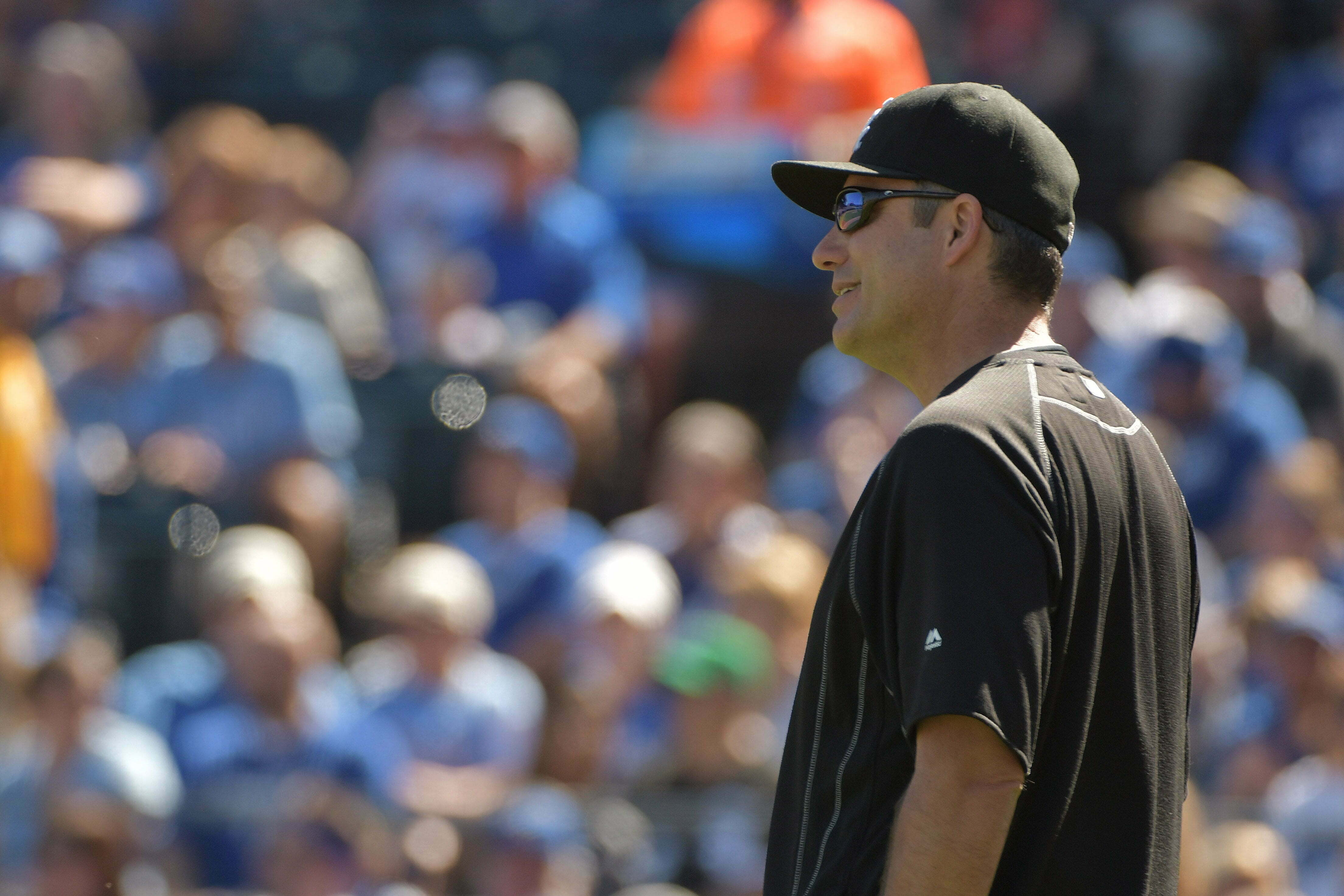 Robin Ventura was at the Big 12 Championship game on Sunday to greet Josh Holliday and Co. after their second-ever Big 12 Tournament title. This was a bit unexpected but came as a nice surprise to Holliday and his team.

On the field the Oklahoma State Cowboys were dogpiling on top of relief pitcher Carson Teel and catcher Colin Simpson, while over in the OSU dugout head coach Josh Holliday saw one of his former heroes peeking in through the tunnel as Oklahoma State All-American, multiple MLB All-Star, and former Chicago White Sox manager Robin Ventura was there to congratulate the Cowboys on a rather unsuspecting Big 12 Championship. [Go Pokes — $]

As it turns out, Ventura wasn’t supposed to be there. He was in Tulsa on Monday for the Patriot Cup in Tulsa, but made a pit stop in OKC for the 6-5 win over Texas.

“I noticed when I was flying out here that Oklahoma State was playing in the Big 12 Championship so I re-routed my flight to Oklahoma City, and I got there in the second inning,” said Ventura. “I just went in and bought a ticket. I didn’t think I’d make it in time, but I had a great day. They ended up winning, and I got to see Josh and Rob (Walton). It’s a great trip for me already.”