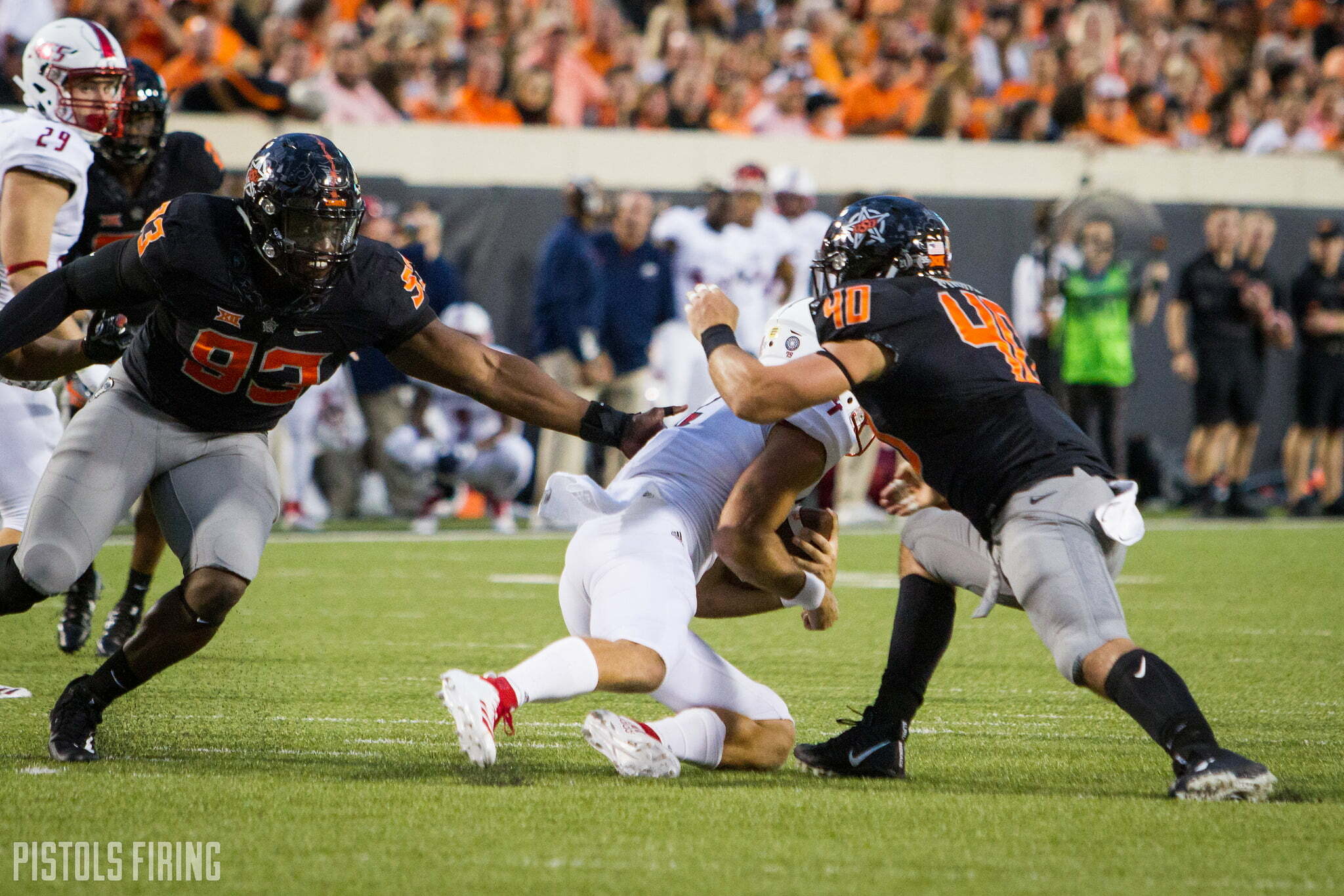 OSU lost *checks roster* yeah pretty much its entire defensive line from last season and will replace that production with an amalgam of true freshmen (?), young, high-ceiling guys and veterans looking for more playing time. It’s going to be … interesting. But the guy I’m maybe most excited about and intrigued by is an in-state cat, Brock Martin, who showed some flashes last season and is poised to be the breakout star of this year’s DL.

Following a true freshman year in which he had shoulder surgery, Martin played sparingly behind Jarrell Owens, Jordan Brailford and Cole Walterscheid in 2018. The denouement of his redshirt freshman season was this bizarre fumble recovery that helped fuel the Cowboys’ comeback against West Virginia. Martin had just four tackles in Big 12 games. Oh and I should note that Mike Gundy loves him because he wrestled in high school.

I think his ceiling in 2019 is as a solid starter in Jim Knowles’ defense. I also think his floor is pretty high (we’ll look at that in a minute). Will he be a star or superstar on this defense? I’m dubious of that just because I think most of the time when we see that it emerges in a player’s second year. Maybe Martin was held back solely because of the guys ahead of him, but it seems to me like a true future star would have gotten more playing time than he did in 2018 on a not-that-great defense.

One problem I see is that Martin isn’t as quick as a guy like Brailford. Obviously we’re talking about a NFL player in Brailford, but I was discussing this with Dustin Ragusa, and we were talking about how bigger guys like Martin won’t always put up numbers in a Knowles defense. Knowles likes to move around the other DE (the Brailford, or in 2019 the Lacy/Scott/Cassity), which leaves the Martin spot there for clean up but not always in a starring capacity.

OSU needs him to be good, and I think he will be. The more they get out of unknown positions like DE in 2019 the better off they’ll be overall. Martin strikes me as a steady veteran-ish presence on this year’s defense, even if he hasn’t played a ton over the course of his career. He and Mike Scott will have the highest floors of anybody at defensive end, which isn’t exactly sexy, but it can be invaluable over the course of a grueling season.

I think Martin will be one of the opening day starters when the Pokes travel to Corvallis in August. I would expect him to have a year in the mid-30s in terms of total tackles with 2-3 sacks. This would be a solid outcome for the Pokes’ current defense, and make Martin a stabilizing force on a team that needs plenty of them.