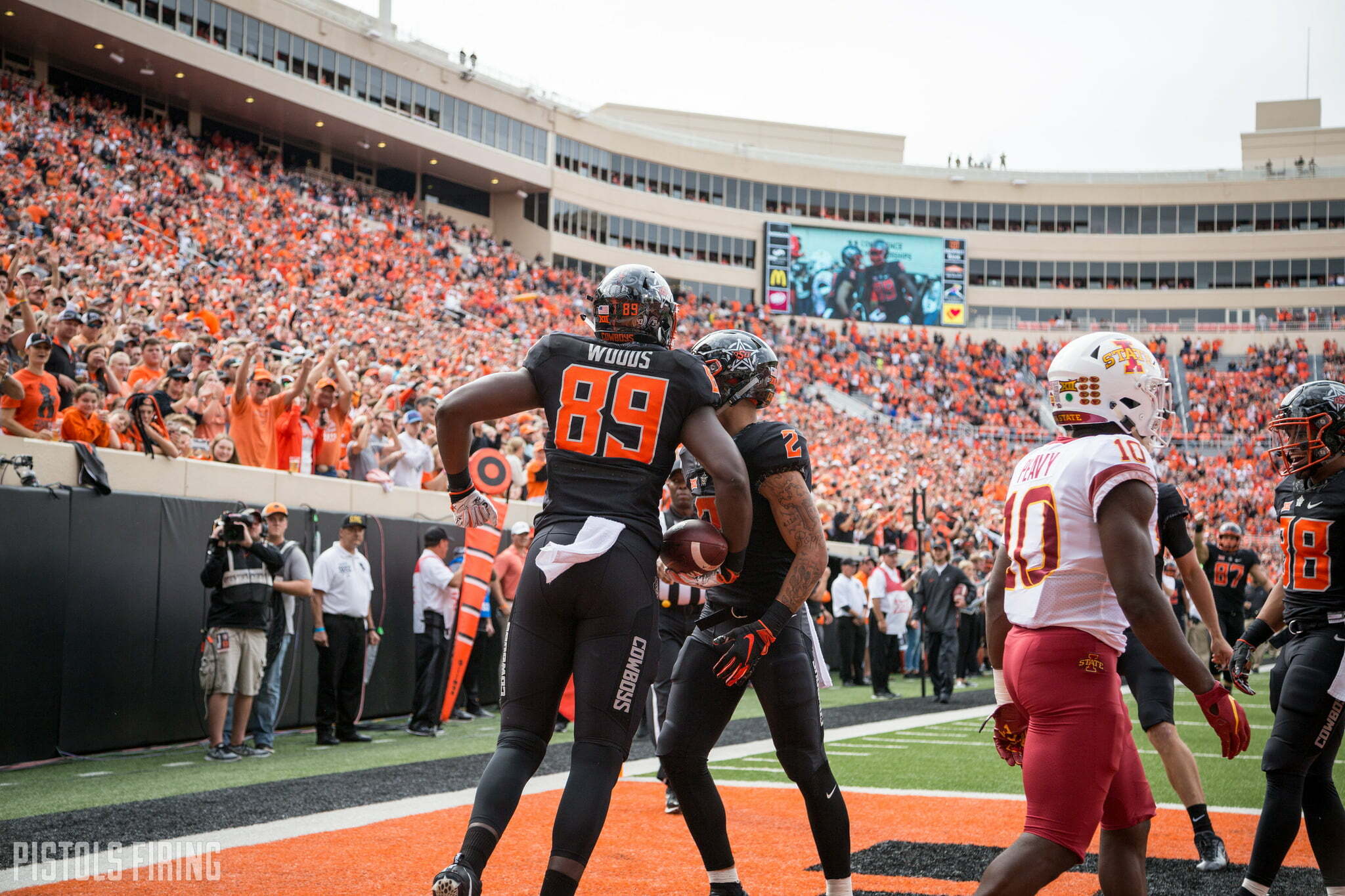 Oklahoma State loses some experienced veterans at the Cowboy Back position heading into next season. However, they return a lot of talent and potential, along with landing a highly touted recruit in the 2019 class. In this next Role Play post, I wanted to take a look at a high-upside player who will likely be the primary piece at the Cowboy Back spot in 2019.

The Georgia native is the key piece returning at the Cowboy Back spot in 2019. Woods was originally recruited as a quarterback coming out of Cedar Grove High School, but made the move to Cowboy Back during the practices leading up to the 2018 Camping World Bowl. Now listed at 265 pounds, Woods has gained 30 pounds since he arrived on campus for the 2017 season and has fully embraced his new position for this OSU squad.

Outside of Woods, the only returning player who saw much action last year at Cowboy Back was walk-on, redshirt sophomore Logan Carter.

Many people, including myself, didn’t think Woods would ever make much of an impact in his new role, but he showed us in 2018 that he has the talent to be a huge contributor at Cowboy Back going forward. He showed his versatility lining up as a traditional tight end, an H-back and split out wide. Woods is already a very talented receiver, and was able to find the end zone a couple of times last season, including the play below against Texas.

He still has room to improve, primarily in his blocking technique, but he got better throughout last season. In the following video you see him help to spring Justice Hill for a touchdown.

A big part of Woods’ ceiling depends on how he progresses as a blocker. The Pokes will be without Britton Abbott and Sione Finefeuiaki who were their primary fullback/tight end hybrid options at the Cowboy Back spot due to their abilities as blockers. If the former quarterback wants to continue to see the field, he must be able to hold onto his blocks and not miss assignments.

He’s already got the receiving part of the job down, and if the blocking continues to come along, I think Woods will play an even bigger role in the offense in 2019.

His progression as a blocker will also be the main driver for Woods’ floor. I doubt he regresses at all, as he gradually improved during last season, so I believe his floor would be a duplication of his production in 2018. Seven receptions for 120 yards and two touchdowns isn’t poor production, as it’s about what all three Cowboy Backs combined for in 2017 in the receiving department, but it would be slightly disappointing to not see more from the talented Georgia native.

I’m sure Oklahoma State offensive coordinator Sean Gleeson’s eyes lit up the first time he saw Woods. He’s a huge mismatch in coverage because he’s too athletic for linebackers, and he towers over defensive backs, and Gleeson loves to incorporate his tight ends into the game plan. During his run as OC of Princeton, the Tigers primarily based out of 12 personnel, meaning one running back and two tight ends. Having versatile players at the tight end position is key for Gleeson’s offense to operate quickly and efficiently, as he likes to move these players around to different spots on the field and exploit mismatches.

We will most likely see some variation of this play-action roll out with one of OSU’s mobile quarterbacks and Woods next season.

And, I’m sure we will continue to see the “pop” pass with Woods, as it saw success last year.

In addition, Gleeson asks a lot from his tight ends in regards to run blocking. As you see below with the tight end/fullback position for Princeton lined up as an H-Back and Gleeson utilizes him as one of the primary pulling blockers leading the way through the hole.

I personally think Woods will get closer to his ceiling this year, which is very high compared to recent Cowboy Backs the Pokes have had. I predict Woods will more than double his reception total and finish 2019 with 16 receptions for 270 yards and four touchdowns, and wind up with the best receiving season for a Cowboy Back since Blake Jarwin in 2016.