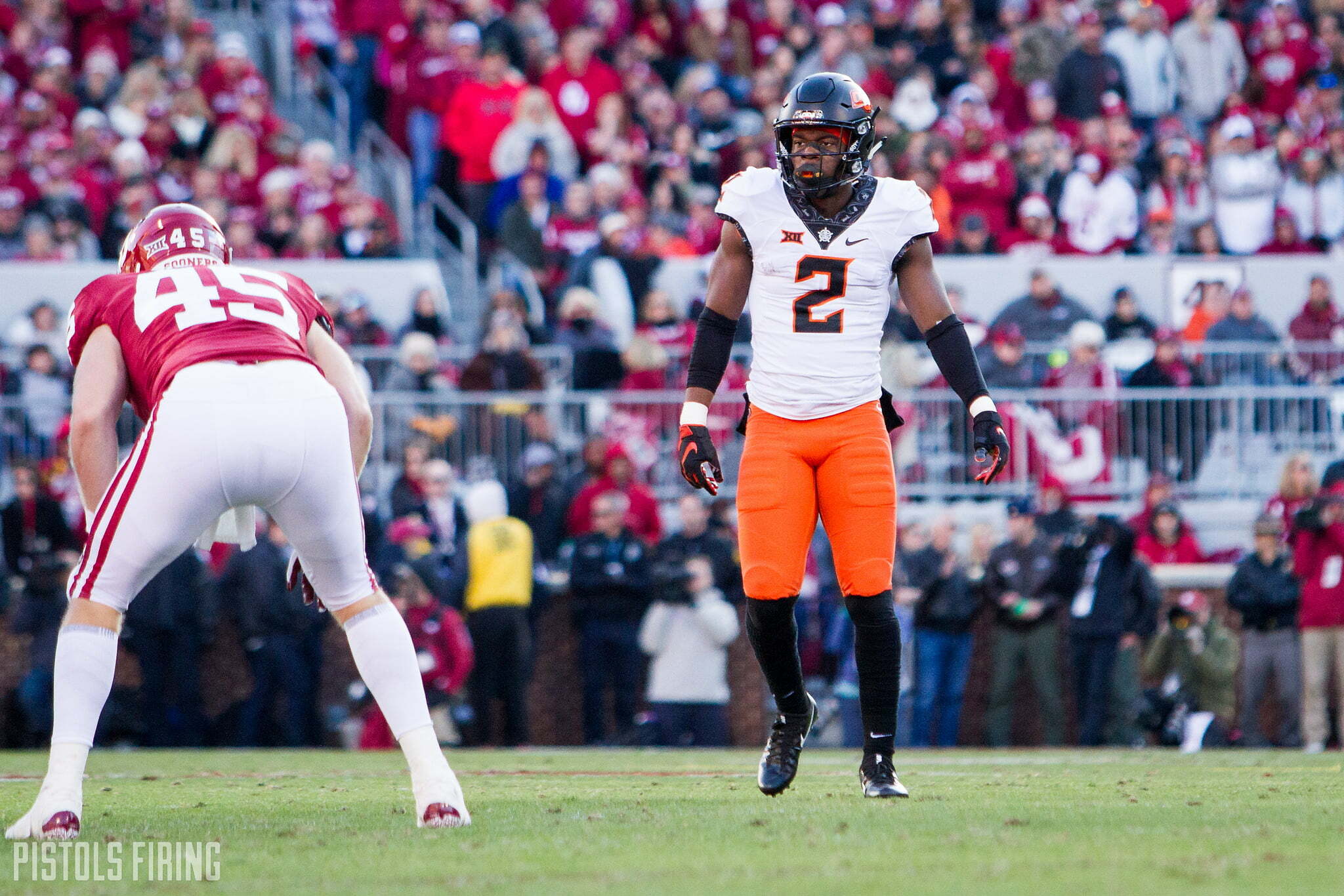 Heading into the 2019 season, Oklahoma State loses safeties Kenneth Edison-McGruder and Thabo Mwaniki. Edison-McGruder was one of the most experienced players on this Cowboy defense last season and was a vocal leader both on and off the field. Mwaniki saw playing time early on in 2018, but eventually lost his starting spot in the OSU secondary. Despite these loses, the Pokes return several guys who saw a lot of action a year ago, such as Jarrick Bernard, Kolby Peel and Malcolm Rodriguez.

Aside from these three, the roster is made up mostly of inexperienced players, including multiple redshirt freshmen who haven’t seen much, if any, of the field at the college level. But there is one guy who made a position change late last season who is really intriguing as solid backup safety option. That is Rockwall, Texas native and former three-star recruit Tanner McCalister.

I’ll dive into McCalister’s potential more below as he’s next up in our Role Play series.

McCalister was the seventh highest rated recruit in Oklahoma State’s 2018 recruiting class. Even though he’s only 185 pounds, McCalister was an extremely physical player in high school and has carried that mentality with him to Stillwater. He primarily saw playing time on special teams last season, but also got some run at cornerback and, as I mentioned above, started seeing some action at safety in the latter part of last year.

McCalister is an incredibly versatile athlete and showed this by excelling at defensive back, running back and on special teams in high school. In addition to football, the Texas product also competed in track and field.

As I stated earlier, McCalister is an incredibly physical and tough player. In addition, he has good coverage skills and knows how to use his hands well without getting called for holding or interference. McCalister had experience playing in press coverage in high school which translated well to Jim Knowles’ defense at OSU. He’s also an all-around playmaker, as he showed during Bedlam this past season with the pass breakup shown below.

I believe McCalister will excel in his move to safety due to his physical nature and ability to line up on athletic receivers and cover them one-on-one. Knowles seems to think so as well.

“You’ve got to have guys that aren’t going to flinch,” Knowles said. “That are going to stay right there, right next to the guy, put their hands on his hands and put their body on his body and not panic. I saw that in McCalister.” [Tulsa World]

I think McCalister has the potential to see a lot of playing time in 2019 rotating in at the safety spot. I believe his ceiling would be to compete for a starting spot next year and eventually win the job before his time is done in Stillwater.

McCalister does still have some room to improve in overall coverage technique and footwork. We saw him get beat in the Bedlam game, although it’s pretty impossible for anyone to keep up with Hollywood Brown in a foot race.

His aggressiveness can sometimes work against him when he tends to over commit off the snap and ends up getting beat. Although, I do think he has the skill and football IQ to continue improving in these areas moving forward. Knowles asks his safeties to be aggressive in their run fits, so his occasional over aggressiveness may not be such a bad thing in his new role.

I believe his floor is dependent on his overall acceptance of the position move, which is looks like he has already fully embraced it, but if he doesn’t he could see more of the sideline than the field moving forward.

Knowles is looking for guys who aren’t afraid to get physical and who are sure tacklers in the running game and on receivers in the open field. McCalister got to show off his ability as a tackler in the bowl game making several nice plays in the open field, including the one below.

I could see McCalister rotating in with Bernard at the Strike safety position — which is most like a cornerback, covering inside receivers — but with his physicality and speed, I honestly think he would fit well at any of the three safety spots. With the talented receivers that Big 12 offenses are lining up in the slot, you need a guy with McCalister’s cover skills at safety that’s going to be tasked with guarding those players.

If he continues to play well early next season in nonconference games, I think we will see a lot of No. 2 lining up in the Cowboy secondary as the season progresses.