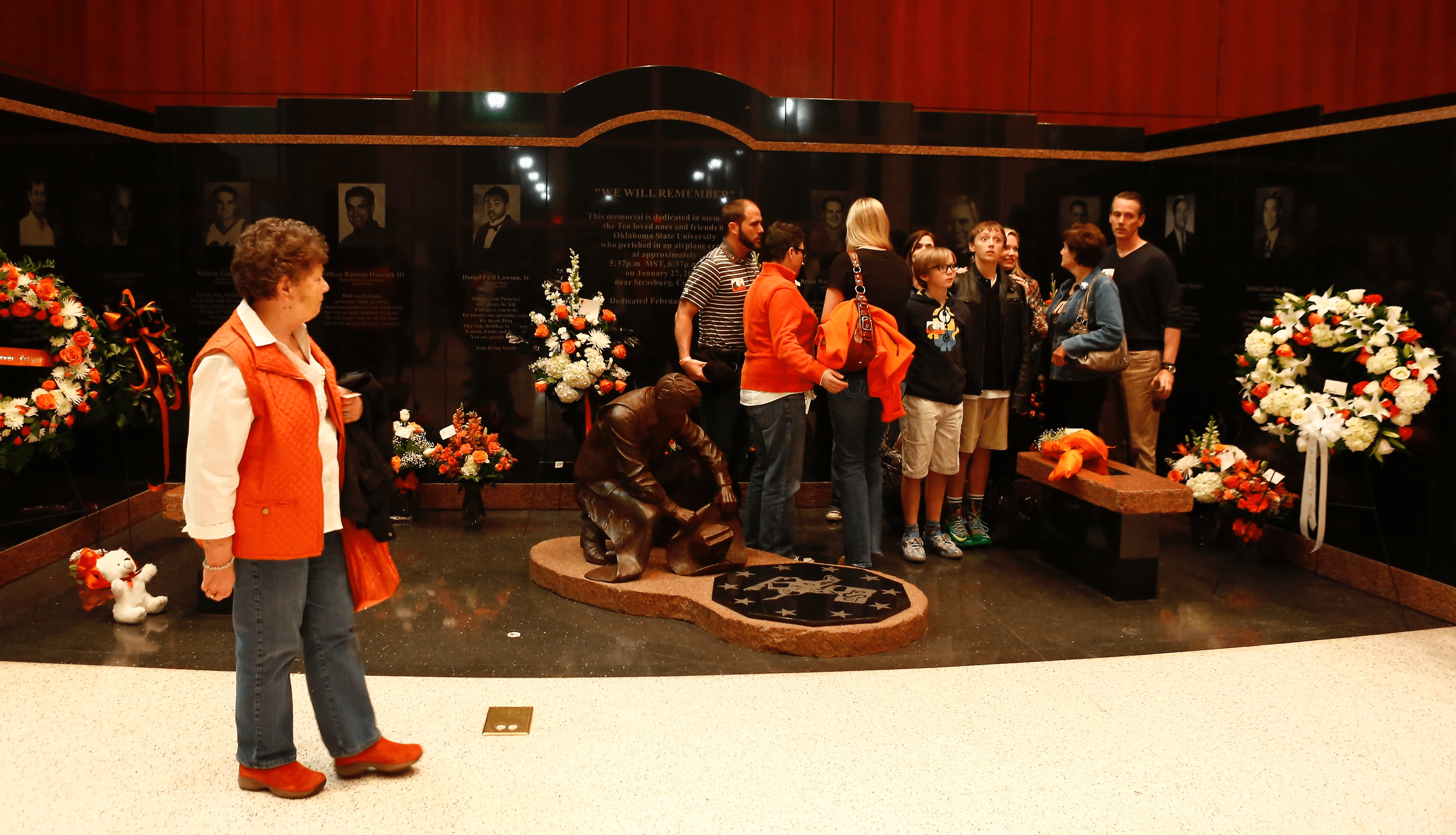 We put our heads together on Friday to discuss how that fateful January day in 2001 affected our lives forever. Most of our team was too young to remember, but Kyle Porter Carson Cunningham and a few others remember it vividly. Here’s what we talked about.

What is your earliest memory of that situation/day?

I remember it pretty vividly. I was 16 and remembered watching the game that day with my mom. I remember being upset about the loss earlier and then how insignificant that became. I remember watching the local news coverage in my bedroom and just being shocked. I don’t think we watched the News 9 broadcast (we were KOCO folks) but watching it since then just brings up all those memories. I always remember Bill Teegins as an “OSU guy” just from him calling so many games. Truly a sad day.

I don’t remember that much since I was so little. It’s always been a big part of OSU’s basketball history, so I know it mostly from that. I do, however, remember watching the Missouri game on YouTube, which was their first game after the crash, and I certainly caught the feels. That game doesn’t get brought up much, but it should.

I was over at a friend’s house and I vividly remember Bob Barry Jr. coming on the news and saying one of the OSU planes was missing. At that point, the fear was the entire team: coaches, players…everyone…were gone.

Once the victims were identified I still remember where I was. Bill Teegins was an idol of mine (he and Eddie accompanied my Dad and I on the way home from games with their post-game locker room radio show. Felt like we knew him). I cried a lot in my parents living room that night. I felt just incredible sadness he was gone but, more than anything, I felt so sad for all of the families. Can’t begin to imagine what they went through.

I was 15 at the time. I don’t think I totally understood what was happening. But I’ll never forget sitting with my dad in this little adjoining apartment/back house we had. We were watching SportsCenter and the news came on. It was staggering for my parents. I was in shock. I don’t think I realized something this bad could happen on such a large scale. It just didn’t make any sense.

What was the enduring moment, if there was one, from the aftermath? A quote, a photo, a video. It’s been 16 years and a lot of great tributes have been made. What stands out?

Actually the 10 year anniversary stands out the most. Doug, Eddie, Mase, Andre all coming back with Doug’s address to the crowd.  He had the perfect words.

For me, Doug Gottlieb’s article is the definitive piece on the subject. It’s an annual must read.

But the enduring moment for me was attending the Missouri game in GIA. It was one of the most emotional things I’ve ever witnessed. The atmosphere started out feeling like a funeral, then evolved into a celebration of life … then the team played like they were having an out of body experience. Combine that with GIA being as loud as I can ever remember, there was no way they were losing and beat a really, really, really good Mizzou team.

I’m not a very spiritual person but that day felt like a real moment where there was a higher power at work.

For me it was the Desmond Mason Slam Dunk Contest. He was my favorite athlete (period, point blank) growing up, and him breaking down on national television after hoisting the dunk trophy had me feeling all kinds of things. I’ll never forget that interview.

Interviewed by Craig Sager (RIP) at the end of this clip.

What word would you use to describe how Eddie Sutton handled everything?

Stable … hearing how he personally called every family of the victims and how he was such a source of direction, support, leadership for the team and the school while dealing with the loss himself can’t be overstated. There is no handbook to deal with that type of thing but he handled it as well as you possibly could.

Rock. He was a rock. He was so strong when everyone needed him to be.

It also was a heavy burden. I don’t think the plane crash aftermath is talked about enough in regards to Eddie’s alcohol issues. Not that it’s an excuse by any means but I don’t but I think you can discount it, either.

Yeah @carsoncunningham — I think Gottlieb talked about that, too. Eddie was beyond belief. To have to make those 10+ phone calls. I can’t even fathom how you do that. How you hold a program and a community together.

This picture lives long in the memory.