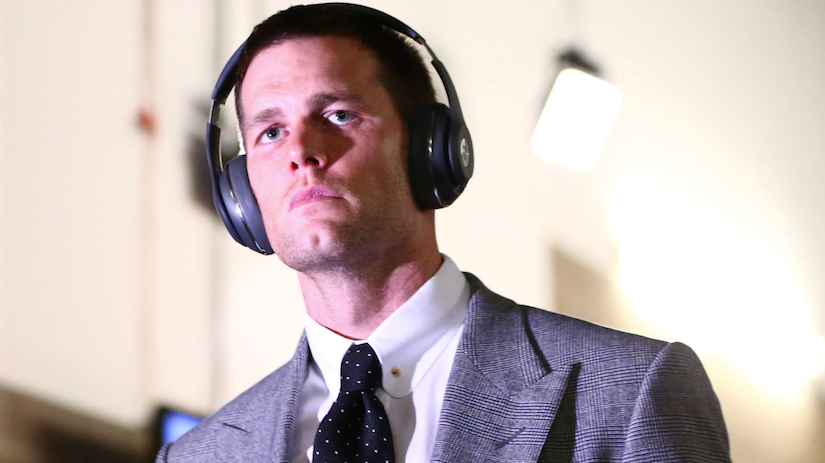 We decided to do a quick Super Bowl Sunday edition of the PFB roundtable to get everyone’s thoughts on the Cowboys big win in Morgantown and see what side of the Patriot hate we all land on. You’ll never guess who is taking Tommy B. to bring it home.

Kyle Cox: What is your next day reaction to the West Virginia win and what is your overall feeling on how Brad Underwood has this team playing?

Sam Aldrich: Man, I’m still jacked about it. Underwood’s defensive adjustments combined with the emergence of Davon Dillard and (unbelievably) Mitch Solo have made all the difference for this team, which suddenly looks likely to make the NCAA tournament.

Cox: I think it was a signature win and gives the young team a lot to build on. In two straight Big 12 road games, they were able to face adversity and come out on top. It’s big time. The Cowboys are playing with a little swagger and confidence that wasn’t there in the first few conference games. Kyle Porter: I think the best thing is that it doesn’t really feel like a program-shifter. It just feels like this is what OSU’s trajectory is. I don’t mean that they will win every game the play on the road against a top 10 team, just that they’re going to put themselves in a position to win often in this league, even on the road. You never got that feeling with Ford. Other than Smart’s freshman year.

Kyle Boone: About the same as yesterday. It’s funny how it felt like there was more excitement for a Bedlam win over a terrible OU team than a top-10 road win over WVU. But this win is a signature one OSU needed to bolster its case for March. And a confidence booster headed into Wednesday against Baylor.

How much more confidence does the West Virginia result give in OSU’s chances Wednesday night against Baylor?

Aldrich: Baylor is gonna get a very different OSU team than the one they saw in Waco – still a tough matchup because of their length, but I like the Cowboys’ chances to make it 6 straight.

Boone: Don’t think the WVU result affected my confidence. The Baylor result did. Scott Drew’s team has lost two-straight, including a baffling loss to K-State. They are trending downwards at a favorable time for OSU.

Cox: I agree. And the Cowboys had a chance to win in Waco. That doesn’t guarantee a win but I like the way the Cowboys are playing defensively. It’s been good enough to win games. The GIA rims will need to be friendly but I think they have a good chance to win.

Porter: I thought after losing to Baylor in Waco that OSU would be likely to beat them in Stillwater. They are not a top five team. Not even top 10. So maybe a little bit more, but I was encouraged simply by how OSU played in Round 1 vs. the Fightin’ Scott Drews. If OSU pulls it off, are they the hottest team in the country or just the Big 12?

Aldrich: If they did, it’d be a 28-point win over a tournament team, a road win over a team in the final four last year, a win on the road against the no. 7 team in the country, and a win over another top 10 team in 11 days.. after losing their first 6 conference games. So I’d say country!

Porter: Six straight including two over top 10 teams and one of those on the road? Mark Few beware!

Boone: They are arguably playing as well as anyone RIGHT NOW. But Gonzaga’s 23-0. Oregon has won 18 of its last 19. Arizona has won 14 of last 15. So they still have a ways to go nationally.

Cox: I will say the hottest team in the country. If not, they are one of the hottest. That doesn’t mean they are the best but I think they have the ability to keep up with about anyone. When you have the scoring that OSU can put on the court, you have a chance.

Okay, last one. Switching gears here. What are your Super Bowl picks? Southwell: Tom Brady will win #5 and snatch the trophy from Goodell while dabbing on him.