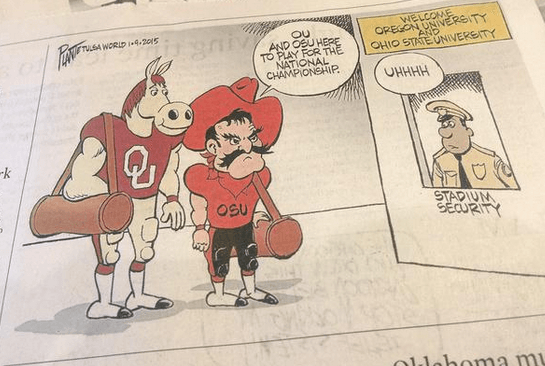 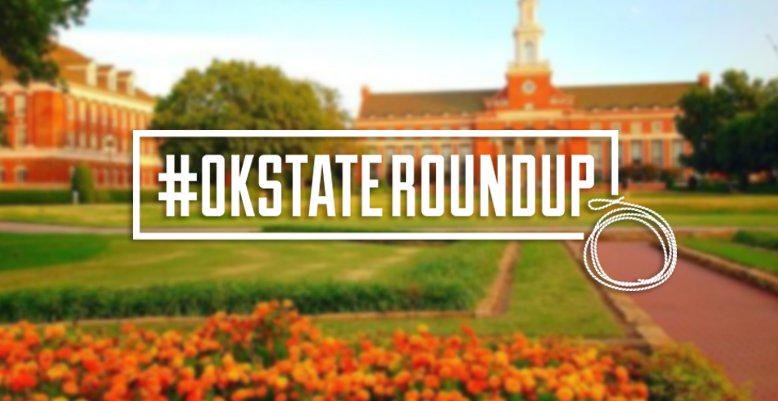 This made me laugh. Well done, Tulsa World.

#Sooners and #OKState fans might enjoy @planteink's cartoon today (or maybe it's too sore a subject still) pic.twitter.com/nNmicpQMaI

I am in this camp…

I admit I know nothing bout wrestling..so im interested to hear from #okstate wrestling fans..how many years away from 2005 before changes

I didn’t know this either.

Learned something new today. They have instant replay for the refs in collegiate wrestling. #TheMoreYouKnow #okstate #beatIowa

Haha, this is pretty great.

Sometimes you're just gonna eat it in front of 10,000 people. #OkState #AtLeastWeBeatTexas #NoScholarshipForMe