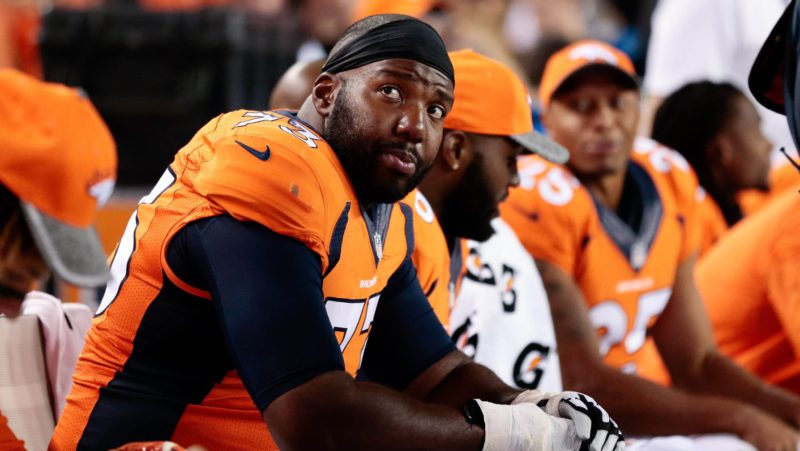 Following the Denver Broncos’ 16-3 home loss to the New England Patriots on Sunday, some members of the Bronco’s defense, including cornerback Aqib Talib reportedly got into a shouting match with former Oklahoma State offensive tackle Russell Okung.

According to NFL.com’s Michael Silver, head coach Gary Kubiak asked if anyone wanted to address the team post game in the locker room. When Okung obliged, several members of the defense strongly voiced their objection.

The players had to be separated by their head coach in what was called a “classic offense vs. defense divide.”

Denver’s offensive struggles have strongly contributed to two straight losses leaving the team now 8-6 and in a three-way tie for seventh place in the AFC, with their playoff hopes dwindling.

Once tempers died down, Okung spoke about the issue.

“I definitely understand their frustration,” Okung said. “They played well enough to win, and they held that team to 16 points, which a lot of teams don’t do. We’re an emotional team; that’s what makes us so good. To me, that’s part of who we are.”