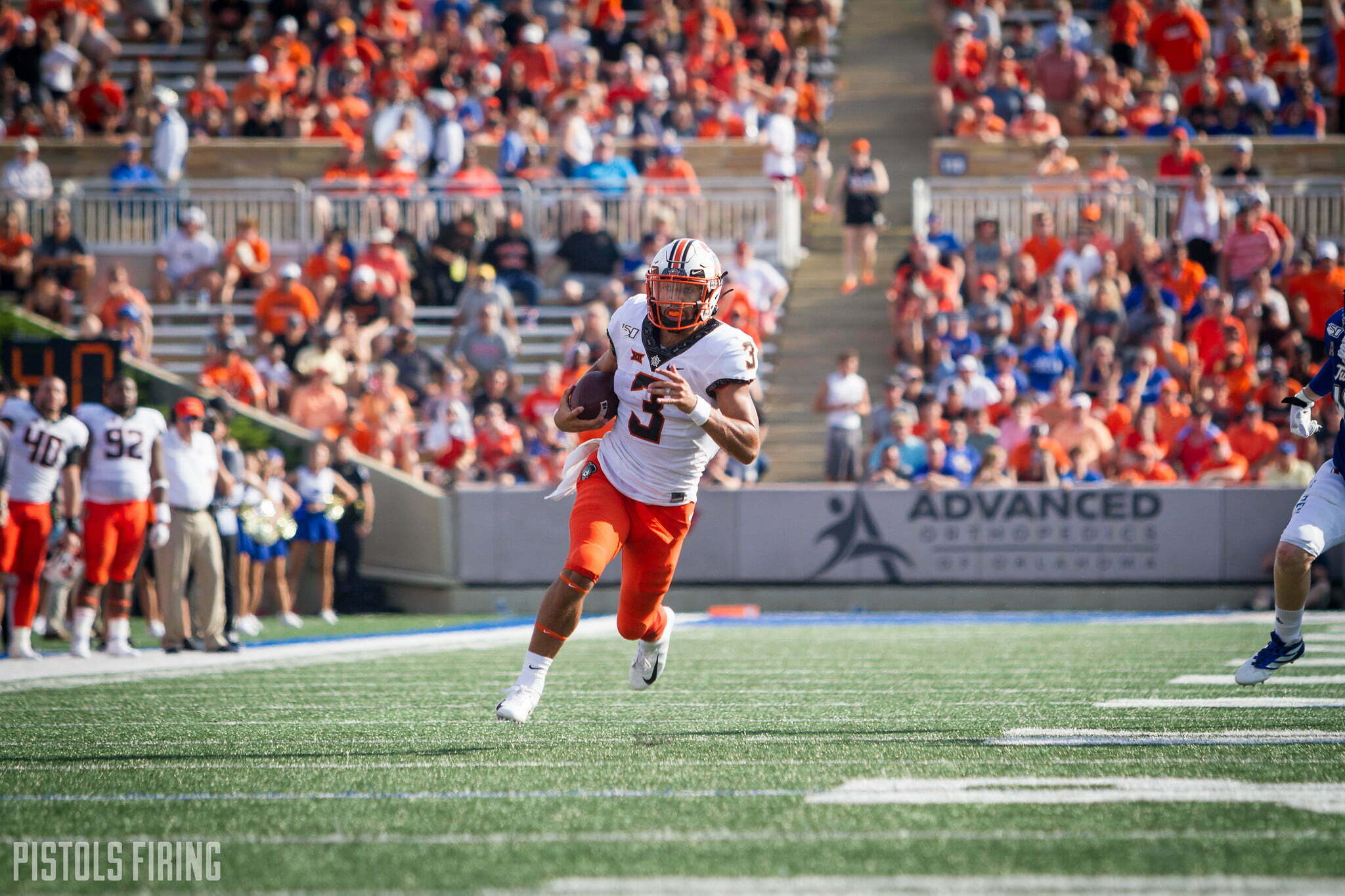 Spencer Sanders and Malcolm Rodriguez will be Oklahoma State’s player representatives at next week’s Big 12 Media Days at AT&T Stadium in Arlington, the conference announced Thursday. The event is next Wednesday and Thursday, with the Cowboys going on Day 2.

Sanders is one of only three quarterbacks attending this year’s festivities, joining Kansas State’s Skylar Thompson and TCU’s Max Duggan.

Entering his redshirt junior season with the Cowboys, Sanders has completed 63% of his passes for 4,072 yards, 30 touchdowns and 19 interceptions in two seasons as OSU’s starter. He has ran for another 897 yards and four scores.

Rodriguez, a linebacker incorrectly listed as a defensive end, is entering his fifth season of college football with a COVID eligibility waiver. Rodriguez has 279 total tackles in his career and could be en route to cracking OSU’s Top 5 career tackle list, a list that has been unchanged since 1989.

Mike Gundy will also be at the event. Gundy is entering his 17th season as OSU’s coach with a 137-67 career record.

The conference released its media-voted Preseason All-Big 12 Team on Wednesday, which had Oklahoma quarterback Spencer Rattler and Iowa State linebacker Mike Rose as the conference’s offensive and defensive players of the year. Neither of those players will be at the event.