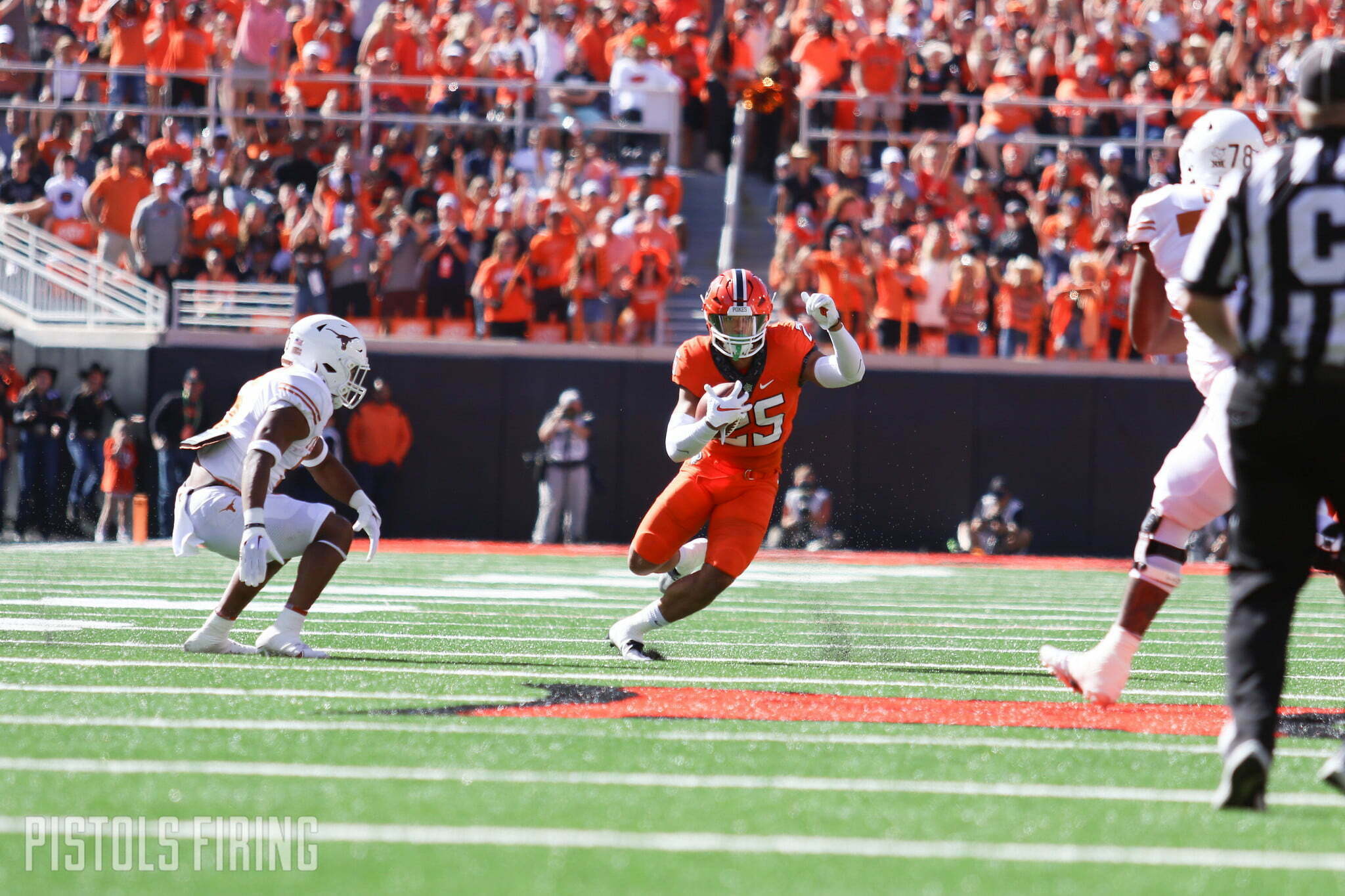 The Cowboys pulled off a comeback in a premier game in the Big 12 this past weekend, and their stars are being rewarded accordingly.

Banged up and all, Sanders threw 57 passes Saturday, completing 34 for 391 yards and two touchdowns. He also ran for 46 yards. Both of Sanders’ touchdown passes came in the fourth quarter. The first, a 10-yard connection to Brennan Presley, tied the game. The second, a 41-yard connection with Bryson Green, gave the Cowboys the lead and win.

His first pick came on Texas’ first drive and set up an OSU field goal. His second came in the fourth quarter after OSU took the lead. Taylor landed awkwardly on the toe-tap on the sideline and was helped to the locker room. OSU coach Mike Gundy said Monday he would know more about Taylor’s status for this weekend on Tuesday.

These are the eighth and ninth Big 12 weekly awards Cowboys have earned this season.