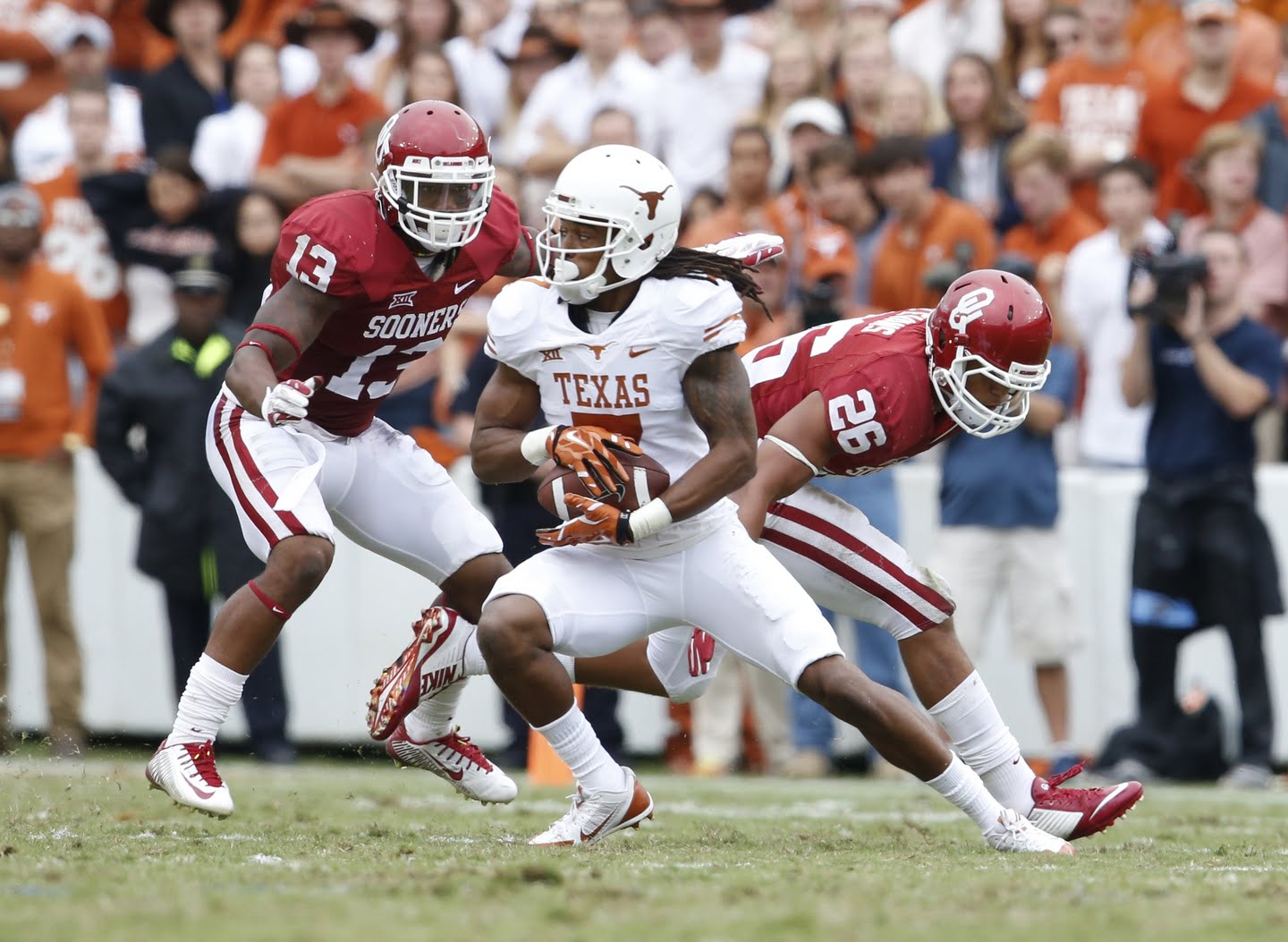 Despite losing the Red River Showdown to rival Oklahoma, Texas head coach Charlie Strong says there is reason for optimism. Aside from managing to keep the game close with strong defense and a surprising performance from the offense, Strong notes that his team is also improving dramatically in the 4th phase of the game: the coin toss.

“You know, we didn’t know how bad it was until UCLA,” said Strong, wearing a white shirt with “Fired Up” monogrammed on the front, his uniform recently at Texas practices. “But, man, wow, it was bad.”

Before the game with UCLA, defensive tackle Desmond Jackson notoriously deferred the kickoff after UCLA had already deferred to Texas, giving UCLA the ball to start the first and second half.

“But that was before Charlie [Weis] stepped in,” said Strong. “We really couldn’t have made this transition without him.”

Following a 23-0 loss to Texas, Kansas head coach Charlie Weis was fired by the Kansas athletic department. While Weis was mostly unsuccessful as a head coach at Kansas, managing only a 6-22 record during his 2-1/2 years as coach, Strong said his firing was actually a positive for Texas.

“I know it wasn’t the best way for him [Weis] to leave,” said Strong, “but the minute I heard that he was available, I got on the phone and offered him the job of Coin Toss Coordinator. I’ll admit, I was excited when he said, yes.”

While Texas defensive coordinator Vance Bedford admits that Weis may not have produced the necessary results in offense, defense, and special teams at Kansas, his performance in the coin toss is unquestionable.

“I mean, the man’s a legend in the 4th phase,” said Bedford. “None of his teams have ever messed up a coin toss. When you watch him talk to the players about it, there’s just an intensity you can’t learn. He lives and breathes it.”

An exhausted looking Weis noted that he’s had a lot of work to do since he arrived on the Texas campus two weeks ago. He said he had noticed that Texas was struggling in the 4th phase, but hadn’t really known the extent of their issues until the first practice.

“I mean, I’d seen the film. Heck, you’ve seen it,” said Weis, rolling a half-dollar across the backs of his fingers. “They looked like a pile of crap.”

Weis said he was shocked by the answers his players gave him the first time he asked them to “call it.”

Despite the rough beginning, Weis said that the players have improved greatly even over just two weeks.

“I’ve still got a couple of guys that want to call the edge of the coin every time, but we’re working through it and they’re putting in a lot of good effort,” said Weis, shuffling a pile of quarters.

Even people outside the team have noticed Texas’s improvement in the 4th phase. Oklahoma head coach Bob Stoops noted that he was impressed by how Texas handled the coin toss during the Red River Showdown.

“I mean, the Big 12 is as good as any other conference at the coin toss,” said Stoops. “The SEC isn’t the best at the coin toss in the country, and I think we’ve proved that. Have I ever told you about the 2014 Sugar Bowl…”

Strong said he’s been encouraged by the progress they’ve made and hopes to build on it in coming weeks.

“We’re gonna have to play hard if we want to knock off a perennial powerhouse like Iowa State,” said Strong, “but I think the guys can do it. Sic ‘em, Horns!”