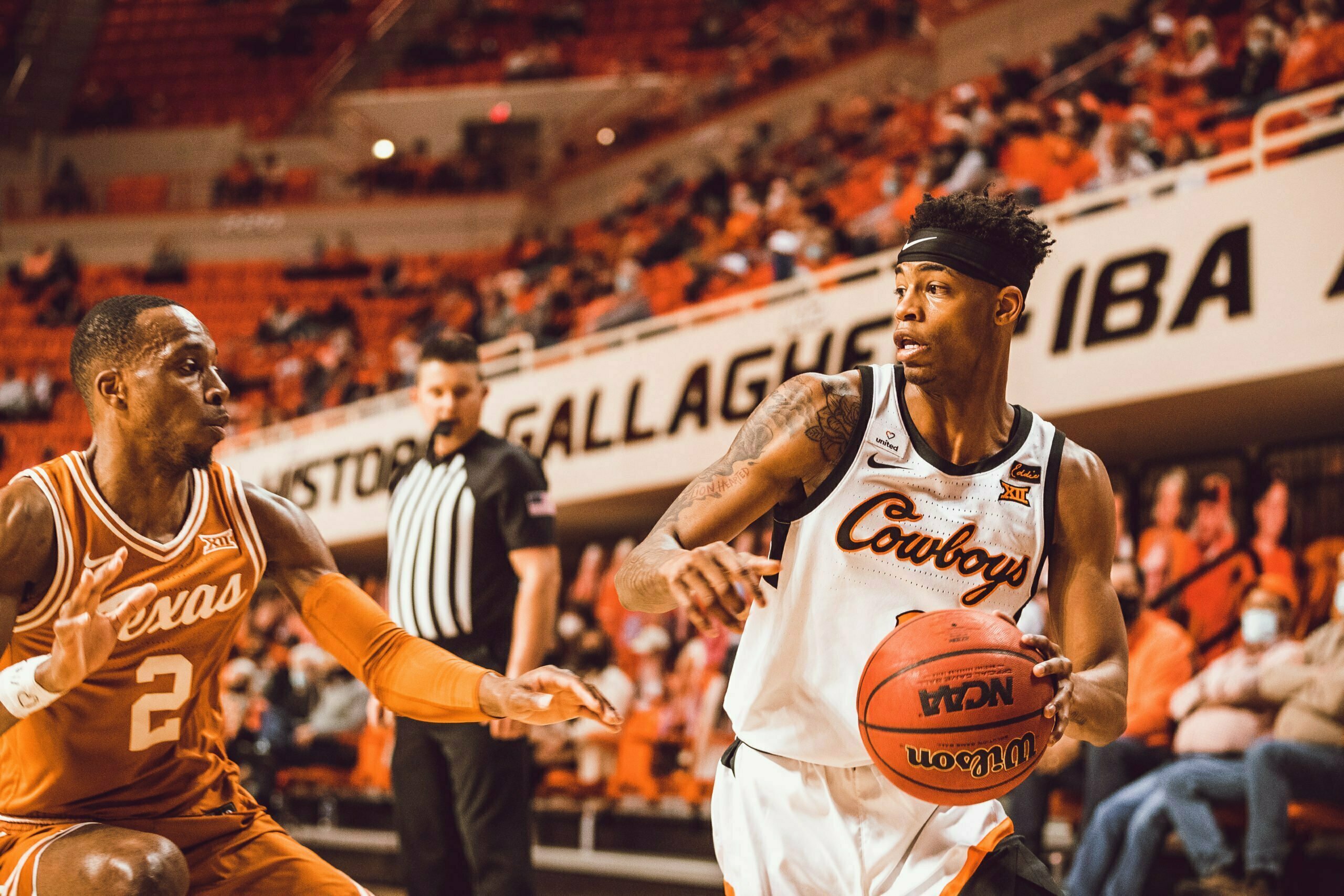 Oklahoma State went 2-0 in hoops for the second Saturday in a row after the Cowboys edged out No. 6 Texas in double overtime and the Cowgirls decimated the Sooners in game that was basically over at halftime.

Mike Boytnon’s squad trudged through an ugly all-around game but came out on top by holding the Longhorns to a 😬-worthy 25% shooting performance.

The Pokes turned in their own season low, by shooting just 35% from the field, but there were still plenty of plays to appreciate. Most of them were made by Kalib Boone, who logged career-highs in points, rebounds and blocks.

Here’s one of those.

Cade Cunningham shot poorly, turned it over too much and spent most of the game in foul trouble. But there’s still no one else you want taking these shots.

Avery Anderson chipped 16 points of his own and got to the rim at will. When he didn’t score, he was getting fouled and knocked down 8-of-9 free ones.

Free throws don’t belong on a highlight reel, but this does.

And so does this.

Takes a peek at all the highlights courtesy of OSU.

Next up, the Cowboys face off against the Jayhawks in Allen Fieldhouse for the second half of ESPN’s Big Monday slate, a 9 p.m. tipoff.

Shortly after the first game (finally) ended in GIA, the Cowgirls completed their sweep of a shorthanded OU squad.

Natasha Mack led the way with 26 points, 18 rebounds and five blocked shots. She’s now the all-time leader in blocks in OSU history — in just 46 games. It was also her 12th double-double of the season.

Ja’Mee Asberry got going early, scoring 19 of her 22 points in the first half. She nailed six of her 11 3-point attempts. Asberry also dished out five assists and took back three steals.

Here’s a look at some of the bests from the Bedlam blowout.

Next up, the Cowgirls head to Austin to take on UT on Wednesday night at 7 p.m. on the Longhorn Network.