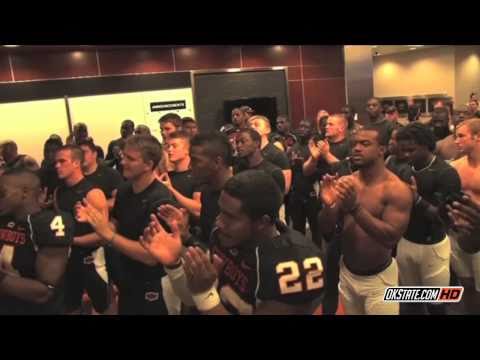 OK, I stole this theme (Saturday morning cartoons) straight from Royce at Daily Thunder. I tried to think of another theme or a different name but I already loved it and we aren’t in the wheel re-invention business. For all I know he stole it from somebody else and I’m not even giving the right person credit.

The A&M game kind of defined OSUs season this year. I remember talking to some people after the game about how we would have lost a game like that in the past. We blew a 14-point 4th quarter lead, they were driving with the Big XII pre-season player of the year, we were on the ropes on national TV. That’s not a game we win in 2007 or 2008. But it felt like this team didn’t care about 2007 or 2008. They just won close games with big plays.

Favorite moment is at 1:27 when Randle is streaking up the middle of the field and Weeden nails him for a TD.

By the way, whoever puts the music to these game recaps needs a raise. Somebody tell Holder.