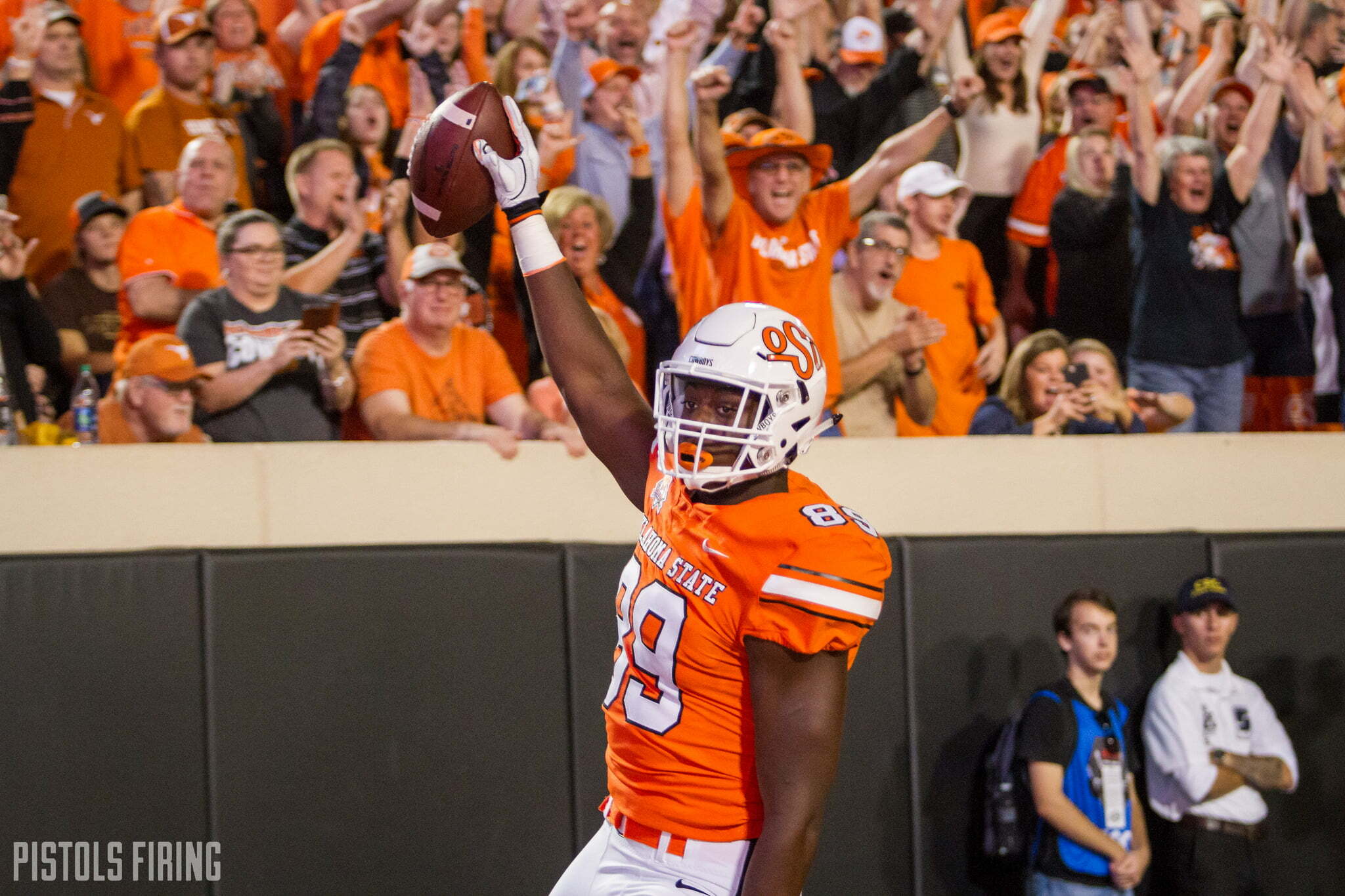 For the time being, Oklahoma State is a football school, and Aug. 30th can’t get here soon enough for many.

There is a lot Mike Gundy’s squad has to hash out before that trip to Corvallis, Oregon, though, so here are five storylines I’m tracking this offseason.

This was a conversation last season that worked itself out, but here we are again.

The exciting answer to who Hubbard’s back up is … Glass. He’s a highly touted freshman who said his goal is to win the Heisman in his freshman season. That’s all fine and good, but he’ll have to solidify that standing in a short amount of time, as he is the only of the four listed above who isn’t already on campus.

My too early prediction for the No. 2 back would be Brown, a redshirt junior who has paid his dues, something that stands out in Mike Gundy’s program. Still, seeing how the other three fit in will be intriguing.

Here’s a list of defensive lineman and linebackers who started the Liberty Bowl:

There are some sure-fire slot-ins such as Calvin Bundage at linebacker and Mike Scott at defensive end, but there is still a lot of room for healthy competition.

Devin Harper and Amen Ogbongbemiga are likely frontrunners to compete with Henry at linebacker. There’s plenty of competition to go around at defensive tackle among Cameron Murray, Brendon Evers, Israel Antwine and Sione Asi.

The Cowboys have only four defensive ends listed on their spring roster in Scott, Brock Martin, Tyler Lacy and Braden Cassity. Will the spot opposite Scott be among those three or does incoming freshman Trace Ford have a shot when he gets to campus? All burning questions.

3. How Much Growing Can OSU’s Secondary Do?

This feeds off my last point, but the Cowboys’ secondary was probably the team’s worst unit in 2018.

It wasn’t much their fault, as the safeties in particular were incredibly young. But with some fresh faces showing up in front of them the Cowboys’ secondary can’t afford another 2018. Malcolm Rodriguez, Kolby Peel and Jarrick Bernard all have another year of experience. Safety depth will also be interesting with Tanner McCalister coming over from corner. He joins Kanion Williams and Sean Michael Flanagan as other likely contributors.

The Cowboys are fairly solid at corner with A.J. Green and Rodarious Williams returning. There are 11 players listed as corners on the spring roster.

4. How Different Will OSU’s Offense Be?

When I read stuff such as Kyle Porter’s piece on the possibility of new OSU offensive coordinator Sean Gleeson has used as many as three quarterbacks at a time, the fan in my brain kicks on like when you have too many tabs open on a laptop.

In Big 12 country, innovation on offense is quite the norm, but seeing stuff like that gets me thinking. Maybe Spencer Sanders is going to snap the ball to Tylan Wallace who will hand it off to Dru Brown, then Brown will punt the ball to Marcus Keyes. That’s obviously hyperbole, but it can’t be too different from Mike Yurcich’s system or any other Big 12 system, right?

Gleeson owned the Ivy League last season, a league that, stereotypically,  has some great minds in it. I’m not sure what I expect OSU’s offense is going to look like in the spring game, much less in August, but it’s exciting.

Last season people knew Tylan Wallace had potential, but I’m not sure anyone was saying he’d be a Biletnikoff finalist.

In 2016, Justice Hill was a bit of a surprise that helped a floundering rushing attack. So, what does 2019 bring? Is it as simple as whatever quarterback (likely Spencer Sanders) is the main guy? Does Deondrick Glass come in and immediately live up to his hype? Maybe Patrick McKaufman comes in and instantly starts Mossing helpless corners.

My too early pick is going to be Jelani Woods. Woods had some standout moments in 2018, but he wasn’t used an incredible amount, as most of Taylor Cornelius’ passes were headed Wallace’s direction. Now with a new quarterback and teams having an offseason to prepare for Wallace, I think Woods is going to have a big impact in 2019.