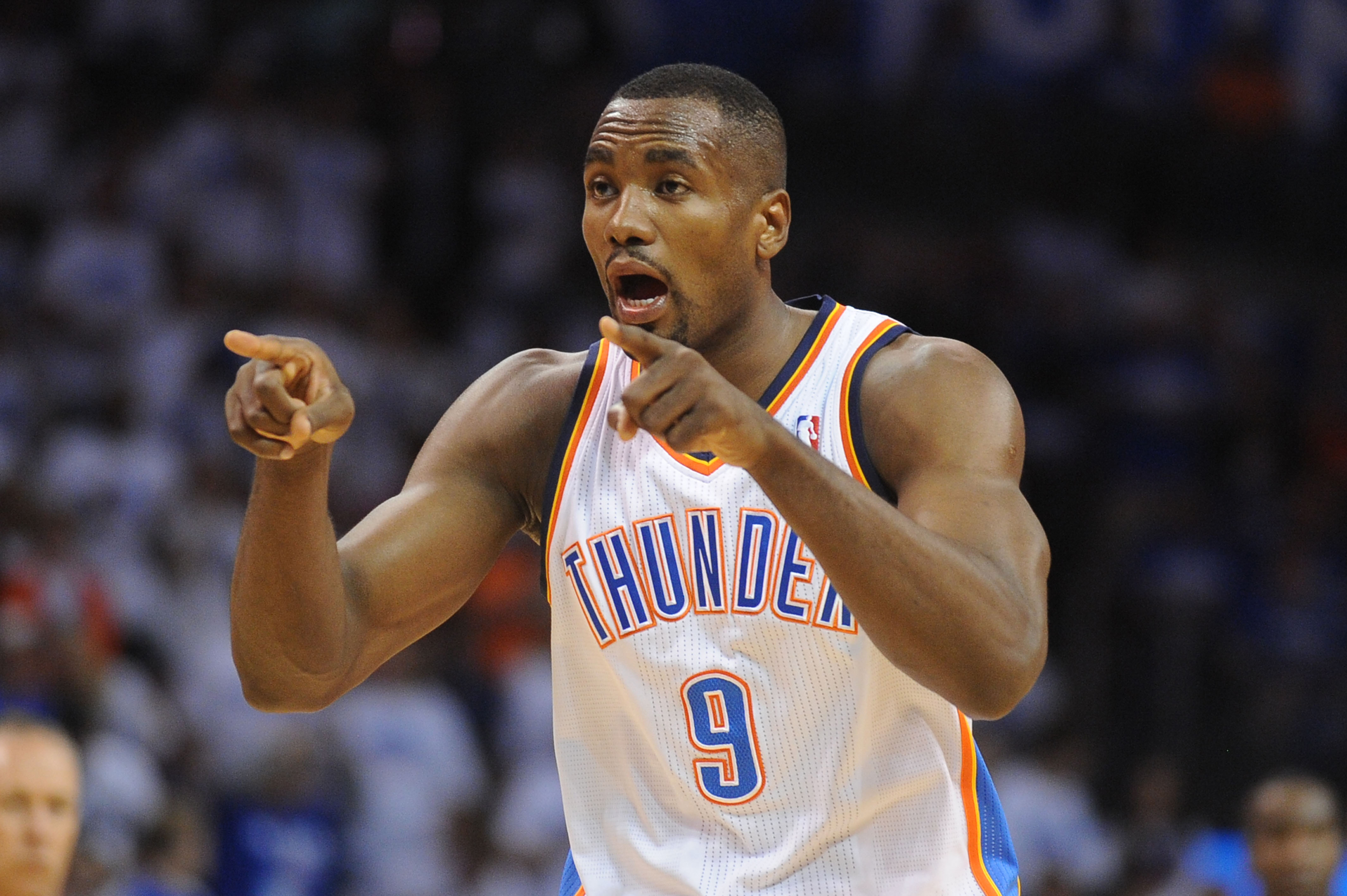 Igor Ibaka (an incredible name, by the way) is Serge Ibaka’s brother and apparently is going to play for Oklahoma State starting in 2015-16.

Kelly Hines wrote on Tulsa World that the younger Ibaka was transferring from Northeastern Oklahoma A&M (NEO, if you will) to OSU.

Former NEO A&M player Igor Ibaka will sit out next season at Oklahoma State and play in the 2015-2016 class for the Cowboys. Jucojunction

Anthony Slater did a cool profile of him last fall for the Oklahoman in which he told the story of how Igor got the United States — one of his now teammates at NEO asked their coach if he knew who Serge was (!) before telling him about his brother Igor.

He can dunk quite well, too. Does anyone else think he looks like Andre Iguodala?

Also, this other profile of him is great. Can you imagine the first time he speaks Swahili to Le’Bryan (let there be video, please)

Here are a couple of recent tweets Igor had, one from a Thunder playoff game with big bro and one of him doing something I would imagine most of us can’t do.

Also, this was great.

@JucoJunction @CowboysRFF In hopes that Travis Ford is not the coach during the 2015 class and moving forward.