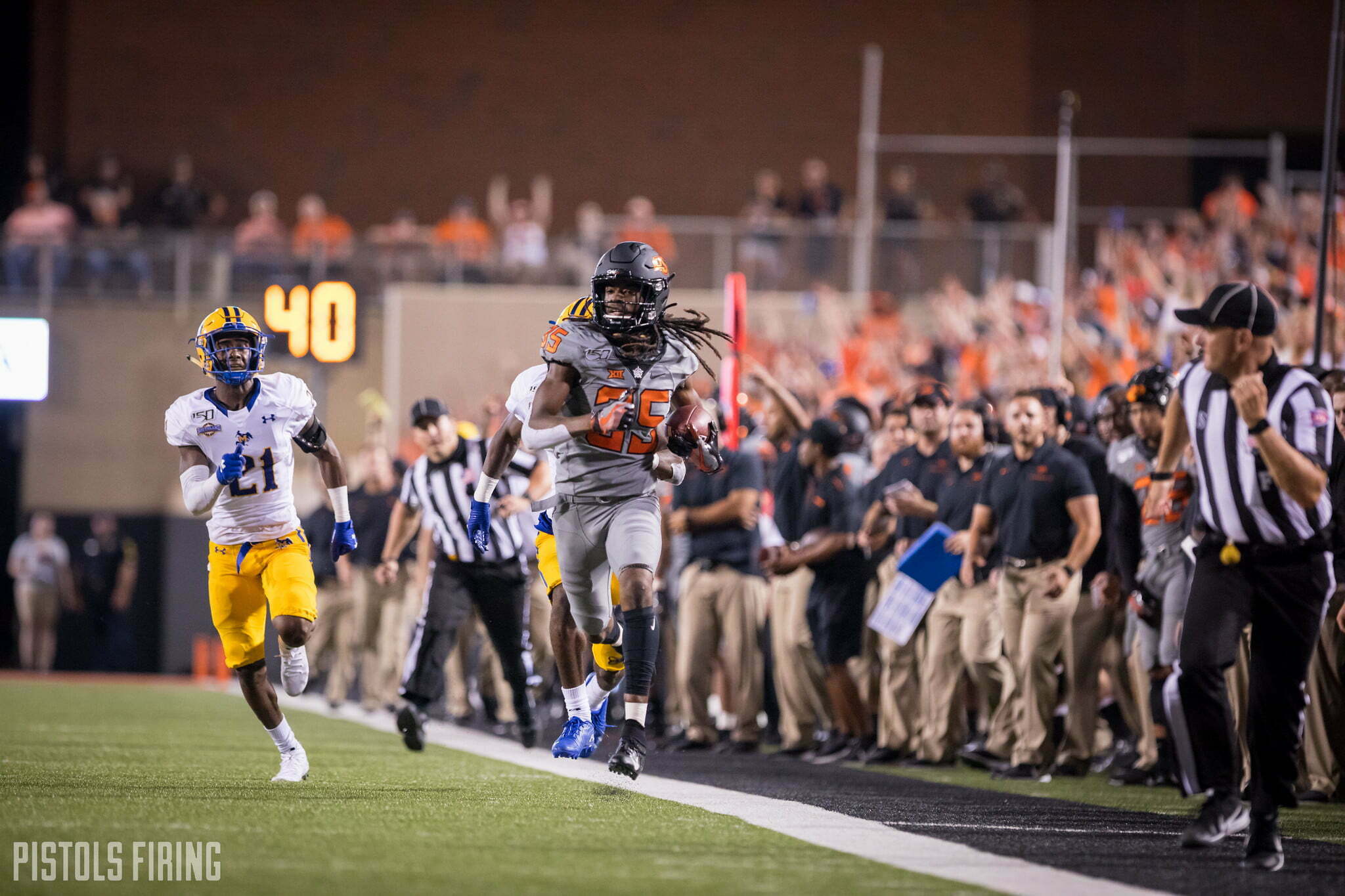 STILLWATER — Six players on the Cowboys’ roster have Tulsa listed as their hometowns, with several others being from the city’s suburbs.

Of that group of six, half are contributing receivers: Dillon Stoner, Landon Wolf and C.J. Moore. On Saturday, the Tulsa natives will return to T Town not just to see family and hit up their favorite local spots, but to play in a game in the city for the first time since their high school days. Many have played on the same field they’ll step on Saturday. A few have even won state championships at H.A. Chapman Stadium, like Moore.

“I know it’s gonna feel good walking back on that field,” Moore said. “That field does hold a lot of memories and cherished moments that I’ll have forever. Obviously the state championship. I won that state championship with a guy that’s on the other team now. It’s just gonna be a great feeling to go out there and play in front of my family and friends.”

The player on Tulsa’s roster Moore is referring to is the Golden Hurricane’s starting running back Shamari Brooks. The two have known each other since elementary school, and won state with Union High School in 2016.

The pair have also been successful at the collegiate level. Moore has two touchdown receptions in his first two games this season, and Brooks has ran for 1,794 yards and 18 touchdowns to this point in his TU career. Moore said the two haven’t talked any smack to each other, but there should be some soon.

Stoner was 13 the last time OSU played in Tulsa. It ended up being one of the more wild games in college football history, not having started until 12:16 a.m. after lightning delays. It didn’t end until 3:35 a.m.

“I was gonna go,” Stoner said. “Then obviously it just kept getting delayed, and it was like 1 o’clock before they started. So, I watched some at home and then I went to bed, but I was definitely planning on going.”

Stoner’s Jenks and Moore’s Union meet Friday in the always hype Backyard Bowl. Their high school years overlapped by two seasons. The teams played four times while Stoner was a junior and senior and Moore was a sophomore and freshman. In those games, Stoner’s squad was 3-1 and beat Union in the state semifinal in 2015 and the final in 2014.

Stoner won a state championship ring in each of his four high school seasons. He won three of those at H.A. Chapman Stadium and the other at Boone Pickens Stadium. Moore got his state ring as a junior. Stoner said there hasn’t been any friendly trash talk about Friday’s game between the two schools — yet.

“I’m sure we will,” Stoner said. “Any time he talks to me, I just hold up four fingers, so he knows where I stand on it. But obviously the future hasn’t revealed itself yet.”

Jenks and Union have slowly lost a stranglehold over Oklahoma high school football over the past few seasons. In Stoner’s four high school seasons, the Trojans outscored Bixby 210-57 in four games. This past weekend, Bixby beat Jenks 57-7.

“Yeah, man times have changed … Bixby,” Stoners said. “Bixby used be a fun game. Now they’re kinda taking it to us. But they got a lot of great talent. I know two guys are coming here from Bixby. It hurts to see, but nothing I can do about it.”