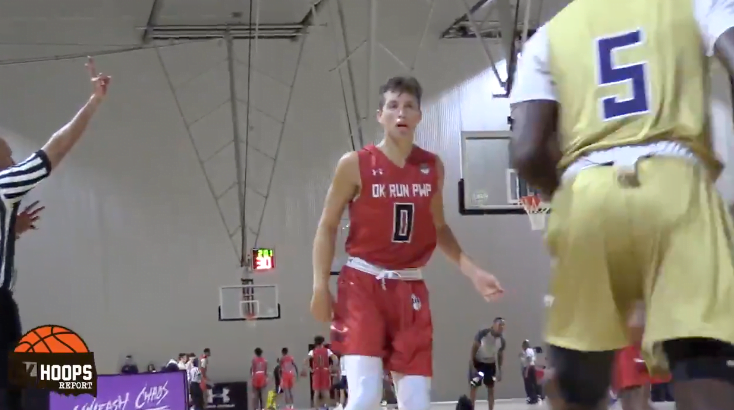 Trey Phipps is one of the best shooters in the 2020 classification. Period.

And now he’s back on the market.

Earlier this week, the Booker T. Washington product announced that after a commitment to Tulsa since May, he’s opening back up his recruitment and re-surveying the field. Tuesday morning, OU offered. OSU could be next.

A source told PFB that in the wake of his decommitment, OSU was among more than a dozen programs to reach out and contact the 2020 three-star standout, making him one of the more interesting in-state stars to follow. Here are some of the reasons to track him:

1. He goes to Booker T. Washington. OSU loves to mine the local talent well, and Booker T. perennially has some dudes. Oh, and if you didn’t know, five-star Bryce Thompson happens to be his high school and AAU teammate. That doesn’t hurt!

2. He can shoot it. No, like he can really shoot it. He averaged 18.5 points, led the Under Armour circuit in 3-pointers made per game (4.1) and in 3-point percentage (56%) playing for Run PWP, one of the top AAU programs in the state. And speaking of …

3. He plays for Oklahoma Run PWP. Yes, Boynton has shown he loves him some in-staters. But he especially loves the PWPers. He’s already offered and landed the Boone twins, who played for the team, and he’s hot on the trail for Bryce Thompson, Phipps’ teammate. OSU also offered Dayten Holman, a former PWP product.

I scouted Phipps a half-dozen times or so over the last year, and I can attest: he can really shoot it. The only questions I have about projecting him to the next level are his size and his shooting release. He’s only 6-1, 160 — good but perhaps not ideal — and his release — while it obviously works! — is maybe a little low. Still, it’s hard to argue the results. He can pull up and make shots off the dribble, and he can step into 3s above the break. All of that should bode well for him at the college level, and he’s still maturing physically.

With OU in the fold in an effort to potentially pair teammate Bryce Thompson up with Phipps, it’s possible OSU could be following the same model. Keep an eye on Phipps in the coming weeks (and months) to see if OSU does indeed jump aboard and make a push to land a package deal from Tulsa.